Las Vegas is known worldwide as the ultimate entertainment city. You can find everything in “Sin City”, no matter where you come from or how big your wallet is. The city is known for more than just its casinos. It is known for its music scene, its restaurants and bars as well as for its unique style and adventurous atmosphere.

Nashville: The cradle of country music Many people choose to go to Las Vegas to go to concerts, watch casino shows and live shows. Music is one of the city’s major attractions, but the Las Vegas music scene is not comparable to the one in Nashville.

According to usaers, Nashville is the state capital of Tennessee. If Las Vegas is the “city of sins” of the United States, Nashville is the “music city” of the country. The city is considered the birthplace of commercial country music, but it is possible to listen to several other genres in the city’s music restaurants and music halls. Along the street Printers Ally, visitors can find bars that play live music in genres such as blues, jazz, country, indie and rock.

It’s not hard to find music in Nashville. Usually it is enough to stop and go in the direction you hear the music. Two classical music destinations are Ryman Auditorium and Bluebird Café, where the Swedish country star Jill Johnsson has played. Anyone who specifically wants to listen to country and western music can visit the Ernest Tubb Record Store. Here you can buy old and new LPs and you can listen to new, promising musicians. Sometimes it happens that some really great artists show up and play, but it is important to stay around the store. It is seldom advertised who will play, or when.

For those who want to learn more about Nashville’s music history and the country genre, there is the Country Music Hall of Fame and the Musicians Hall of Fame. The first museum pays tribute to artists, bands and songwriters who have dedicated their lives to country music. The Musicians Hall of Fame is the first, and so far only, museum to be dedicated to musicians of all genres. Here are the instruments used by artists such as Jimi Hendrix, Simon and Garfunkel and The Mamas and Papas. 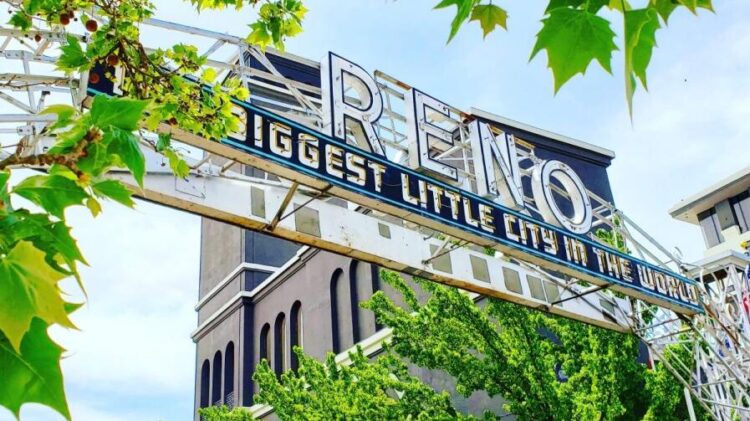 Not many people know that Reno in Nevada was actually the original casino city in the United States. Until the 1960s, it was to Reno that visitors from all over the country went to play at the casino. Then Las Vegas caught up and several casinos had to close. They could not compete with casino hotels such as The Venetian, Caesars Palace and Wynn, which are today some of Las Vegas’ most visited facilities.

Reno, on the other hand, has made a comeback and it is still considered a gaming and entertainment city, albeit on a much smaller scale. The city is usually called “the smallest largest city in the United States”, and that is a pretty good description. Some of the most popular casino hotels in Reno are Atlantis and Peppermill. The latter hotel was named Nevada’s Best Casino Hotel in 2005, beating all of Las Vegas’ casino hotels.

Sheet in Reno with the text “the biggest little city in the world”.

The interest in playing at the casino has increased during the 2000s, which has made it possible to compete with cities like Las Vegas. The increase is largely due to the introduction of online casinos. On these, players can access the same game without having to leave their home. They can play blackjack, spin roulette wheels and pull the levers on slot machines. Unlike land-based casinos, online casinos can offer their players a casino bonus , which can give players free bets on selected games or double their own deposit. This has contributed to the fact that the number of players has increased and that casino games are still relevant.

Reno shares several other similarities with its neighboring city, Las Vegas. There is a famous promenade which, instead of The Strip, is called Riverwalk. Some evenings it is transformed into a “Winewalk” and it is possible to go on guided tours between the street wine bars. You can walk in the large desert landscape that surrounds the city, visit museums such as the National Car Museum and much more.

As a tourist in the United States , there is a lot to think about. It is important to keep track of visas, insurance and passports. However, it does not take much time to find sights and activities. You can find lots of entertainment in big cities like New York, Los Angeles and San Francisco. There are also cities that offer the same entertainment as Las Vegas, and a little more. 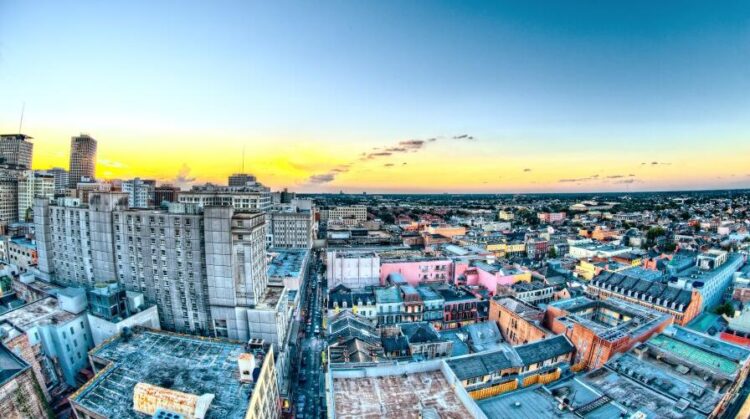 New Orleans is fighting with Nashville for the title of US Music City. In the city’s French Quarter, you can find live music both indoors and outdoors. Those who want to listen to jazz should go to Frenchmen Street and visit The Spotted Cat, Maison or Snug Harbor. Mardi Gras, which is celebrated in February, starts the city’s long festival season. In New Orleans, lots of music festivals are held throughout the year. Most famous is the jazz festival, which has attracted artists such as Katy Perry, the Rolling Stones, Deacon John and the New Breed Brass Band. Other festivals are Essence Music Festival and Satchmo Summer Fest.