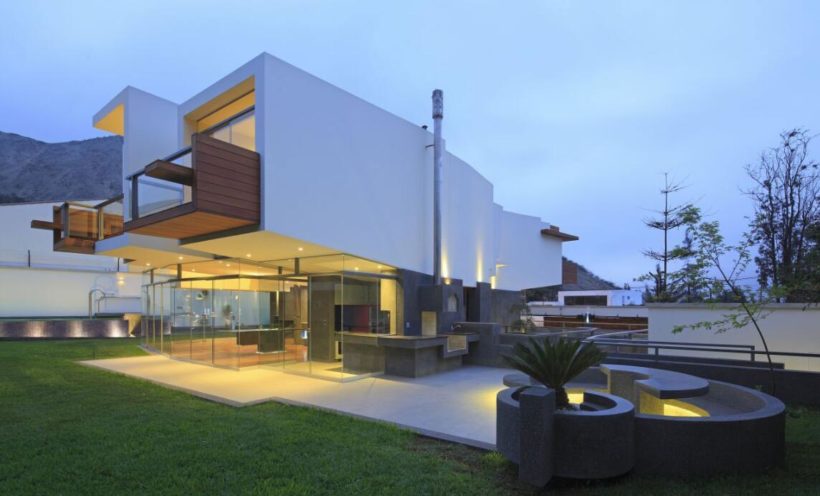 When the Spaniards invaded Peru, they encountered an Inca culture that also included an architecture of large and small cities, fortifications, roads and more. Much was built of sun-dried clay, while more significant buildings and facilities were characterized by highly developed stone work. The historic center of the ancient Inca capital Cuzco and the remains of the Machu Picchu fortress (late 1400s and early 1500s) are among the preserved. 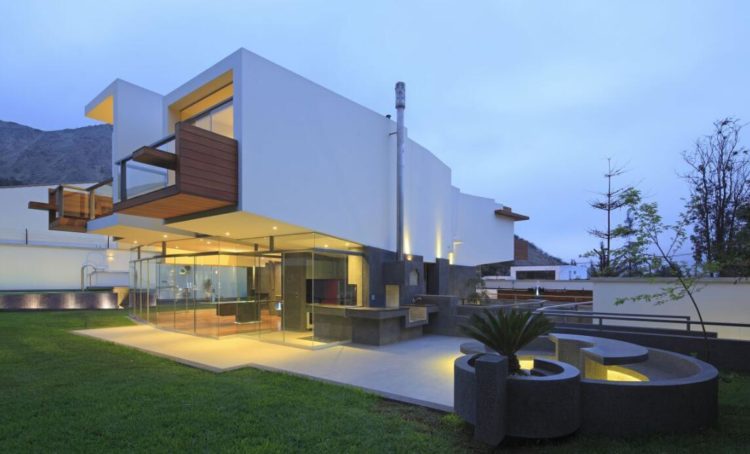 The earliest settlement in Spain

The earliest settlements of the Spaniards were mainly constructed of sun-dried clay (adobe). Some of this has been preserved, but there are examples of adobe churches in Ayacucho, including the monastery of Santa Clara (1568). The oldest part of the current cathedral in Lima, a hall church with Gothic rib vault (1598-1622), was built by architect Francisco Becerra. Cuzco has preserved examples of profane architecture from the 16th century, including the Renaissance palaces of Casa del Almirante and Casa de los Cuatro Bustos (now the Hotel Liberatador-Mariott). Other Renaissance monuments in the same city are the Monasteries of San Francisco and Santo Domingo (1550s).

The earthquakes that hit Cuzco in 1650 and Lima in 1656 formed the beginning of Peru’s rich Baroque architecture. The Cathedral of Cuzco, inaugurated in 1668, has become one of the first Peruvian Baroque monuments. Other examples are the Cathedral of Ayacucho (1672) and the Cathedral of Lima, which was rebuilt in 1755 and had flanking towers on each side of the main facade in 1794. By the end of the 1700s, rococo decorations were also incorporated. Examples are the palaces of Quinta de Presa in Lima (1767) and Casa de Moneda in Arequipa (1794).

The foremost exponent of neoclassicalism in Peru was the Basque architect Matias Maestro, who settled in Lima in 1793. Among his works in Lima are the redevelopment of San Pedro (1800–10) and the arch of Portada de las Maravillas (1818). After the liberation from Spain in 1822, there was a conscious resistance to Spanish influence in architecture and a reversal of French and Italian examples. An example is the rebuilding of the cathedral of Arequipa to the Renaissance (1834-47) by Lucas Poplete.

Around the middle of the 19th century, stability and an improved economy provided the basis for extensive new construction. The monuments of the period are characterized by a combination of historicalism and modern functions and technology. An example is the Hospital Dos de Mayo in Lima (1868–75, now the Museo del Hospital Dos de Mayo) in the classicist style by the Italian architect Mateo Craziani. Another example is the Palacio de la Exposición (1869–72, now the Museo de Arte), which was built for an international exhibition in 1872, with extensive use of steel structures.

Around 1900, a neo-colonialist style emerged. An example is the Palacio Arzobispal in Lima, which was rebuilt in 1916.

Peruvian architecture in the 20th century has largely been a reflection of developments in Europe and North America. The 1950s were influenced by the influence of Le Corbusier, Frank Lloyd Wright and Mies van der Rohe, but also of the formal expressiveness of Brazilian architecture. The architecture is now more strongly influenced by the Corporate Image thinking prevailing in the United States, by the establishment of multinational companies with buildings in an internationally incomparable modernism.

However, there are architects who try to revive pre-Columbian values ​​as a basis for a local regional architecture. Among these are Juvenal Baracco; In a number of individual residences and larger facilities, such as the Peruvian Air Force Officers’ School, he seeks a fusion of international impulses and traditional values.