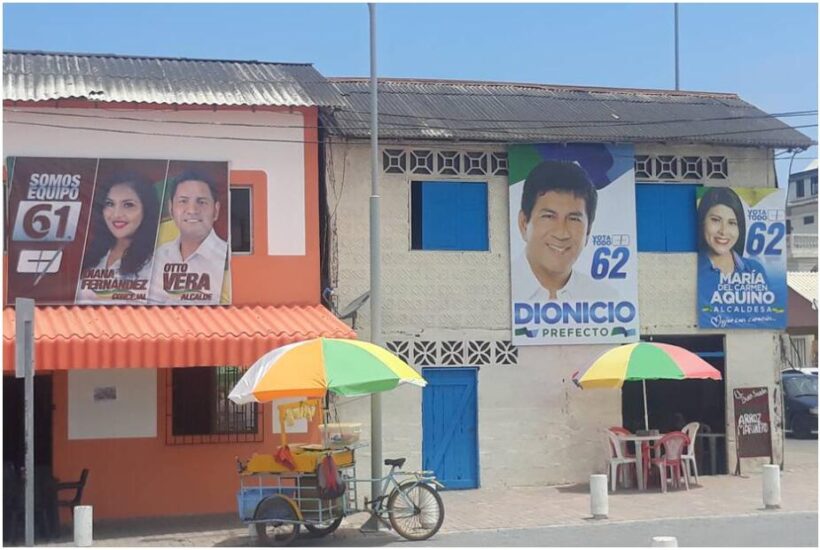 The Ecuadorian elite, originally recruited from the large landowners of the highlands and the coast, ruled the country as an oligarchy for centuries, but the middle class has grown in importance in recent years, especially the Lebanese immigrants, who not least repeated with Mahuad Times appointed a president. The military remains an important power factor. As in other Latin American countries, the importance of civil society has increased. The weakness of civil society organizations but still lies in their fragmentation, ie the individual organizations often represent contradicting particular interests.

Elections and other forms of political participation by the population

The last presidential and parliamentary elections took place in 2017. On February 19, the first round of the presidential election took place. Lenín Moreno received 39.2% of the vote. He announced that he wanted to continue Correa’s course. In the runoff election on April 2, Moreno competed against former banker Guillermo Lasso, who achieved the second-best result with 28.1%. According to the official election results, Moreno (51.16% of the vote) narrowly prevailed against Lasso (48.84%). The 64-year-old Moreno took office on May 24, 2017.

In the elections to the National Assembly, the ruling party Alianza PAÍS emerged as the strongest party with 74 seats, despite significant losses compared to the 2013 elections, followed by the new party Creando Oportunidades (CREO) of the defeated presidential candidate Guillermo Lasso with 34 seats and the Partido Social Cristiano (PSC) with 15 and some smaller parties. In July 2018, 28 MPs from Alianza PAÍS split from the group and founded a new party called Revolución Ciudadana. The members see themselves as followers of Correra. Since then, Moreno has been dependent on the support of the opposition.

In the regional and local elections on March 24, 2019, the Alianza País suffered significant losses. The winners were the group split off from Alianza País and the Revolución Ciudadana, which is close to the former president Rafael Correa, as well as the social democratic party and numerous regional groups and alliances.

The outstanding political event in recent years is the self-confident appearance of the organized indigenous peoples of Ecuador in the form of the Confederation of Indigenous Nations of Ecuador CONAIE. Although its institutional influence is still limited, it has, however, over its actions (occupation of parliament or support of the opposition) attracted public attention. Quite a few actors in Ecuador regularly try to hinder the work of CONAIE, including death threats and even assassinations.

Some of their demands, such as the definition of Ecuador as a multi-ethnic state or the declaration of the rights of the Indian population and Afro-Ecuadorians, have found their way into the new constitution of 1998. The Indian organizations also played a central role from the general strike of July 1999 until the military coup in January 2000. In the meantime, however, there has been a break between the government and CONAIE.

Press and other public media, freedom of the press

On June 14, 2013, the Ecuadorian parliament passed a highly controversial communications law, which many observers see as a restriction on media freedom. It is undoubtedly one of the most controversial issues in Ecuador in recent years. The main online media in Ecuador include the conservative daily El Comercio, Vistazo magazine and the La Hora portal. The latest news on Ecuador can also be found in the online newspaper Southamerica Daily. German-language press products are also available in Ecuador.

As a country located in northwestern part of South America according to computerannals, Ecuador has made progress in the fight against corruption in recent years. On the Corruption Perception Index (2018) by Transparency International, Ecuador ranks 114th out of 180 countries listed. The lower a country is on the index, the higher the corruption rating based on the underlying indicators. Ecuador’s position has improved significantly in recent years – by 36 positions since 2007 alone. However, Ecuador is currently heavily involved in the global corruption scandal surrounding the Odebrecht group, the largest industrial group in Brazil. Ecuador is one of nine Latin American countries in which Odebrecht claims to have paid government employees bribes since 2001. Around 100 projects have been secured in this way. Investigations have been launched against numerous politicians and state employees. In December 2017, the Ecuadorian Supreme Court found former Vice President Jorge Glas and eight other defendants guilty of accepting bribes and awarding Odebrecht public contracts for the construction of oil infrastructure projects. Glas, who has always pleaded innocence, was sentenced to six years in prison. In October 2018, Glas went on a hunger strike one that he broke off the following December for health reasons. In February 2019, allegations of corruption were raised against Lenín Moreno for the first time. Accordingly, the president’s family is involved in an offshore company in Panama.

On September 17, 2019, it became known that the personal data of almost the entire population of Ecuador had been published online. Apparently 17 million people are affected, including almost 7 million minors. The data of the Ecuadorian President and the Wikileaks founder Julian Assange were also made public. According to previous knowledge, the data came from an unsecured server belonging to the Ecuadorian marketing and analysis company Novaestrat.