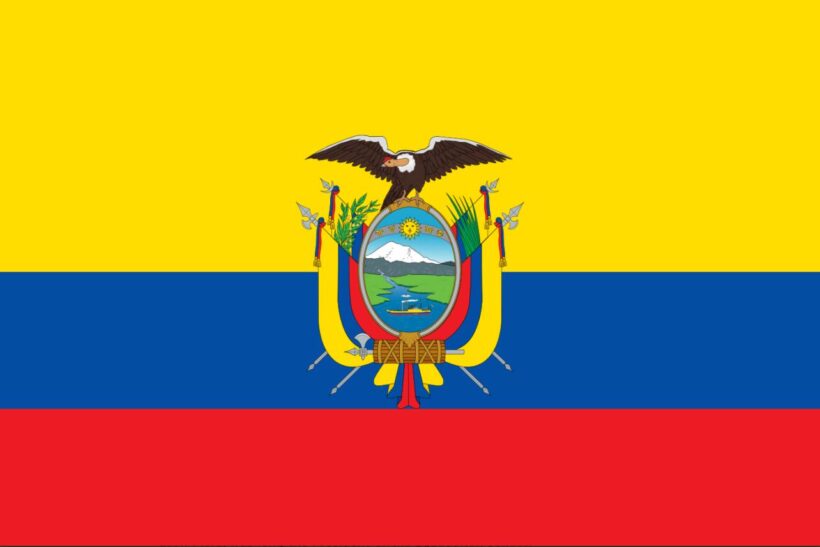 Relations with multinationals and the World Bank

In 2013, the National Court of Ecuador fined the US oil company Chevron to a fine of US $ 9.5 billion for pollution in the Amazon region. In March 2014, however, a New York court dismissed the motion of Ecuadorian plaintiffs trying to enforce the verdict in the United States. In June 2017, the US Supreme Court upheld this ruling, ending the litigation, which ended in a victory for Chevron.

Ecuador’s relations with the World Bank reached a low point in 2007, which at the end of April 2007 resulted in President Rafael Correa having the World Bank representative in Ecuador, Eduardo Somensatto, expelled. In the meantime, however, relations have largely returned to normal.

Relations with the EU

Although Ecuador has now achieved the status of a high middle income country, the EU decided to continue bilateral development cooperation until 2020. A budget of 67 million euros has been available for this since 2014. The aim of the cooperation is to promote sustainable and inclusive growth at the local level and to strengthen sustainable trade. Ecuador also benefits from the EU’s strategic cooperation and regional cooperation program with Latin America, which has a total volume of EUR 805 million over the period 2014-2020. In the past few years, the negotiations on the future uniform EU tariff for bananas, the previous EU banana market organization replaces, of great importance for Ecuador. As the largest Latin American banana exporter to the EU, the country was Latin America’s negotiator. An agreement was reached in 2009 and a major trade problem was thus resolved. This opened the door to a trade and development agreement that the EU and Ecuador signed in 2014. It came into force in January 2017 and led to a significant increase in Ecuadorian exports to the EU in the first year.

The most important topics in bilateral relations are trade and investment, development cooperation, environmental policy and dual training. Germany is one of the most important trading partners of Ecuador and the most important European exporter to Ecuador. German exports to Ecuador amounted to 450 million US dollars in 2017, imports from Ecuador to 511 million US dollars. This means that 3.15% of Ecuadorian exports went to Germany in 2017. The Ecuadorian government has decided to introduce the dual vocational training system based on the German model throughout Ecuador and to set up 40 new vocational training centers for this purpose. Germany is also one of the largest bilateral donors of development cooperation with Ecuador, a country located in northwestern part of South America according to computergees. In February 2019, Federal President Frank-Walter Steinmeier made a state visit to Ecuador and opened the Humboldt Year at the Catholic University in Quito. The program also included a visit to the Galapagos Islands – the first by a German head of state.

Relations with the USA

The relations between the governments of Ecuador and the United States have been strained since the inauguration of Rafael Correa in January of 2007. The first point of contention was the future of the American military base in Manta. In 1999, the two countries signed a ten-year agreement that enabled the US to conduct military air missions against drug cultivation in Colombia. The treaty was not popular among the Ecuadorian population, however, and so the agreement – also on the basis of the 2008 constitution, which forbids foreign troop stationing – was ultimately not extended. In September 2009 the last US soldier left the base in Manta. In June 2010, then Secretary of State Hillary Clinton visited Ecuador. Bilateral relations suffered a severe collapse when, at the beginning of April 2011, US Ambassador Hodges was expelled from Quito after statements about US telegrams published in Wikileaks were unsatisfactory from an Ecuadorian perspective. Two days later, the Ecuadorian ambassador to Washington was deported. Relations have improved significantly under the Moreno government. In May 2018, the two states signed an agreement on cooperation on security issues. The main focus is on combating drug, arms and human trafficking as well as money laundering. At the end of June 2018, a visit by US Vice President Mike Pence resulted in further rapprochement between the two states. This trend continued in May 2019 with a visit by US Vice Secretary of State David Hale to Ecuador. Several agreements in the fields of security, democracy and social development have been signed. It was also agreed that the US development agency USAID will return to Ecuador.

“China funds half the planet, including the United States. Why they should therefore not also finance development projects in Latin America and Ecuador, “said Correa described in July 2011, the motivation of Ecuador, the relations with China to strengthen. China, whose influence in Latin America is growing steadily, has already granted several billion loans to Petroecuador, Ecuador’s state oil company. Overall, Chinese loans already account for 4% of Ecuador’s GDP. Chinese companies will also be involved in the mining of copper, gold and silver in Ecuador in the future. The trade between the two nations has risen sharply over the past five years. At the end of 2016, the two countries agreed a comprehensive strategic partnership. However, the darker side of this relationship is becoming increasingly apparent. The gigantic Coca Codo Sinclair (CCS) hydropower plant, built by Chinese companies 150 kilometers from Quito, was supposed to become a symbol of the energy transition heralded under the Correa government. The largest infrastructure project in Ecuador produces 30% of the country’s energy needs. But the supposed showcase building is an overpriced project of inferior quality, as a recent report by the National Audit Office revealed. Since July 2020 this has ensured the repeated presence of one Chinese fishing fleet of around 260 this time off the Galapagos Islands for resentment in bilateral relations. Although the fleet threatens the unique ecosystem of the islands, Ecuador lacks legal control, as the ships were barely in international waters and not in the exclusive 200 nautical mile zone of Ecuador. However, it is reported that some boats often switch off their Automatic Identification System (AIS), which means that it is no longer possible to determine where they are fishing. In part, 99 percent of the fish caught off the Galapagos Islands are currently said to be made by Chinese boats.