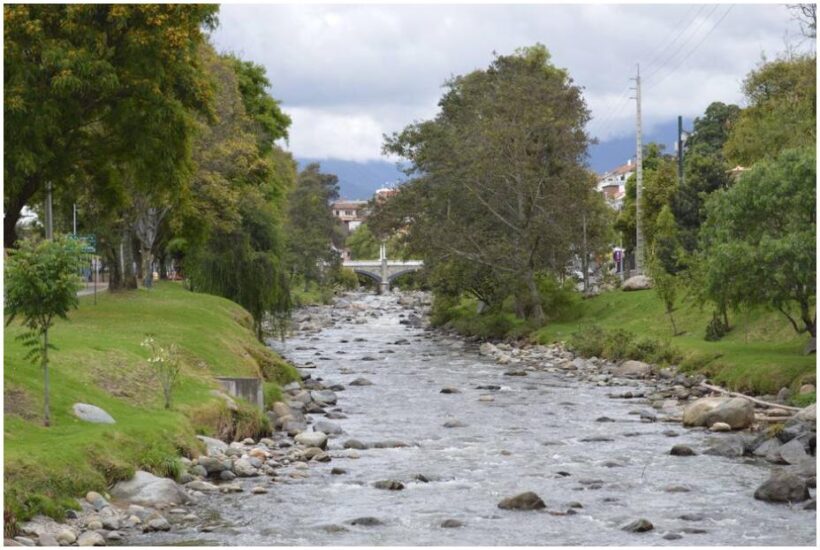 Ecuador owes its name to the equator line, which runs about 15 kilometers north of the capital Quito and was measured there by a French expedition in 1736. Due to this geographical peculiarity, Ecuador is “en la mitad del mundo”, in the “middle of the world”.

The Andes divide the country into three different regions: the coastal plain (Costa), the high mountain range of the Andes (Sierra) and the Amazon region (Oriente). These areas can be differentiated by climate, landscape, type of production, land ownership and settlement. The highest point in the country is the 6310 meter high Chimborazo. The Galapagos Islands, which are off the mainland about 1000 kilometers to the west, also belong to Ecuador. They are famous for the unique diversity of rare animal species. The geographical diversity is so impressive of the country on the one hand, it makes the economic and political integration of the Ecuadorian nation difficult on the other. The road network between the big cities, for example, only emerged in its current form since the 1960’s. The eight active volcanoes of Ecuador pose a latent threat to humans and the environment, as in the case of the ash-spitting Tungurahua. The volcano south of the capital Quito has been active again since 2006. Since then, the volcano has erupted several times, most recently in July 2013, in February and April 2014 and in April 2015. In February 2020, the volcano also known as the “Black Giant” showed signs of a possible impending structural collapse that could cause a huge landslide. The Cotopaxi, which last erupted in 1877, has also been active again since August 2015. In May 2019 and most recently in September 2020 the Sangay volcano erupted, the most violent eruption of this volcano in almost 400 years. The Sangay is 5235 m high and is located in the southeast of the Ecuadorian Andes.

The longest rivers of the coastal plain are the Río Daule and the Babahoyo, which flow together to form the Río Guayas. Other major and important rivers in the country are the Río Napo, Río Esmeraldas, Río Cayapaso, and Río Pastaza.

As a country located in northwestern part of South America according to a2zgov, Ecuador is part of the ” Pacific Ring of Fire “, a subduction zone that is responsible for earthquakes along almost all of the coasts of the Pacific Ocean. However, most earthquakes in Ecuador are not caused by inland faults. On April 16, 2016, Ecuador was struck by a severe earthquake measuring 7.8. The epicenter was about 27 km south-southeast of the city of Muisne in the north-west of the country (Esmeraldas province) at a depth of 19 kilometers. A coastal strip around 100 kilometers wide west of the capital Quito was particularly affected. Worst hit was the coastal town of Pedernales, with a population of 50,000 that was completely devastated. There was also serious destruction in Guayaquil and Manta. The earthquake killed at least 650 people and it is estimated that 16,600 were injured. Ecuador’s then President Rafael Correa spoke of the worst disaster in the country in 67 years. Back in August 1949, the city of Ambato was hit by a 6.3 magnitude earthquake. 6000 people were killed and numerous villages were destroyed. Another earthquake struck on May 18, 2016, again primarily affecting the Esmeraldas province. The magnitude 6.8 quake had no devastating effects. On February 22, 2019 the country – 320 kilometers east of Guayaquil – was shaken by another quake. The strength was 7.6; There was no major damage in the sparsely populated area.

There is a warm, tropical or subtropical climate with great differences between the Andean region and the coast. In the mountain valleys of the Sierra there are strong temperature fluctuations during the day. In a day, the temperature can fluctuate between 7 to 22 degrees Celsius. On the coast, rainfall decreases from north to south. The driest time is from June to November. The daytime temperatures on the Costa are 27-30 degrees Celsius, at night it cools down to around 20 degrees Celsius. In the Amazon basin and in the northern coastal lowlands it is hot and humid. Ocean currents are responsible for the two seasons in the Galpagos Islands; In the first half of the year it is mostly sunny, the water temperature is around 23 degrees, but heavy tropical rain showers occasionally fall. It is hazy during the dry season in the second half of the year, the water temperature is colder due to the Humboldt Current. At the beginning of 2008, Ecuador experienced the severe floods that have struck the country again and again since then (most recently in 2017). In 2009, a severe and prolonged drought in the southern Andes plunged Ecuador into an energy crisis. In early November 2009 the government declared an energy emergency. Due to the persistent drought, the country’s hydropower plants were no longer able to meet their energy needs. A warm ocean current appears at irregular intervals on the Pacific coast, which leads to extreme climatic changes in the affected regions. The strongest El Niño event observed so far, in 1982 and 1983, triggered floods and landslides in Ecuador after days of continuous rainfall. The consequences of the Niño Current in 1998 were also devastating; In April 2017the weather phenomenon caused unusually large rainfall again. 27 people were killed and 120,000 were directly affected by the floods. 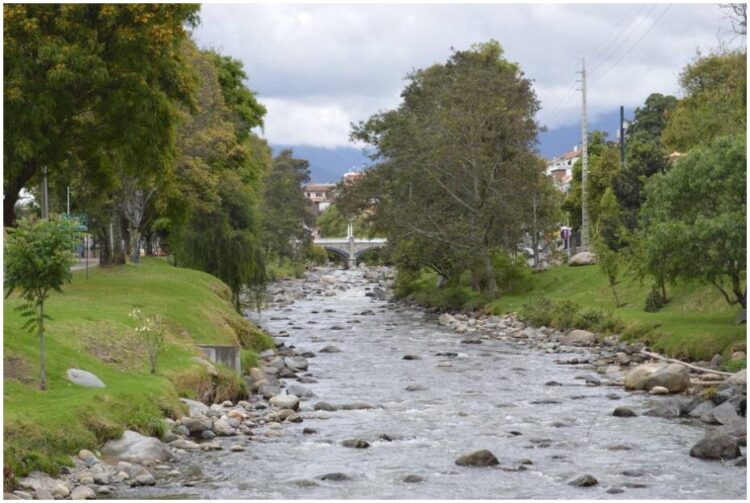