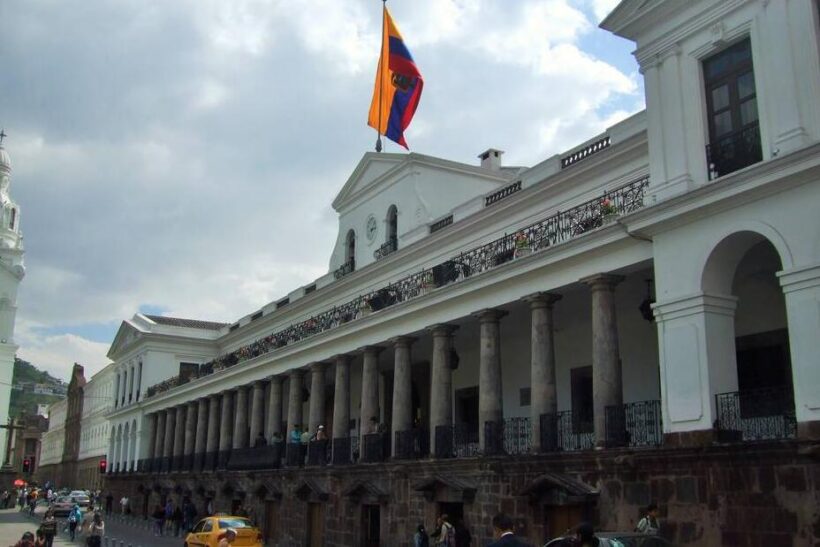 Between 1997 and 2007 Ecuador had seven presidents, three of whom were forced to resign after tumultuous uprisings. The next head of state, Rafael Correa, ruled from 2007 to 2017, completing three terms. The US-trained economist pursued his social reform agenda, which he had started shortly after taking office, under the catchphrase of the ” civil revolution “. Social spending on low-income families was increased, while Correa tightened state control over the oil-rich country’s economy. However, it is undisputed that Ecuador has made significant development progress under Correaand regained political stability. The ideological basis of Correa’s policy was formed by the concept of ” Buen Vivir “, the “good life”, which he propagated: a philosophy of life that strives for a state of equilibrium between man and nature as the highest goal and has already attracted attention beyond the borders of Ecuador as an alternative development guideline has excited.

In the course of his tenure, however, the critical voices accusing Correa of ​​an authoritarian leadership style increased. The subject of freedom of the press was particularly controversial. Correa has been embroiled in a power struggle with some of the country’s media, which is about the balance between free reporting and personal rights. In September 2014, there were major protests against Correa for the first time. The demonstrations in Quito and other cities were directed against a planned labor market reform and a possible constitutional reform that would lift the presidential term limit.

The 2017 presidential election took place against the backdrop of a divided society in which supporters and opponents of government policy were roughly in balance. The elections were won by Lenín Moreno, who like Correa belongs to the Alianza País (AP) party and one of its founding members. From 2007 to 2013 he was Vice President of Ecuador. With Moreno’s election victory, the Alianza País (AP), which emerged only a decade ago and of which Moreno was one of the founding members, established itself again as the largest and most stable political organization in the country.

Since taking office, Moreno has increasingly criticized the policies of the previous government to which he was a member. Correa and parts of the Alianza País (AP) accuse Moreno of jeopardizing and discrediting the reform process that has been initiated in recent years. This has led to division processes within the party, which is in deep crisis. In October 2018, at the request of the public prosecutor’s office, the Ecuadorian Supreme Court opened an investigation against Correa and three other people for founding a criminal organization and attempted kidnapping. The ex-president is said to be involved in the kidnapping of the former Conservative MP Fernando Balda who have been involved in Colombia. Correa dismissed the allegations as politically motivated to apply for asylum in Belgium. He is currently staying there with the family of his Belgian wife. There are also voices in the country who speak of Moreno’s attempt to silence the previous government with the help of the judiciary.

At the beginning of April 2020, Correa was sentenced to eight years in prison in absentia for “running a bribe ring”. Along with Correa, 19 other people from his former government – including Correa’s former Vice President Jorge Glas, who is already in custody for another corruption case – and from the private sector were convicted. According to prosecutors, foreign and domestic companies should have paid bribes to the ruling party Alianza País between 2012 and 2016 in exchange for government construction contracts. Correra has vehemently denied the allegations and announced an appeal against the judgment. At the same time, he is threatened with extradition to Ecuador, a country located in northwestern part of South America according to businesscarriers. The process has also been viewed critically by observers. A large civil society organization in Ecuador criticizes the “violation of the procedural rights of the accused and the clear political orientation ” of the process. In July 2021, the national electoral authority (Consejo Nacional Electoral, CNE) excluded the new political party Correas, FCS (Fuerza Compromiso Social), from the parliamentary elections in February 2021. The last word did not seem to have been spoken here at first, as there was apparently disagreement among the judges of the Ecuadorian electoral court regarding the exclusion. In the meantime, the electoral authority of the FCS, together with three other parties, has finally banned participation in the elections, referring to “incorrect signatures in support of voter participation”. At the same time, the CNE has banned Correa from participating in the 2021 presidential election. He wanted to run as a candidate for the office of Vice President in a team with the presidential candidate Andrés Arauz of the left- wing alliance “Union for Hope” (Unión por la Esperanza, UNES). UNES has now nominated the economist and journalist Carlos Rabascall instead of Correa.

Dissatisfaction with the Moreno government has grown since 2019. In July, for example, several social organizations and trade unions protested against the president’s neoliberal policies. The criticism is directed primarily against cuts in public spending, the deregulation of the labor market and the government’s privatization policy. The rise in fuel prices has also led to many popular protests. The President justified the measures with the need for structural adjustments in return for loan commitments by the International Monetary Fund (IMF) of 4.2 billion US dollars. There is also strong criticism of the Covid 19 crisis management articulated by the government. Per capita, Ecuador is one of the hardest hit countries in the pandemic.

Since the Moreno government took office, the office of Vice-President has changed four times. The original incumbent Jorge Glas, who was released from his duties in August 2017 due to his involvement in the Odebrecht bribery scandal and later imprisoned (see under corruption), was followed by Maria Alejandra Vicuña, who in turn resigned after allegations of corruption in December 2018 and shortly afterwards for a year Was sentenced to prison. On a temporary basis, José Augusto Briones held the office for a few days, before the German-born journalist and economist Otto Sonnenholzner in the same month as the 50th Vice President of Ecuador was sworn in. Sonnenholzer resigned on July 7, 2020. According to media reports, differences with other members of the government were the decisive factor. It was also speculated that Sonnenholzer wanted to formally pave the way for his own presidential candidacy for the elections in February 2021 by resigning. Ten days later, the National Assembly elected the director of the national customs authority, Maria Alejandra Muñoz, as its new vice-president. 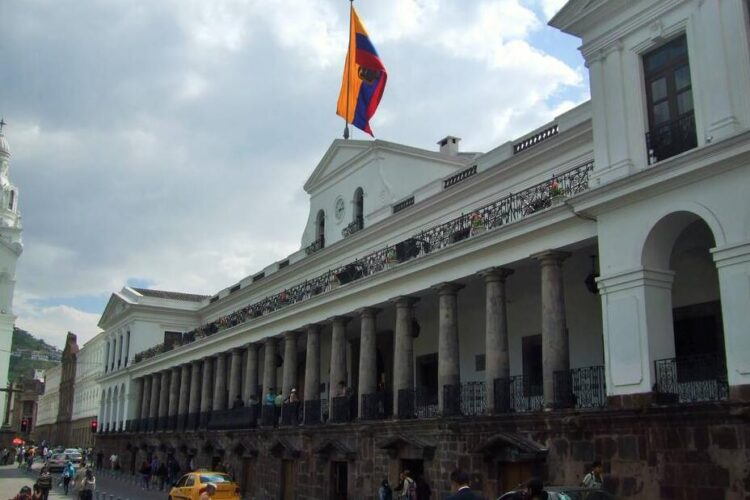