In today’s territory of Ecuador, several small, largely independent tribal areas existed in the pre-Inca era between the great empires of the Chimu in the south and the Chibcha in the north. In the 15th century, the Inca conquered the area as far as the area of Pasto (today southern Colombia) in protracted battles against the Quitu-Cara and established the capital Quito as the northern capital of their empire. From here the last Inca emperor Atahualpa gained power in a brief civil war against his brother Huáscar.

Spanish colonial rule lasted about 300 years in Ecuador. It began with the arrival of the Spaniards in 1532 and ended with independence in 1822. In 1823 Simón Bolívar created Greater Colombia, which included Ecuador (then Audiencia de Quito), Venezuela, and Colombia. The Republic of Ecuador finally emerged in 1830 from the collapse of Gran Colombia.

In the history of the country, five distinct phases can be distinguished, which are presented here in an overview:

The first phase extends from the beginning of the second half of the 19th century to the First World War and was determined by a steady increase in cocoa exports. During this epoch, the socio-political disputes were limited to parts of the upper class. It was essentially about conflicting interests of two camps: on the one hand, the protectionist, domestic market-oriented large landowners in the highlands who were connected to the clergy and, on the other hand, the liberal plantation owners, merchants and financial circles of the coastal area who were oriented towards the world market.

After the decline in cocoa production from 1916 onwards, partly as a result of falling world market demand, a deep economic crisis occurred that lasted into the 1940’s. It was during this period that most of the remaining left-wing political parties, trade unions and populist movements emerged.

The banana boom set in at the beginning of the 1950’s and lasted for two decades. During this time, the previously existing pre-capitalist modes of production in the agricultural sector were almost completely abandoned. In connection with the onset of industrialization, today’s Ecuador emerged with its infrastructure and marketing as well as the two major city centers Quito and Guayaquil. At the same time, the era of the banana boom left behind those economic and socio-political problems (foreign debt, unequal distribution of wealth, unemployment, etc.) with which the country is still confronted today.

When large amounts of oil could be exported for the first time in 1972, the last phase of economic prosperity in Ecuador began. The end of this epoch roughly coincides with the overcoming of military rule. However, oil continues to play a central role in the economy of Ecuador. The country draws almost a third of its income from ” black gold “, which, however, also poses an increasing environmental challenge.

The 1979 constitution introduced the fifth chapter in the history of the Ecuadorian state and is characterized by a democratization process, but also by an intensification of political, economic and social problem areas. One of the most important events in recent history is the 1998 solution to what was once the biggest foreign policy problem in Ecuador, the settlement of the border conflict with Peru that has simmered since independence.

The connection between the economic situation and political rule has shaped the history of Ecuador. During the cocoa and banana boom, the country was ruled by conservatives and liberals without military intervention. If, on the other hand, the economic conditions deteriorated, self-appointed military dictators (Caudillos) or power through “real” caudillos carried by the people. Most of the time, Ecuador went through political crises. “The caudillo denotes a type of authoritarian rule that is not institutionally anchored and is primarily based on the personal leadership qualities of the ruler. It does not recognize any state institution or higher authority and at best subordinates itself to more powerful representatives of its species” (Karl-Dieter Hoffmann: Military rule and Development in the Third World. The case of Ecuador, Saarbrücken and Fort Lauderdale 1985, pp.249f.). The Caudillio José María Velasco Ibarra, whose political ideas as ‘Velasquismo’ had a following from 1833 until well into the 20th century, gained special significance.

As a country located in northwestern part of South America according to aristmarketing, The country now looks back on the longest democratic period in the history of Ecuador as an independent republic. At the same time, however, the formal democratic system continues to be massively undermined by informal factors such as corruption, the personal interests of individual politicians and family clans, and political scandals, with the overall situation and the political landscape clearly increasing during Rafael Correa’s presidency (2007-2017) change and improve in the process. The assessment of political developments under his successor Lenín Moreno is mixed. During Freedom House a ” strengthening democratic governance”; recognizes greater freedom of the press and the lifting of restrictions for civil society actors, other observers speak of an ” institutional crisis in Ecuador “in which the president is steadily losing credibility. 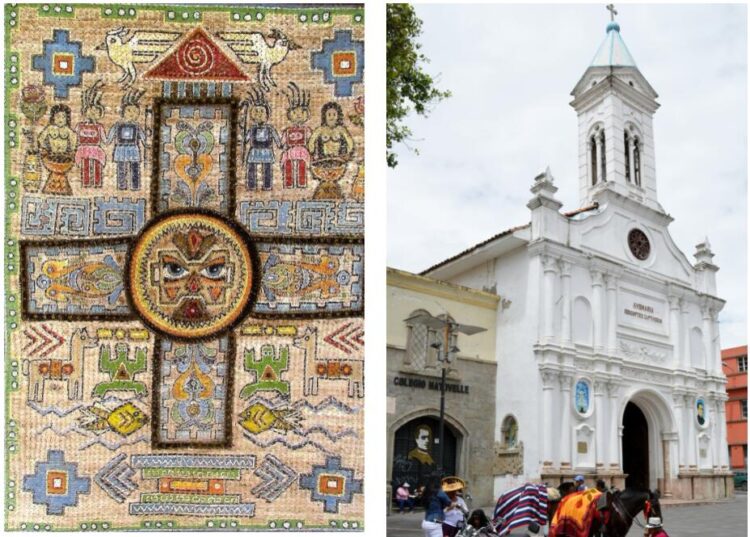