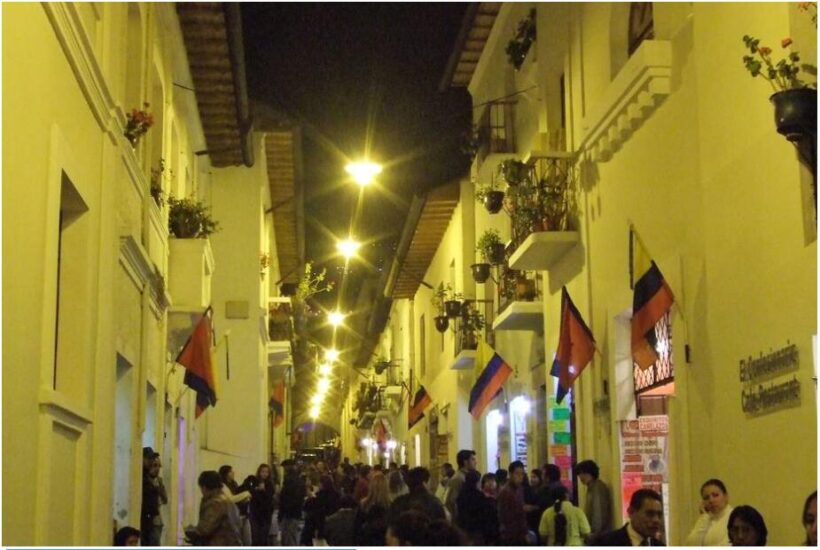 As a country located in northwestern part of South America according to cheeroutdoor, Ecuador is a presidential republic with representative democracy and a multi-party system. The liberal revolution of Eloy Alfaro, which began in 1885, was an important stage on the way to the development of today’s state. He was President of Ecuador twice (1895-1901 and 1906-1911). He is considered to be the outstanding liberal politician in the history of his country and a central figure in political life at the turn of the 19th and 20th centuries. Alfaro ensured the separation of church and state, secularized the education system, introduced religious freedom and civil marriage and abolished the death penalty. Alfaro founded various educational institutions and devoted himself more than his predecessors to the indigenous and women question, and improved the legal position of both groups.

Despite various decentralization efforts in recent years, the political system in Ecuador is still centralized. Political power lies mainly with the president and thus in the capital Quito. In practice, however, political power has to be constantly balanced between the two major regions of the Costa and Sierra, with their centers of Guayaquil and Quito. In 2010, the then Correa government began, as part of the Buen Vivir concept, to implement plans for an extensive restructuring of the national administration at regional and local level. In this way there are nine new administrative zones that each bring together several provinces and should serve the better coordination of national and regional planning and decision-making levels. The cooperation between provinces of different geographical regions taking place in the zones is also intended to reduce the traditional contrast between Sierra and Costa.

In October 2008 a new constitution came into force, which grants the president significantly more power. In a referendum, almost 64 percent of the electorate voted for the new constitution. The 444 articles allow, among other things, a one-time re-election of the head of state. In addition, the president may in future dissolve parliament and schedule new elections. The new constitution also strengthens the role of the state and relies on a “social and solidarity-based” model of society. It aims to prevent the country’s natural resources from being sold off and prohibits the stationing of foreign troops on Ecuadorian territory. In addition, the constitution provides for the introduction of a free education and health care for all, a goal that has not yet been fully achieved.

The President and Parliament, the 137-seat National Congress, are directly elected on the same day. The president is both head of state and head of government. The legislative function is exercised jointly by the government and the National Congress. The last presidential and parliamentary elections took place on February 19, 2017. According to the previous constitution (from 1998), the Congress consisted of 100 MPs (diputados) based in the capital Quito. The MPs were elected to represent the provinces for a four-year term. Each of the 24 provinces had at least two MPs, and more populous provinces received additional seats. TheThe Constituent Assembly of Ecuador passed a decree on its first day of session on November 30, 2007, according to which the Congress would take an indefinite break from session. On April 26, 2009, new elections were held for the parliament, which has since been called the National Assembly. The new constitution has significantly weakened the legislature’s power to counterbalance the president. It is elected through national and provincial lists.

In the elections to the National Assembly on February 19, 2017, the ruling party Movimiento Alianza Pais won the majority with 39.07% of the vote and 79 seats, but lost 26 seats compared to the 2013 elections.

In February 2018, the majority of the electorate voted in a referendum ordered by President Moreno to limit the term of office of politicians to a maximum of two terms. This abolished the unlimited re-election that was introduced in 2015 under the then President Rafael Correa. Another motion that provides that people convicted of corruption should be excluded from participating in the country’s political life also met with great approval. In addition, their property can be confiscated.

Flag and other national symbols

The colors of the flag of Ecuador symbolize: gold for the wealth of Ecuador; Blue for the natural beauty of Ecuador, the sky and the sea; Red for republican freedom and independence and the blood that was shed for it.

The coat of arms of Ecuador (official name: Escudo de armas del Ecuador) was established in its current form in 1900, but largely goes back to the version from 1845. The heraldic shield shows the Chimborazo volcano in the background, the river flowing from it represents the Rio Guayas – the two symbols for the beauty and wealth of the Sierra and Costa. The steamship floating in the river also bears the name Guayas; it was built in Guayaquil in 1841 as the first seaworthy steamship on the South American west coast. The condor sitting above the coat of arms stretches its wings as a symbol of the power, size and strength of Ecuador.

“Volley, Oh Patria!” (We greet you, our homeland!) Is the national anthem of Ecuador. The author of the words, Juan Leon Mera, was long president of the Equadorian Senate. The song was composed by Antonio Neumane and adopted as an anthem in 1886. 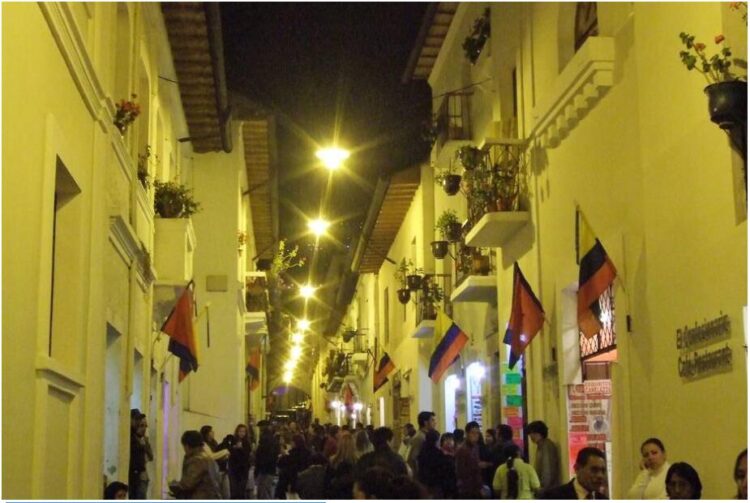