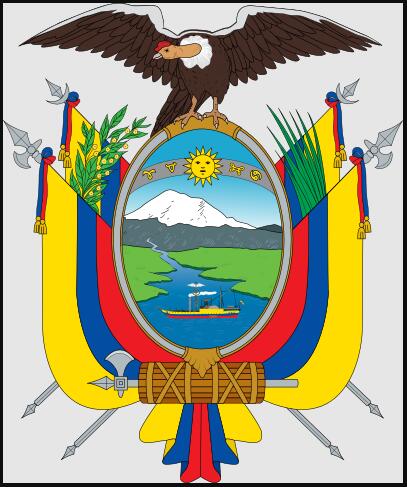 After relations with Colombia were heavily strained between 2006 and 2009 and were completely interrupted for 20 months, a process of normalization began in November 2009 , which was provisionally concluded in January 2011 with the exchange of ambassadors.

In 2006, machines of the Colombian Air Force broke into the airspace of the neighboring country several times while pursuing rebels of the guerrilla organization Revolutionary Armed Forces of Colombia (FARC). In September 2005, soldiers of the Ecuadorian army discovered and dug a FARC base on their territory. The rebel refuge was in northern Ecuador, 200 meters from the border with Colombia.

On March 1, 2008, the Colombian military penetrated again into Ecuadorian territory and killed the deputy Farc leader Raúl Reyes and at least 23 other rebels, as well as an Ecuadorian and four Mexican citizens in a combined air and ground attack. Ecuador and Venezuela, which had also strongly condemned the military action, then stationed soldiers on the borders with the neighboring country.

According to reports from the Armed Forces of Ecuador, there had been 55 illegal border crossings between the two countries by 2008. Although the two countries are now on friendly terms again, Colombian guerrillas from the FARC and paramilitaries continue to penetrate the difficult-to-control border into the northern Ecuadorian provinces, which also serve as areas of refuge and recreation.

In April 2018, members of the Oliver Sinisterra Front, a splinter group of former FARC rebels, murdered an Ecuadorian reporter team in the border area. The reporter Javier Ortega, the photographer Paúl Rivas and their driver Efraín Segarra were abducted in March. The journalists had been doing research in the border region between Ecuador and Colombia for a report on guerrilla fighters who oppose the peace process between the Colombian government and the rebel organizations. Interior Minister César Navas and Defense Minister Patricio Zambrano resigned as a result of the events.

On October 26, 1998, the peace agreement between Peru and Ecuador was signed, which put an end to the 50-year-long border conflict that escalated into a border war in 1995. The demarcation was ended on May 15th, 1999. In June 2017, Ecuador apparently began building a border wall to prevent illegal activities such as smuggling between the two countries. Shortly thereafter, however, the project was stopped due to Peruvian protests.

During Rafael Correa’s presidency, Bolivia, Ecuador, Colombia, Venezuela and Perú made a new attempt to integrate their countries more economically and politically into the Andean Community. The goals of the Andean Community are intensive regional cooperation on a political, legal and economic level, the improvement of the living conditions of the population, the gradual establishment of a common market and the better positioning of the region on the world market. However, the future importance of the Andean Community has been called into question by the emergence of new regional organizations. The “Bolivarian Alliance for the Peoples of our America”, founded by Venezuela and Cuba in 2004, was given high priority.(ALBA) who joined Ecuador in 2009. Relations with other regional groupings – such as the EU and Mercosur – should also be strengthened. In May 2018, Ecuador announced that it would join the Pacific Alliance, which was founded in 2012. The organization has so far been full members of Chile, Peru, Colombia and Mexico. However, the government under President Moreno did not implement this plan and has since turned its back on Latin American integration projects in general and the UNASUR and ALBA organizations in particular. Instead, Ecuador supports the US foreign policy guidelines for the region.

In the recent history of Ecuador, poverty and economic crises have repeatedly contributed significantly to waves of migration. It is estimated that between 10% and 15% of Ecuadorians have left their homes in the past 25 years. There are currently between 1.5 and 2 million Ecuadorians living abroad – most of them in Spain, followed by Italy. However, the estimated rate has decreased significantly since 2009 and there has been an increase in re-immigration since then. The number of Venezuelan emigrants has been high since 2018 and Ecuador, like other countries in the region, faces challenges. According to the UN refugee agency UNHRC (as of February 2019), 3.4 million Venezuelans have left their homes as a result of the crisis there; about 2.7 million reside in other countries in Latin America and the Caribbean. Ecuador is home to 221,000 Venezuelans – for comparison: Colombia: 1.1 million; Peru; 506,000, Chile: 288,000; Argentina: 130,000; Brazil: 96,000.

On June 19, 2012, as a country located in northwestern part of South America according to constructmaterials, Ecuador made international headlines after Wikileaks founder Julian Assange – he is an Australian citizen – left the Ecuadorian embassy in London and applied for asylum. Assange wanted to avoid extradition to Sweden, where he should be asked about rape allegations. In the years that followed, Assange lived in a 20-square-meter embassy room that served him both as living space and office. In January 2018 he received the Ecuadorian citizenship, which was withdrawn from him in April 2019. At the same time, he revoked Assange’s political asylum. At that point the open rift between the government of Ecuador and Assange had come about. While Moreno Assange accused him of repeated misconduct and, among other things, accused him of violating the condition not to interfere in the internal affairs of other states, Wikileaks accused the Ecuadorian government of spying on Assange. On April 11, 2019, British police arrested Assange at the embassy. On May 1, a British court sentenced Assange to 50 weeks in prison for evading justice by escaping to the embassy.