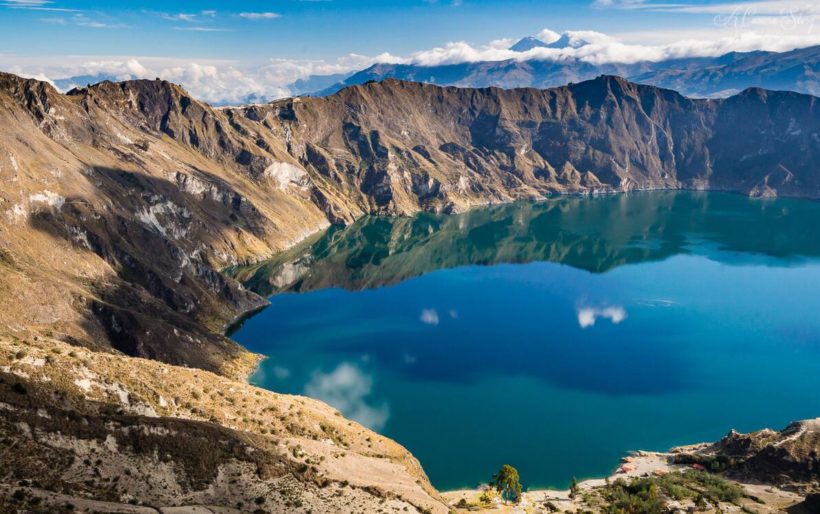 Coastal land (La Costa), between the Pacific coast and the Andes, is a 50-150 km wide lowland which represents approximately 1/4 of the country’s area. The lowlands are mostly young sedimentary rocks, covered by fertile soil. It is bounded on the Pacific by several low lying hills. The plain is crossed by numerous rivers that spring into the Andes, including the Cayapas and Esmeraldas in the north, and Guayas and Daule in the south. The Bay of Guayaquil forms a 160 km wide cut in the coast. At the bottom of the bay lies the large delta of Río Guayas.

The middle part of Ecuador (La Sierra) is completely dominated by the Andes, which run through the country from north to south for a length of 650 km and form two large, parallel chains. These chains, called the western and eastern cordilleras, have just over 6000 m high peaks with a number of volcanoes that are still partially active. Among the highest mountains are in the west Chimborazo (6310 m ash, previously measured at 6267 m ash) and in the east Cotopaxi (5897 m ash), which is one of the world’s highest active volcanoes. Between the two main mountain ranges lies a highland plateau. A number of transverse small chains divide the plateau into ten smaller and three larger inter-montane pools, the so-called hoyas, all between 2100-2700 meters above sea level. 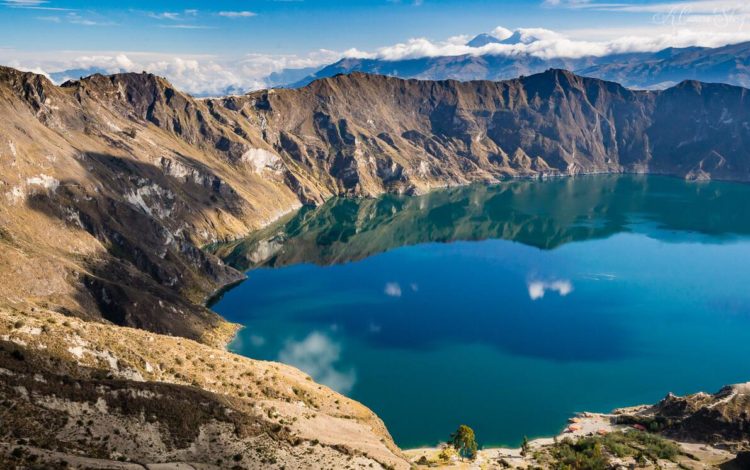 Østregionen or El Oriente, located east of the Andes and includes about 1/3 of the total area. The area falls abruptly at first, later declining towards the interior of South America. The region is drained by, among others, Napo, Tigre and Pastaza, who are all bees to the Amazon. Several of the rivers are navigable, but otherwise the tropical primeval forest makes the land difficult to access, especially during the rainy periods.

Ecuador belongs to the tropical climate zone, but the climate shows great contrasts, both in the north-south direction and vertically. The large elevation differences and the cold Perus stream contribute to the climate. The northernmost part of the coastal country has a hot and humid climate, with more than 2000 mm of rainfall per year without any actual drying time. The Peruvian stream gives the southern part of the coast a cool climate in relation to the latitude. The rainfall also decreases from north to south.

At Guayaquil Bay, there is a dry season from June to November, and further south the rainy season lasts only two to three months, with pure desert conditions at the border with Peru. Occasionally, warm ocean currents from the north may penetrate the coast, causing severe, catastrophic rainfall and other environmental degradation.

In the mountain area, the climate varies from tropical in some of the basin areas to arctic with everlasting snow in the altitude. The temperature conditions of the high plains are generally moderate with small seasonal variations. Quito (2810 masl) has an average temperature for each month of the year of 13-14 °C. The annual rainfall is 1230 mm, with most rain in April, at least in July.

Temperatures are high throughout the year on the eastern side of the Andes, with high rainfall and high humidity.