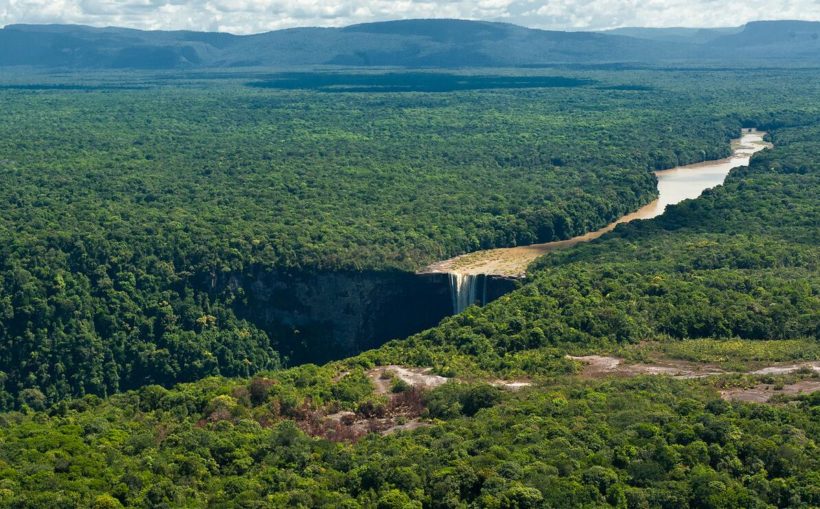 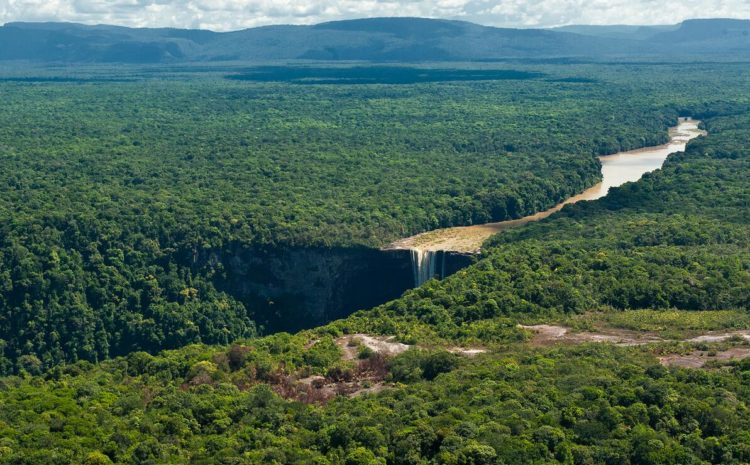 The Potaro River flows through tropical rainforest in central Guyana. The river has nine waterfalls; best known is the Kaiete fallout.

The highlands consist of a plateau with a slope to the north, mainly made up of granites and gneisses, but also with areas of solid gray and red sandstone that are very resistant to erosion. One such area is the Pakaraima Mountains on the border with Venezuela and Brazil, with Monte Roraima (2772 meters above sea level), Guyana’s highest mountain. The mountains often have flat tops, so-called mesa – mountain.

The rivers descend steeply from the sandstone plateau and form large waterfalls, including Kaieteur (226 meters) in the Potaroel River and King George 6 (488 meters) in Mazaruni. Essequibo is the largest of a number of rivers flowing towards the Atlantic.