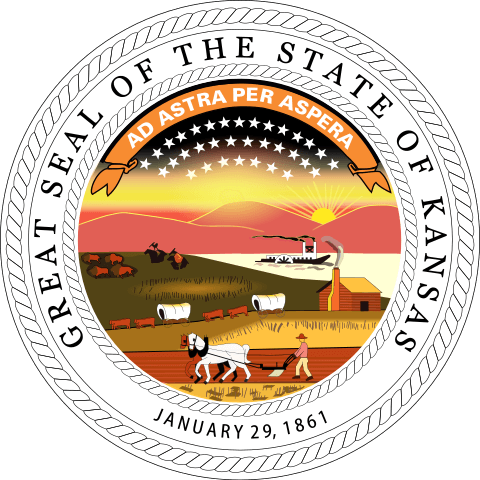 Kansas is a Midwestern situated State of the United States. Its name is derived from the word Kansa and means ” people of the south wind ” in the Sioux language. Kansas is nicknamed the “Sunflower State”. The capital of Kansas is Topeka and the largest city is Wichita.

Abbreviated as KS by AbbreviationFinder, Kansas is bordered by Nebraska to the north, Colorado to the west, Oklahoma to the south, Missouri to the east and occupies 15th place in the list of the largest states in terms of area. The east-west extension is 640 kilometers, the north-south extension 336 kilometers. As the geographical center of the 48 contiguous states (” contiguous states ” without Alaska and Hawaii) of the United States (just in Osborne County) Kansas from the Pacific as the Atlantic is equally far away. The largest rivers are Kansas River, Arkansas River, Republican River,Smoky Hill River and Missouri River, which forms the state’s northeast border.

The western two-thirds of Kansas are part of the Central Plains, a large plain that is mostly prairie and was once inhabited by large herds of buffalo. Today, cattle are mainly raised and wheat is grown there. Because of the moderate amount of precipitation, agriculture is usually artificially irrigated. The eastern third of the state is hilly, partly forested and has more rainfall. The highest point in Kansas is Mount Sunflower in Wallace County (1231 m).

Kansas has a continental climate with cold winters, hot summers, and little rainfall. The average annual amount of precipitation in the east of the state is sometimes more than 1000 millimeters, but on average it levels off at around 750–1000 mm / year. The west of the state is much drier. The average annual amount of precipitation there is around 400–500 mm. Very occasionally less than 50 millimeters are measured per year. Temperatures in Kansas can change rapidly, the west has blizzards in winter, and the state is part of Tornado Alley, the area of ​​the United States that has the highest number of tornadoes. Kansas is after Florida and Oklahomathe state with the most tornadoes per year and area, which repeatedly cause severe damage and claim fatalities.

The Spanish conquistador Francisco Vásquez de Coronado was the first European to reach the area in 1541. The Europeans introduced horses, which led to the immigration of nomadic Indians (including Kansa, Wichita, Osage, Kiowa, Apaches, Comanche), which displaced long-established tribes.

The French built a trading post in Kansas near Forth Leavenworth in 1744 . In 1803 the area became US property through the Louisiana Purchase .

The US government tried to relocate Indians to land west of the Mississippi, including Kansas, which some did voluntarily, but was enforced with pressure and violence, especially from the Indian Removal Act of 1830. During this time, tribes like the Kickapoo, Sauk, Fox, Shawnee, Ottawa, Iowa, and Peoria were displaced to Kansas. Kansas was not open to European colonization until 1854, and some reservations still exist today.

The time leading up to the establishment of the state came to be known as Bleeding Kansas for good reason. One reason for bloody arguments was again and again the question of slavery. On January 29, 1861, Kansas became the 34th state to join the Union, with the constitution prohibiting slavery (as “Freestate”). In the American Civil War, Kansas participated on the Union side. 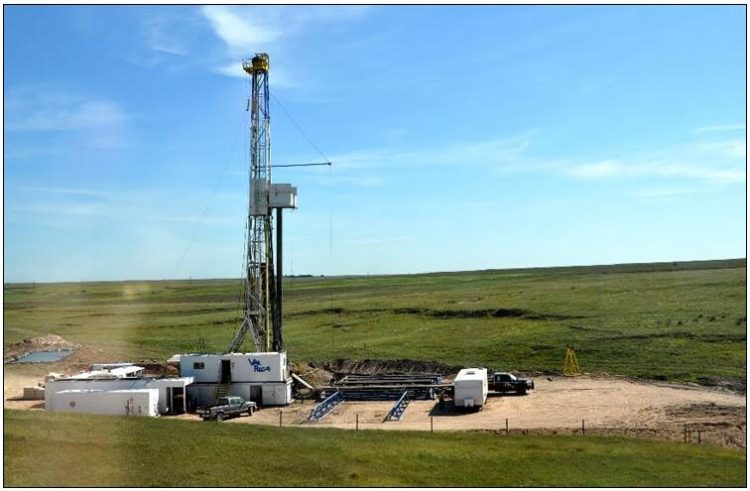 With Bible Belt (English for Bible Belt) a region in is USA called, in the evangelical Protestantism an integral part of the culture. Most of this area extends across the southern states.

Politically, the states of the Bible Belt or the majority of their populations are predominantly part of the conservative electorate. Until around 1960, the area was firmly in the hands of the Democrats, as the Republicans were still perceived as the party of the former enemy. This changed with the turn of the Democrats to the civil rights movement and, subsequently, a Republican campaign strategy that paid special attention to the voters of these states. Today the states of the Bible Belt – with the exception of Florida and Virginia as swing states – are considered to be strongholds of the Republican Party, at least in US presidential elections.

Before the Civil War, the southern states were less religious than the Midwest or New England. It was not until the experience of the lost war, the ensuing occupation by northern troops and the associated radical economic and social upheavals that a strong turn to religion was brought about in this area.

The term The Buckle of the Bible Belt is occasionally used for various cities within the Bible Belt. It is characterized by important church institutions, companies with a corresponding background, a generally high density of places of worship or a strictly religious majority. For example, the name is used for Nashville (Tennessee), which is also called Music City, USA. Here is a play on words that is based on the fact that country musicians wear oversized (colloquially: dinner plate-sized) belt buckles and are also home to various Evangelical churches, including the largest, the Southern Baptist Convention. Other cities include Tulsa in Oklahoma, Lubbock in Texas, Jacksonville in North Carolina and others.

Bible Belt is also used as a humorous synonym for the chastity belt. This is probably due to the aggressive chastity campaigns of the churches based in the Bible Belt or their activists and functionaries.

Also known as Sunflower State / Jayhawk State, Kansas is short for KS with a population of 2,688,418. According to Countryaah, the capital city of Kansas is Topeka and the biggest city is Wichita.