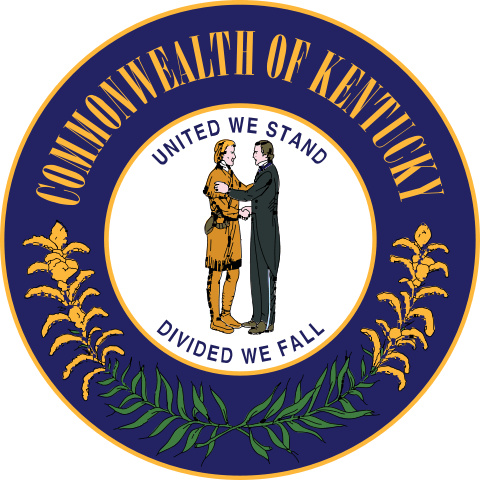 Kentucky is a federal state of the United States of America. The name of the state is of Shawnese or Iroquois origin, possibly from Wyandot, meaning “meadow”, “floodplain”, “corridor”, in Senecan, also an Iroquois language, the word geda’go means “in the field”. 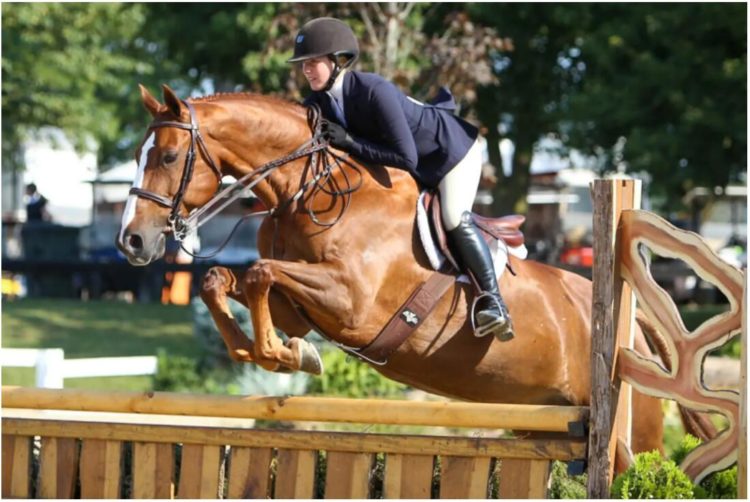 In addition to the states of Virginia, Pennsylvania and Massachusetts, Kentucky bears the official name “Commonwealth of Kentucky” in contrast to the otherwise common designation of the states as “State”. The nickname Bluegrass State, by which the blue-green flowering grass pastures are meant from March to April, is Kentucky as a common description.

Kentucky borders the Midwest and Southern United States. It lies between West Virginia, Virginia, Tennessee, Missouri, Illinois, Indiana, and Ohio. In the north it is bounded by the Ohio River.

It is the only US state with an exclave that is only enclosed by other states: In western Kentucky in Fulton County, the small strip of land of Kentucky Bend on the Mississippi, formed by the New Madrid earthquake of 1811, is bordered by the state Missouri and only accessible via Tennessee.

Since Kentucky is located in the southeastern inner part of North America, there is a humid, subtropical climate of temperate nature with cool winters and warm summers. The average temperatures fluctuate between 30.9 ° C in summer and −4.9 ° C in winter with 1168.4 mm of precipitation. The annual mean is around 14 ° C in a large part of the country. The temperature extremes fluctuate between -36.7 ° C in Cynthiana in 1963 and +45.6 ° C in Greensburg in the summer of 1930. In contrast, snow cover of more than 60 cm is often found in the foothills of the Appalachian Mountains in winter.

Kentucky lies in the catchment area of ​​various storm systems, which mostly occur between March and September, sometimes as a tornado.

Until the arrival of European settlers, the plains and forests of Kentucky were home to large migrating mammals such as bison, elk and elk. Today, only smaller mammals like muskrats, foxes, squirrels, rabbits, marmots, possums and raccoons, but also deer, usually live here.

There is a much wider range of bird species: from the bald eagle to the wren, almost everything is available. Typical birds are the red cardinal, the “state bird”, the mockingbird, the sap eater, the kingfisher and various types of woodpecker. One of the most important migratory bird routes in the country runs from the west of the state to the Ohio and Mississippi.

The Cumberland Mountains as the western foothills of the Appalachian Mountains on the border with Virginia are among the most species-rich mesophytic forests in the temperate zone of the northern hemisphere. Around 30 species are found in the tree layers that are up to 35 m high. Today forests cover around 40% of the national territory. There are mainly deciduous trees such as maple, birch, oak, horse chestnut and walnut. Conifers such as hemlocks, pines, Virginian junipers and cypresses are also frequently represented. Characteristic plants of the area are rhododendrons, bay rose, blueberry, tulip tree, goldenrod and mint. The lower tree layers are also very species-rich.

Kentucky was initially part of Virginia and became the 15th state to join the United States in 1792. During the Civil War, Kentucky initially tried to remain neutral, then residents of the state stood on both sides, such as B. Abraham Lincoln as President of the Union and Jefferson Davis as President of the Confederation. However, the United States Census Bureau now clearly ranks Kentucky among the southern states.

Agriculture is dominated by horse breeding in many regions, but cattle, dairy products, tobacco, pigs, soybeans, grain and whiskey are more important. Kentucky is the state with the highest exports of livestock and livestock products. Hence, the state is considered the “meat pot” of Chicago and its slaughterhouses, a role that has expanded to the surrounding states.
It is the only agricultural branch in the state’s economic balance sheet among the ten branches with the highest turnover.

The most famous product besides the horses is the whiskey distilled here. 90 percent of the bourbon whiskey consumed in the world comes from this state.

Also known as Bluegrass State, Kentucky is short for KY with a population of 4,041,769. According to Countryaah, the capital city of Kentucky is Frankfort and the biggest city is Lexington.