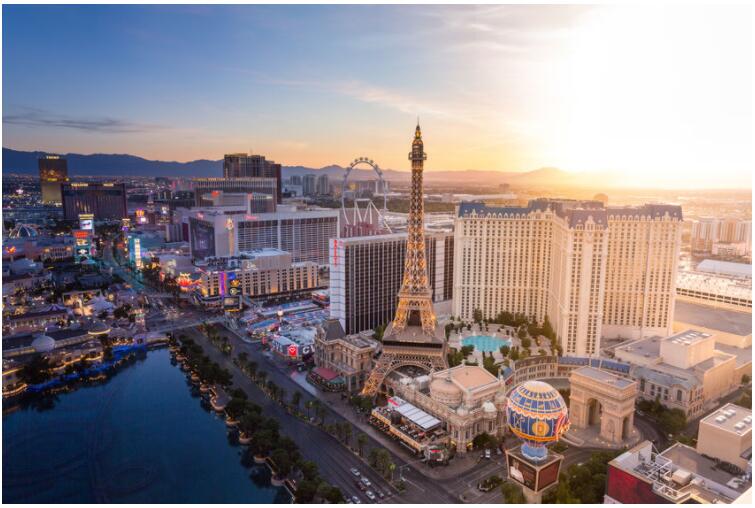 Las Vegas, the entertainment capital of the world and the city that never sleeps. A vacation trip to Las Vegas is guaranteed not to be boring.

Millions of tourists from all over the world flock to Las Vegas every year. People travel here to play in the many casinos, to watch spectacular shows that are only staged here, or simply to have a party. Las Vegas has something for everyone. The city is located in the US state of Nevada, and is practically a desert, where temperatures can be very high during the summer. Temperatures well above 40 degrees are not uncommon during the day.

Las Vegas is lively all year round, but it is mostly in the summer that there are mostly tourists here. This is also when the temperatures can be terribly high in time, up to 45 degrees. That’s why a Las Vegas vacation takes place as much indoors as outdoors, but of course you have to enjoy the extensive and luxurious pool areas that are found in almost every hotel. The most popular area in Las Vegas is called “The Strip”, a long street with casinos and luxury hotels in a row. 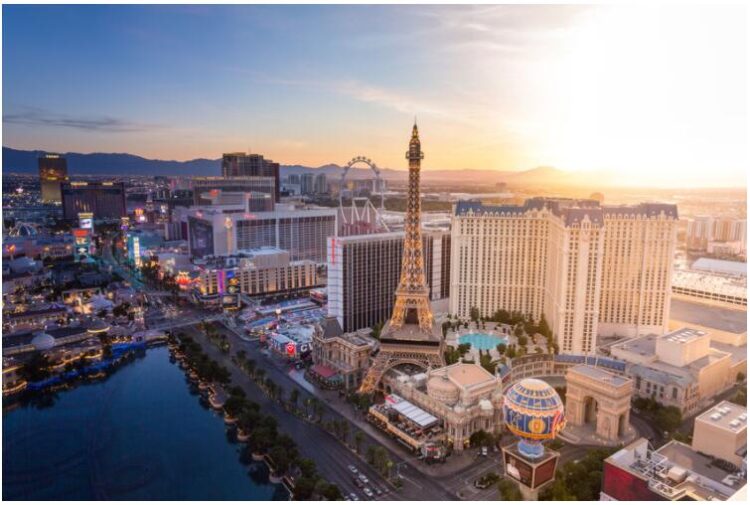 Las Vegas is perhaps first and foremost known for its many casinos and the gambling that takes place there. However, you do not have to gamble to have fun in Las Vegas, because the city is full of exciting things to experience. Here are five things to keep in mind when visiting Las Vegas.

The fountain show at Bellagio 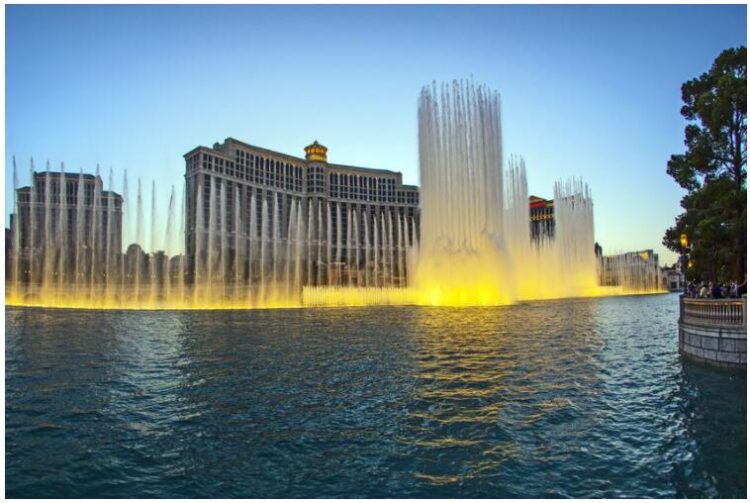 The hotels in Las Vegas have for decades competed for who are the most extravagant and which hotels have the most spectacular appearance. This has led to it being an experience in itself to witness the crazy hotel complexes in the city. At the very top of the list we find Bellagio, which is known for its crazy fountain show. Here, huge columns of water dance to the beat of the music in a spectacular show outside the hotel. Best of all, it’s completely free!

The view from The Stratosphere Tower 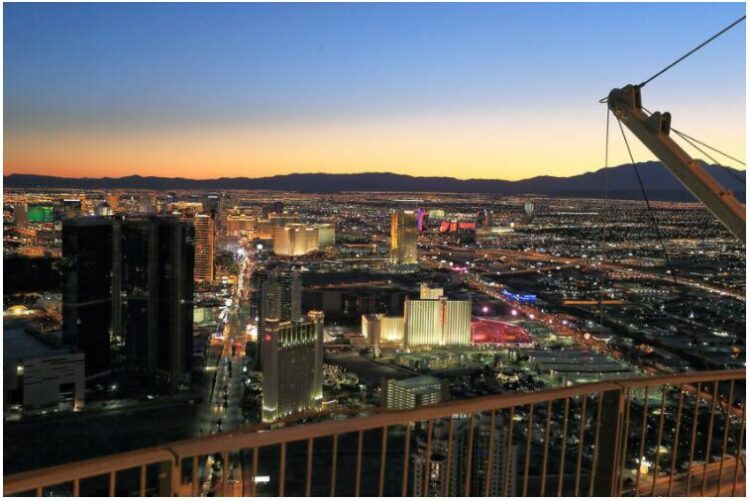 If fear of heights is not an issue then a trip up the lookout tower Stratosphere Tower is a memorable experience. Here you get a fantastic view of the spectacular city and all the crazy hotel complexes along The Strip. If you are extra daring, you can even jump out of the tower, wearing a climbing harness connected to a winch and “fall” the 252 meters it is down to the ground. The attraction is called “Skyjump” and is definitely not for those with frayed nerves. 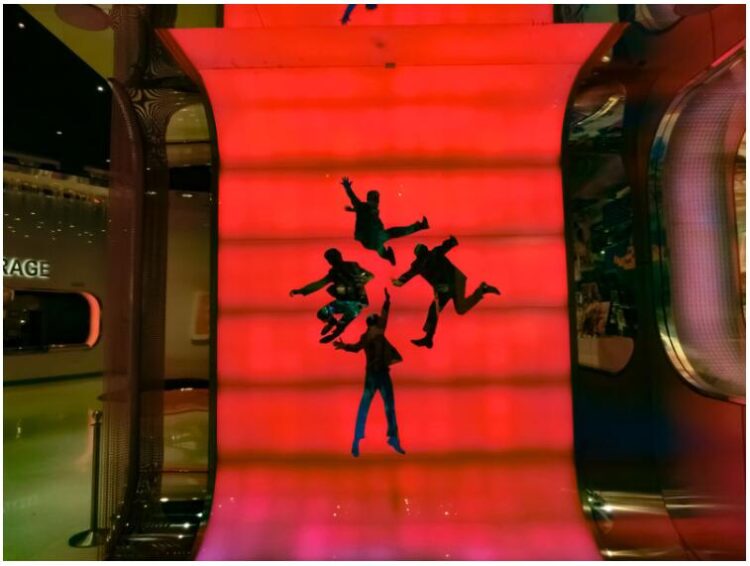 Las Vegas has long been known as the entertainment capital of the world, and it’s not hard to see why. The city is full of fantastic events and entertainment you can enjoy. The city is especially known for its many shows that regularly go on the various hotels. Here you can experience magic shows, music concerts, standup and much more. Particularly popular are the shows of the world-famous Cirque du Soleil. These shows combine fantastic acrobatics, crazy stage shows and theater in one package. It is no understatement to say that this is truly spectacular stuff! Some of the most popular shows are quite expensive, but they are also a memory for life. 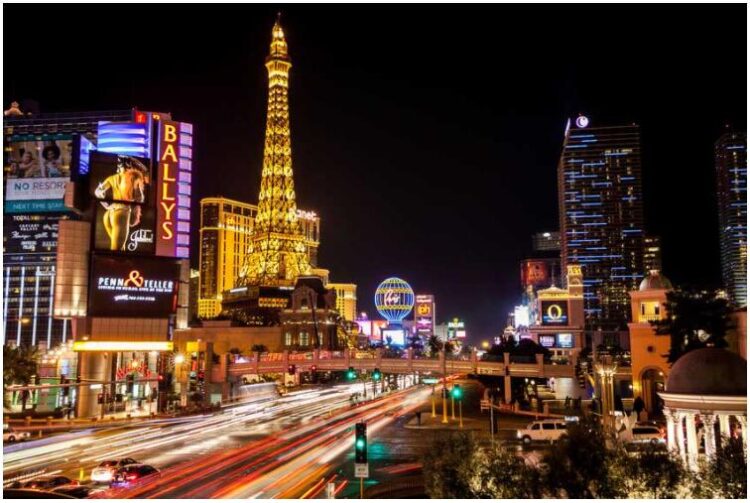 Las Vegas Boulevard, or “The Strip” as it is often just called, must be said to be the lifeblood of Las Vegas. This is the main street in the city and it is along this street that the most popular and spectacular hotels and casinos are located. If you are visiting Las Vegas then this is the place to stay and the place to be. Here you will find famous hotels such as Bellagio with its incredible fountain show, Paris Las Vegas with its replica of the Eiffel Tower and Luxor with its Egyptian pyramid to name a few. Walking down this street to look at all the crazy buildings is simply an experience in itself.

If you feel like there is a lot of neon lights and noise after a few days in Las Vegas, an excursion to Hoover Dam is a perfect relaxation. This huge dam was constructed in the period from 1931 to 1936 and when it was completed it was not only the largest concrete construction of that time, it was also the world’s largest hydropower plant. The dam itself is 48 miles southeast of Las Vegas, and it takes about 45 minutes to drive there from The Strip in Las Vegas. If you walk across the dam, you have also taken a trip over to the state of Arizona as the border between the states runs through the middle of the dam. 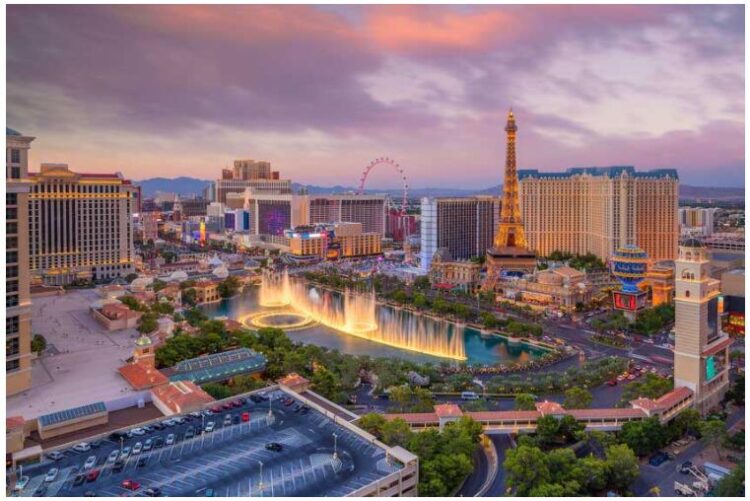 While lodging in Las Vegas is relatively inexpensive compared to the standard, eating is not necessarily so. The city is known for having extremely many luxurious restaurants, so here you can really pamper yourself. Every hotel has lots of restaurants to choose from, while most fast food chains are well established also for you who want a cheap snack. Keep in mind that around 15 percent tips are expected, so dining can be quite expensive in Las Vegas in the long run.