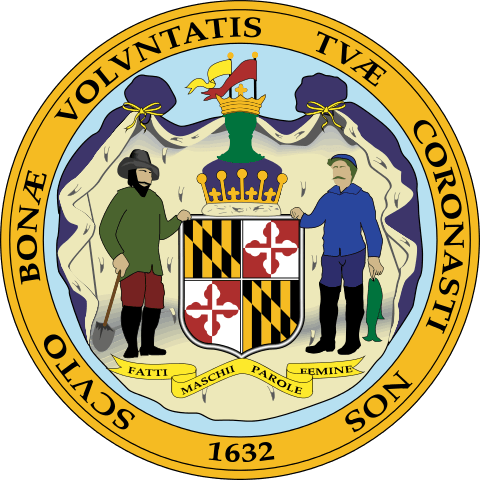 Maryland is a state of the United States on the Atlantic coast. Its capital has been Annapolis since 1694. Maryland is known as the ” Old Line State “, “Free State ” and ” Chesapeake Bay State “.

Abbreviated as MD by AbbreviationFinder, Maryland is in the middle of the east coast. It is bordered by Virginia and Washington, DC to the southwest, West Virginia to the west, Pennsylvania to the north, and Delaware to the northeast. The Chesapeake Bay, which cuts deep into the land, is home to important ports such as Baltimore and Annapolis, where the US Naval Academy is located. For a long time, the bay was one of the most productive fishing grounds in the world, but overfishing and water pollution have almost completely eliminated the legendary oyster beds.

In this relatively small state, the extremes are close to each other: here the metropolis of Baltimore, there the remote hills of the Appalachian Mountains and tranquil fishing villages on the coast. In general, the state has a peculiar shape: the narrowest part of the state is at Hancock. The borders with Pennsylvania in the north and West Virginia in the south are less than 3 kilometers apart – making this the narrowest point of any state in the USA. Maryland is one of the most densely populated US states. In addition to the metropolis of Baltimore, about half of the extensive metropolitan area of ​​Washington, DC also belongs to Maryland.

Lord Baltimore, who received a cultivation license for the land in 1632, named the area after Queen Henrietta Maria, wife of King Charles I of England .

On March 25, 1634 the first settlers settled in the area. Maryland was the only Catholic among the otherwise strictly Protestant British colonies in North America.

In 1774 the Assembly of Freemen declared itself the legislature of the colony. With the Maryland Constitution of 1776, Maryland finally renounced Great Britain. Thomas Johnson became Maryland’s first elected governor in 1777.

The US capital Washington, DC was established in a district separated from Maryland for this purpose.

Maryland became a theater of war in the War of 1812 when the British tried in vain to gain access to the colonies. British troops failed in the destruction of the shipyard and the capture of the city of Baltimore due to persistent resistance from a port fortification. The fierce battle inspired the eyewitness Francis Scott Key to write The Star-Spangled Banner, which became the text of the American national anthem.

During the Civil War, Maryland remained largely neutral. The state allowed slavery, but this played a far smaller role economically than in the states of the ” deep south “, and Maryland was not one of the states that separated from the Union as the Confederate States of America. Slavery was abolished in 1864 with its new constitution.

At the end of the 19th century, industrialization arrived in the east coast state, and numerous immigrants from Europe settled here. The city of Baltimore became a center of German-born Americans, later many African Americans were added as a result of the Great Migration, the migration of around 6 million African Americans from the rural areas of the southern states to the north. 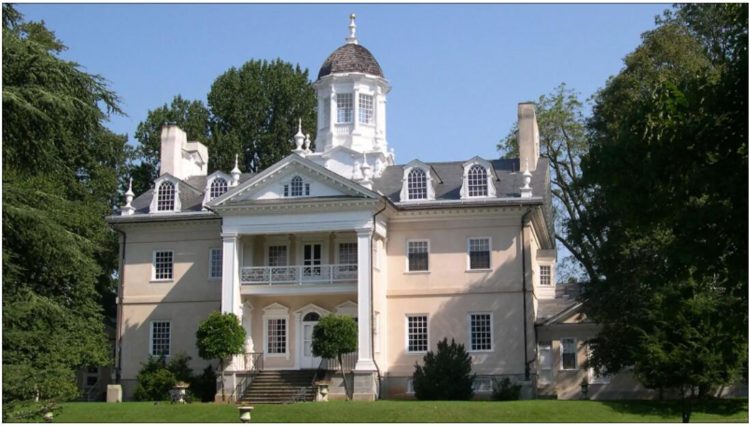 Even the tourism plays an important role.

The flag of the US state of Maryland was officially adopted in 1904.

The flag of Maryland is the only flag of a US state that is a true heraldry banner. It is based on the seal and the colors of the house of George Calvert, 1st Baron Baltimore and is formed from the arms of the Calvert and Crossland families, from which the arms of Lord Baltimore, the founder and former ” owner of the colony, consisted .

Each branch of the family is represented by two quarters of the flag.

As Mid-Atlantic States is a group of states in the northeastern United States, respectively. These include in particular New York, New Jersey and Pennsylvania. Many definitions of the term, such as that of the United States Census Bureau, are limited to these three states; others also include Delaware, Maryland, Washington, DC, Virginia, and West Virginia.

Since the early colonial period, the Central Atlantic region has been populated by a wider range of European ethnic groups than New England or the southern states, for example. The Dutch established their colony Nieuw Nederland around the Hudson River in the 17th century, and the Swedes founded a colony Nya Sverige on the Delaware River in 1638. Religious minorities often took refuge in neighboring British territories: British Catholics in Maryland, and the Quakers in Pennsylvania Pennsylvania Dutch- speaking Mennonites and Amish. Even when the region was completely in British hands from 1667, it remained a magnet for settlers from a wide variety of countries of origin.

Most of the early settlers were farmers, merchants and fishermen. Because of its location, what was known as the Middle Colonies in colonial times served as a strategic bridge between north and south. In 1774 Philadelphia was the seat of the Continental Congress, the assembly of delegates that prepared the American War of Independence. The Declaration of Independence was drawn up in Philadelphia in 1776 and the United States Constitution in 1787.

After the founding of the United States, the mid-Atlantic states, which now developed significant heavy industry, attracted large numbers of European migrants. On the coasts and along the shipping lanes, cities like New York City, Philadelphia and Baltimore grew into large metropolises.

In the west, the Central Atlantic states border on the Midwest; to the south are the southern states and northeast New England. The Atlantic Ocean ultimately marks its natural eastern border.

Also known as Free State / Old Line State, Maryland is short for MD with a population of 5,296,486. According to Countryaah, the capital city of Maryland is Annapolis and the biggest city is Baltimore.