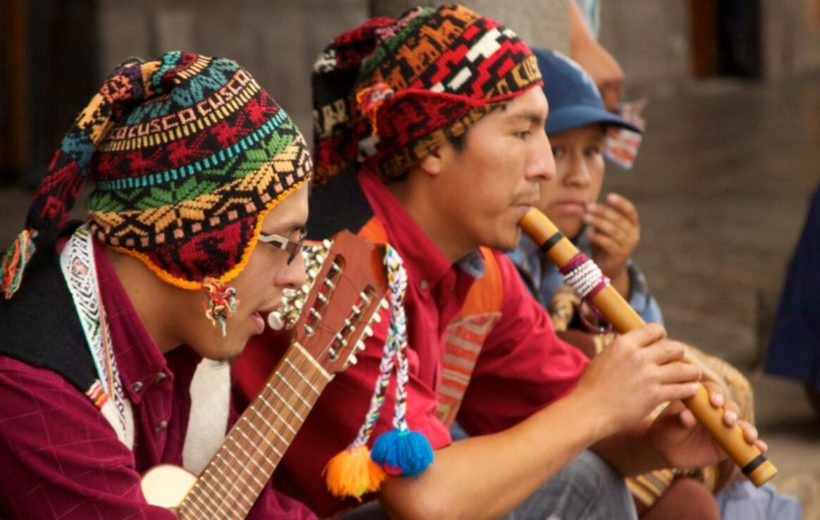 Bas-reliefs of processions and ceremonies testify that ritual dances at a high artistic level have played an important role in Peru’s ancient civilization. Archaeological finds also document a rich pre-Columbian music scene with conch horns, whistles, horns of various sizes, pan-whistles, bells and rattles of silver, drums and ocharines. In traditional quechua music, Native American flutes, quena, are still used together with harp and song. The arc of music (the cayuave of the chaco people and the guyrapa -í of the Guarani people) is also used in Indians’ music, which is strongly characterized by pentatonics.

The music of the misties is more European influenced, with locally adapted editions of scallops, lute and vihuela as a string and climbing instrument. The use of harp and guitar has added a harmonious element to the music and the diatonic chutone scale. Despite its European roots, Creole music also has a distinctive character. Peruvian drums, for example, with elements of quechua melodics and pentatonics, differ from both neighboring countries and the European drum. Remains of African traditions (including instruments) are found among blacks living on the coast. 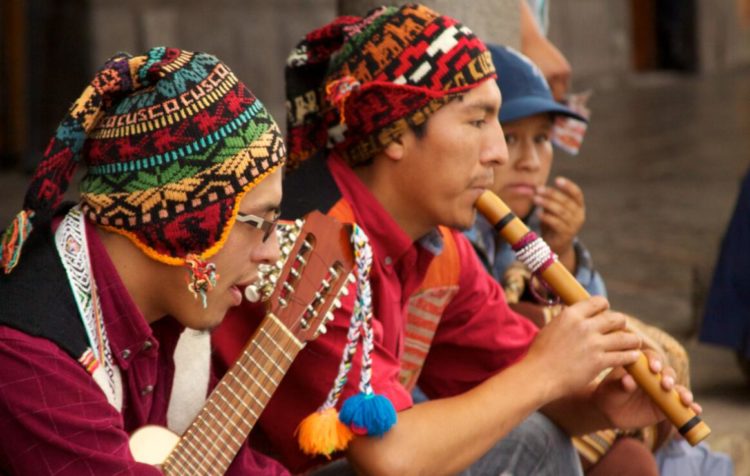 European art music was introduced during colonization. Church music was particularly rich at the major cathedrals. Around the cathedral and the Viceroy’s court in Lima, music flourished more than anywhere else in South America, with opera performances as early as the 17th century. The Spanish upper class dominated this part of the music scene even after independence, and it was not until the end of the 19th century that composers began to draw inspiration from Peruvian folk culture. Style features from quechua music gave the art music a national identity, which can be traced by composers such as Daniel Alomía Robles (1871–1942), Manuel Aguirre (1863–1951) and many others.