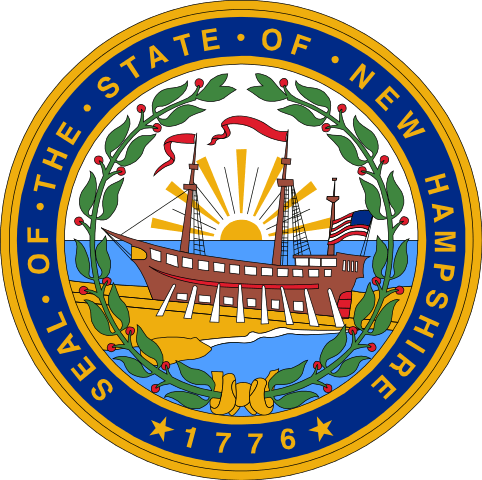 New Hampshire is a United States state in the New England region. It borders on the state of Vermont to the west, Maine to the east, Massachusetts to the south and the Canadian province of Quebec to the north. 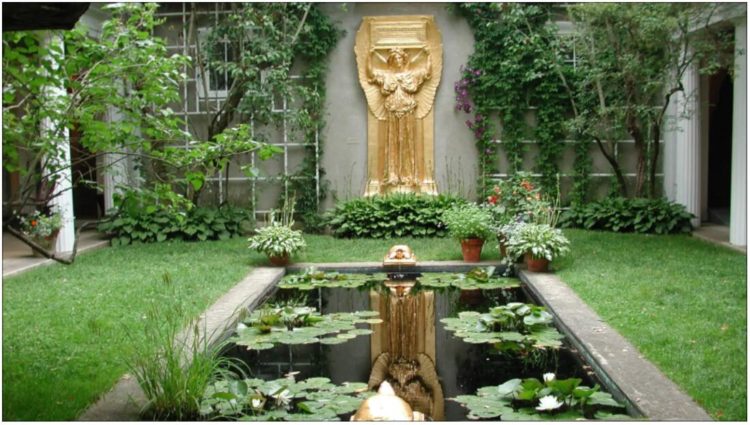 With an area of ​​24,216 km², the state has a population of around 1.3 million. The majority of the population lives in the south of the state, the north is characterized by low mountain ranges. The capital is Concord with 47,000 residents, but the largest city is Manchester with 110,000.

During the Ice Ages, the last of which is known as the Wisconsin Glaciation, hardly any people could live in the New Hampshire area. The area was only consistently from the 8th millennium BC. Inhabited, but the first humans came about three millennia earlier.

From 1629 the English settled in the area. The colony was named New Hampshire after the English Hampshire, whose name in turn went back to Southampton or Hampton. In 1641 the colony came under the jurisdiction of Massachusetts. From 1699 to 1741, the governors of Massachusetts were also responsible for New Hampshire. In 1741 King George II set the current border and also separated the governorship.

Concord became the capital in 1808, and the State House, completed in 1819, is the oldest capitol in the United States, where the legislature still meets in its original boardroom.

Important products used to be shoes and textiles, but granite mining has remained. Agriculture (dairy, poultry), electrical, paper and pulp industries are important.

The state does not levy sales or income taxes (other than a 5% levy on dividends and interest). This resulted in high property taxes being paid in New Hampshire. The state has small taxes on meals, lodging, vehicles, and road tolls.

According to the National Highway Traffic Safety Administration, New Hampshire is the only US state in which there is no general seat belt requirement for adults. Only children and young people under the age of 18 have to wear seat belts in traffic. Regardless of this, in 2008 69% percent of road users used their seat belts while driving; the national average over the same period was 83%. After a move by the Democratic Senator Maggie Hassan in 2007, the introduction of a general seat belt requirement was discussed again in April 2009 and a corresponding draft law was presented, which, however, met with resistance, especially from Republican MPs.

The Thirteen Colonies – also written numerically: 13 colonies – are those British colonies in North America that separated from their mother country, the Kingdom of Great Britain, in the Declaration of Independence of the United States in 1776. Other British possessions in North America, such as the previous French colony of Québec and the colonies of Nova Scotia (New Scotland) and Prince Edward Island, remained loyal to the British Crown and later became Canadaunited. The colonies of East Florida and West Florida – formerly Spanish and now also owned by the British – also remained loyal.

Geographically, the 13 colonies that formed the United States of America (USA) during the War of Independence encompassed the North American east coast from the lower reaches of the Saint Lawrence River in the north to the Florida Peninsula in the south. Up until 1763, northern neighbors were the French Canada colony around the St. Lawrence River and the Acadia to the east of it, which was originally French-owned. The most important obstacle to expansion in the south was the Spanish Florida. In the west the colonies were initially limited to the coastal area; later the Appalachians formed the borderline. The spatial and geographical conditions were quite inconsistent. While the Atlantic coastal plain is more extensive in the south and rises continuously towards the Appalachians.

Contemporary documents almost always list the colonies in geographical order, roughly from north to south, as follows (the division into three regions is a later construct of historians):

The 13 colonies correspond to 16 of today’s 50 US states. Until the end of the War of Independence, however, numerous smaller and larger territorial changes took place. In 1729 Carolina was divided into North Carolina and South Carolina. Delaware was part of Pennsylvania until 1776 – albeit under de facto self-government from 1702. Maine was part of the Massachusetts colony until the Revolutionary War and was not constituted as a US state until 1820.

Finally, Vermont Territory was claimed by France until the Seven Years War. After that it was a disputed territory between the two colonies of New Hampshire and New York and only became a US state after the end of the Revolutionary War. The western borders of what is now Georgia, North Carolina, Virginia, Pennsylvania and New York were also not established until after the Revolutionary War. In addition, the exact course of the border with Canada remained unclear well into the 19th century.

A characteristic feature of the 13 colonies was the constantly expanding and thus changing settlement area. The frontier continually shifted further to the west, inland. Starting from a few settlement bases on the east coast, the populated areas expanded bit by bit: first into the coastal areas, then later into the Appalachian foothills and – from the middle of the 18th century – beyond their main chain.

Also known as Granite State, New Hampshire is short for NH with a population of 1,235,786. According to Countryaah, the capital city of New Hampshire is Concord and the biggest city is Manchester.