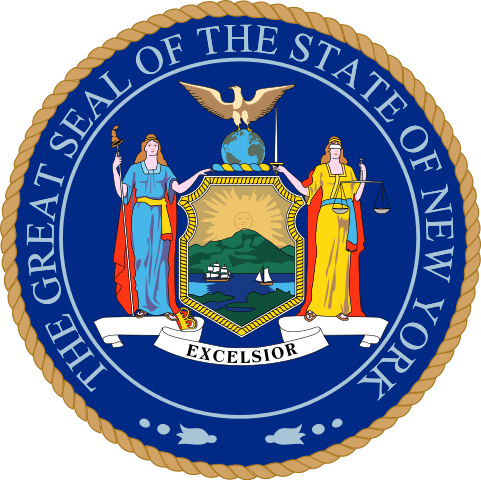 New York is a state in the northeast of the United States of America. Together with New Jersey and Pennsylvania, New York is assigned to the Central Atlantic States. New York has an area of 141,299 square kilometers, with 19, 745 million people (as of 2016) to California, Texas and Florida is the fourth most populous state in the United States. New York is officially nicknamed the Empire State. The capitalNew York’s is Albany ; the largest city is New York City. 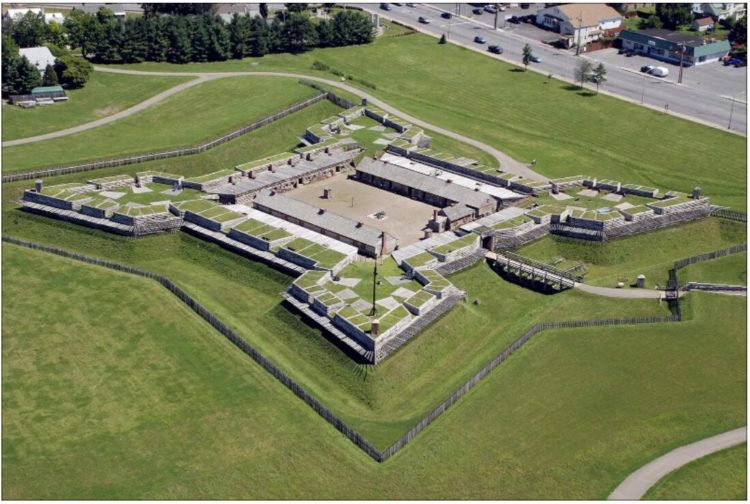 Abbreviated as NY by AbbreviationFinder, New York borders Pennsylvania and New Jersey to the south, Massachusetts, Connecticut and Vermont to the east, and the Canadian provinces of Quebec and Ontario to the north and northwest. New York also has a maritime border with Rhode Island. The state covers an area of ​​slightly more than 141,000 km² and thus ranks 27th among the US states by area.

The state of New York is characterized by the northern foothills of the Appalachian Mountains. The average height above sea level is between 300 and 1000 m. In the north are the Adirondacks with Mount Marcy, the highest mountain in the state at 1629 m. In the north, the state borders on Lake Erie and Lake Ontario as well as on the St. Lawrence River, where there are smaller lowlands. In the southeast is the valley of the Hudson River and Long Island, an approx. 200 km long and 20 to 30 km wide island on which large parts of New York City are located.

The most important river is the Hudson River, which rises in the north of the state. It has numerous, smaller tributaries (e.g. Mohawk River), which also arise in the Appalachians. Other significant rivers include the Saint Lawrence River, which forms part of the Ontario border, the Susquehanna River, and the Delaware River.

The state lies on Lake Erie in the west and Lake Ontario in the northwest. There are also several small and medium-sized lakes and Lake Champlain, which forms the border with the state of Vermont in the northeast, plus many waterfalls (e.g. Niagara Falls or Taughannock Falls).

The Appalachians, which occupy most of the state, are a fold mountain range. The mountain ranges in the state belong to the northern part of the Appalachian Mountains, are therefore around 500 million years old and are among the mountains that were formed by the Caledonian mountain formation. Due to this old age, however, a lot of material was removed. This explains the relatively low altitude that the Appalachians have compared to other folded mountain ranges. The lowlands and Long Island are geological tables.

The soils (especially black earth) are very similar to those in Central Europe and are relatively fertile, but still of poor quality. The higher it gets in the Appalachians, the more rocky and therefore more sterile the soil becomes. There are no extensive mineral deposits, only small deposits of iron ores, rock salt and crude oil / natural gas as well as lead and zinc.

All of New York State has a temperate climate. The average temperature on the coast is around 12 ° C. The temperature is around 0 ° C in winter (December – March) and around 25–30 ° C in summer (June – September). The difference is relatively high at up to 30 ° C for a coastal region.

The high temperatures in summer can be explained by the relatively southern location (approx. 42 ° a. B.). The cool temperatures of winter result from the influences of the Appalachian Mountains.

The annual amount of precipitation is about 1000 mm, the precipitation is evenly distributed over the whole year. In the Appalachian Mountains, on the other hand, temperatures are lower due to the altitude and there is less precipitation. In the winter months the average temperature is down to −10 ° C, in summer around 20 ° C. The amount of precipitation is 200 to 300 mm less than on the coast, but is evenly distributed. In the north-west of the state, by the lakes and the St. Lawrence River, the climate hardly differs from that of the Appalachians, except that it is a little milder due to the lower altitude.

Most of the Indians in what is now the state were evicted. Many Lenni Lenape went to Oklahoma, Mohican and Munsee to Wisconsin, the Abenaki are recognized in Canada, but not in New York. The Mohegan N ation with its individual tribes, the Shinnecock, Pequot and Narraganset, remained in the region, but their numbers are small. The Mashantucket Pequot Museum and Research Center in Connecticut is particularly reminiscent of the Indians of New York. Only the Iroquois still live to a large extent in the state of New York.

The Dutch colony Nieuw Nederland, founded in 1621, was annexed by the English crown in 1664 and divided into New Jersey and New York. New York was named after the Duke of York, later King James II, who received the colony as a gift from his brother, King Charles II. In 1667 the Netherlands ceded to England in the Peace of Breda Nieuw Nederland.

As one of the Thirteen Colonies, New York joined the American Union in 1788 as the eleventh state. The city of New York City became the first capital of the United States in 1789.

Agriculture (mixed and traditional) and fishing play a relatively minor role.Fruit (mainly apples, strawberries and cherries) is grown on the Hudson and Lake Ontario, and smaller amounts of wheat are grown in the Rochester area. There are also small wine-growing areas. There is also livestock farming in the more hilly areas. The state of New York is therefore one of the largest milk producers in the USA. The farms are small, the “agrobusiness” widespread in the Midwest and South of the USA does not exist here because the areas are relatively small. The extraction of raw materials, which is also part of the primary sector, is mainly carried out in the north of the state. Iron ores and steel refiners are mined in a few places, as are rock salts (in the Rochester region) and small amounts of oil and natural gas in the southwest.

Industry plays a major role in medium-sized cities (Buffalo, Rochester, Albany), and the entire state of New York belongs to the Manufacturing Belt. The most important branches of industry are mechanical engineering, vehicle construction and electrical engineering. The basis for this is iron and steel production, which is primarily operated in and around Buffalo.

Important goals for the Americans are Long Iceland (many beaches and large fish stocks for fishing), some small towns in Appalachia (ski resorts), as well as almost the entire state in the fall when the so-called Indian summer the leaves of deciduous trees many, obtained exceptionally intense shades. New York City is very interesting with its many cultural institutions (Metropolitan Opera, Museum of Modern Art, Guggenheim Museum) and famous buildings (Statue of Liberty, Empire State Building, Chrysler Building). Overall, tourism is becoming more and more important as it is becoming more popular to spend your summer vacation on Long Island. The rise in airfares in recent years is the reason many Americans no longer go to the Caribbean or further (e.g. to Hawaii). The winter sports areas are still very poorly developed. The Indian summer is still popular.

Also known as Empire State, New York is short for NY with a population of 18,976,457. According to Countryaah, the capital city of New York is Albany and the biggest city is New York City.