MGM Grand Las Vegas is one of the world’s largest hotels. It is actually the second largest in the world and the largest in Las Vegas USA . MGM Grand has a floor area of ​​17,000 square meters and has 5,034 rooms on 30 floors. 700 of the rooms are suites and the largest suite is 750 square meters. The hotel was built in 1993 and it cost about one billion dollars, which is equivalent to eight billion Swedish kronor. The hotel has a signature in the form of a statue of a lion standing outside which is their own symbol which is a recognition factor worldwide.

Stay at the MGM Grand

Staying at the MGM Grand Las Vegas is, to say the least, a very special experience. In addition to the hotel being located in Las Vegas, the size is also something that gives a great experience. It is conceivable that it would be very expensive to stay in a hotel, but surprisingly, the prices are very reasonable for staying in a regular room. You can get a room with the necessities you need such as cleaning, wi-fi, room service, minibar, cable TV and bathroom with shower and bath for about 800 kroner per night, which is not at all dangerous considering that it is in Las Vegas and that it is one of the largest hotels in the world .

All rooms have different views – you can get a room with a view of the mountains, the city or the courtyard and the pools. It also does not matter where in the world you come from and if you know English or not as the staff at the hotel speak fluent English, Spanish, Japanese, Chinese and French.

Things to do at the MGM Grand 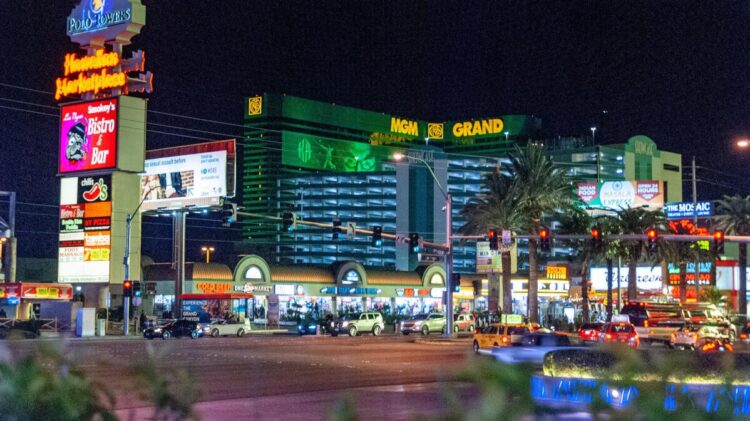 In one of the world’s largest hotels, you can imagine that there should be a lot of things to do there. And that’s quite right, there are actually a lot of things to do during your stay at the MGM Grand. One thing you can do if you like humor and comedy is to visit “Brad Garrett’s Comedy Club” which hosts stand-up comedians every day of the week. The club is about 2 minutes from the MGM Grand so if you are staying at the hotel you are just a stone’s throw away from a good laugh. If you like sports and bars, you can visit the sports bar “Level Up” which broadcasts most types of sports and shows current matches around the clock.

If you are lucky enough to be in Las Vegas during a major ongoing sporting event , you must of course not miss visiting the famous MGM Grand Arena. MGM Grand Arena has hosted hundreds of events for over 20 years and has offered many exciting matches of various kinds. And last but not least, the fact that many people travel to Las Vegas to play at the casino. Then you must not miss visiting the MGM Grand Casino which is located right next to the MGM Grand Hotel. The casino offers a variety of games in the form of video slots, blackjack, Texas Holdem and much more.

Las Vegas is a popular and well-known destination. Many people go there to experience the lively and beautiful city. It is a perfect destination that combines sun, swimming, shopping and entertainment. But what Vegas is best known for is that it’s the players’ city. There you will find many different casinos and many different gaming opportunities.
But which casino hotel should you choose to stay at when you go to Las Vegas?