The Caribbean is a region between the Atlantic, the Gulf of Mexico and the Latin American mainland. Also Guyana, Suriname and French Guiana in South America’s north coast and Belize in Central America is considered politically to the area. The largest islands in the Caribbean are Cuba and Hispaniola. The archipelago is often called the Antilles or the West Indies, and the wreath of small islands stretching between Puerto Rico and Trinidad is divided into Windward – and Leeward Islands. 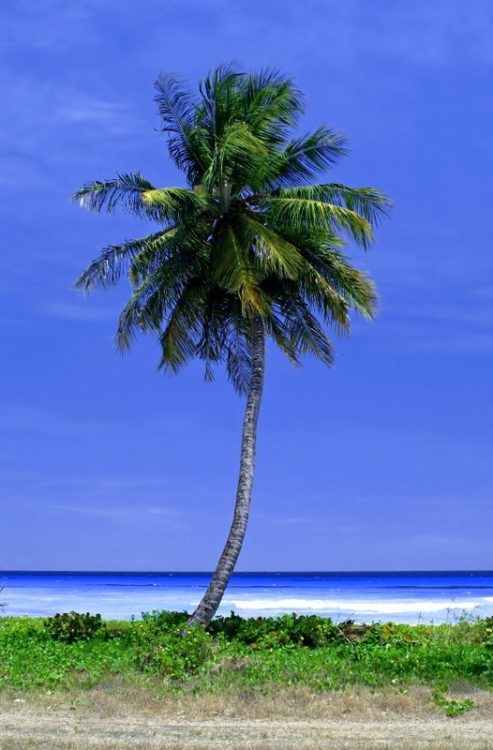 The Caribbean Sea, the Atlantic Ocean to the Atlantic, within the Antilles archipelago; 2 640 000 km2. The eastern pool is the largest, with depths up to 5400 m; a shallower section, between Jamaica and the coast of Central America, divides the western basin, which is smaller, but deeper, 7680 m south of the Cayman Islands. A branch of the northern equatorial stream enters between the Lesser Antilles, flows at great speed through the Caribbean and out through the Yucatán Strait to the Gulf of Mexico. In August-October, the Caribbean is haunted by powerful tropical hurricanes.

Economic Commission for Latin America and the Caribbean

According to abbreviationfinder, ECLAC stands for United Nations Economic Commission for Latin America and the Caribbean which was established in 1948. It is one of the four regional subdivisions of the UN Economic and Social Council (ECOSOC). The main task is to coordinate economic policy with a view to economic development in Latin America. The Commission has a secretariat in Santiago, Chile.

The history of the Caribbean

Columbus ‘ first expedition in 1492 led the first Europeans to the Caribbean, and the archipelago was to become a mosaic of European rivalry in the following centuries. The relatively modest population of the islands quickly fell victim to the Spaniards’ first and primitive colonial advance in the “new world”. Slavery and looting characterized the islands as the Spaniards expected to find precious metals there.

As the Spaniards established their colonies on the mainland and with Cuba as the shipping port to the motherland of Spain, many of the Caribbean’s small islands were conquered by British, French and Dutch pirates and free trade people. Consequently, there were persistent conflicts between European interests, which often reflected the conflicts and alliances in Europe. The identity of the different islands was therefore characterized by the colonial power that the islands had in their possession at all times. The islands had little to offer commercially. The sugar plantations with imported African slaves as labor appeared in Barbados in the second half of the 17th century, at Martinique and Santo Domingo in the mid-18th century and a hundred years later in Cuba. Large parts of the Caribbean were mainly sugar suppliers until World War II. However, these businesses never brought about any significant wealth. The islands were therefore at an early stage intermediate stations for trade between Latin America and Europe.

The white colonial lords let their black slaves work in very poor conditions, which led to the development of conflicts along ethnic lines. Lack of integration into white European-based communities also led the black population to stick to its African traditions. However, African language and religious practice were largely banned by the colonial authorities. These sharp contradictions led to the first successful revolts against the colonial power, e.g. in Haiti in 1804. While Latin American countries gained independence in the first half of the 19th century, the islands of the Caribbean remained mini colonies with the exception of Haiti and the Dominican Republic.. Cuba was Spain’s last foothold in America and gained its independence only in 1898 after the Spanish-American War. From the latter half of the 1970s, several Caribbean small states gained independence.

The new competitor to the European colonial powers was the United States, which had expanded far beyond its borders with “banana republics” in Central America, the Channel Zone in Panama, oil recovery in Venezuela and neo-colonial advances in Cuba and Puerto Rico. Due to the strong dependence on the United States and its European mother countries, the crisis at the beginning of the 1930s led to major problems in the Caribbean. In the French islands of Martinique and Guadeloupe, during the 1930s, a labor movement had emerged that during the Second World Waridentified strongly with the French resistance movement. Political parties and movements occurred in most of the islands, and many of the islands achieved internal self-government during the 1940s and 1950s. The Second World War also showed how strategically important the Caribbean was as a gateway to the Panama Canal. In order to protect the merchant ships that also fetched oil, bauxite and other strategic products in the Caribbean, during the war American military facilities were built in the British Isles of the Bahamas, Bermuda, Saint Lucia, Trinidad and Tobago and the mainland colony of Guyana.

In the postwar period

In the post-war period, the area experienced the Cold War. The Rio Treaty of 1948 on reciprocal US military support became an important instrument used by the United States to prevent radical political trends across the continent and the Caribbean. During the 1950s, several places in the Caribbean developed into attractive tourist destinations for Americans, and the tourism industry became a significant source of income. The American influence was particularly great in Cuba and Puerto Rico. The latter, like the Virgin Islands, became associated with the United States in 1952.

The British colonies were ruled by a governor appointed by the British government. The local parliaments played only a symbolic role. In April 1958, the West Indies Federation was established. It consisted of the ten most populous British island colonies. The federation was a preparation for independent small states, but at the same time also the basis for future strong ties between the English-speaking islands and the United Kingdom. It was also a defense mechanism against further US expansion in the Caribbean. However, the federation fell apart after four years when the largest islands, Trinidad and Tobago and Jamaica, demanded its independence in 1962.

In 1946 France established the islands of Martinique and Guadeloupe as overseas provinces. Elected representatives from the islands were elected to the Paris National Assembly. The economic benefits of this scheme meant that the independence requirement was not significantly expressed. In 1948, Surinam and the Netherlands Antilles gained a greater degree of autonomy under the Dutch crown.

The major, formally independent states of the Caribbean were characterized by authoritarian regimes: Batista’s military regime (1952–59) in Cuba, Duvalier’s family dynasty (1957–86) in Haiti, and Trujillo’s dictatorship (1930–61) in the Dominican Republic.

The revolution in Cuba

The 1959 revolution in Cuba had profound effects on the rest of the Caribbean. Politically, militarily and economically, the United States sought to prevent radical upheavals in the area that were hereafter considered essential to the security of the superpower. The invasion of the Bay of Pigs (Pig Bay) in Cuba in April 1961 proved that it was difficult to stop the Cuban revolution purely military. Kennedy’s Progress Alliance was also going to benefit friendly states in the Caribbean. Cuba was excluded from the Organization of American States (OAS). US military bases grew throughout the Caribbean with Florida, Puerto Rico, Panama and Guantánamo (on the Cuban mainland) as the main support points. Significant US investment has found its way to ministries to curb political turmoil. In the late 1970s, the Bahamas, just off the coast of Florida, had the world’s highest share of foreign investment (substantially US) per capita. In April 1965, US troops invaded the Dominican Republic’s capital, Santo Domingo, to overthrow the elected Social Democratic government of Juan Bosch.

In the 1970s, the Caribbean had a large share of the world’s bauxite production and export of refined oil. In 1972, Jamaica, Surinam, Guyana, Haiti and the Dominican Republic produced 37% of the world’s bauxite. The refineries in Trinidad, Puerto Rico, the Bahamas, the Netherlands Antilles and the Virgin Islands supplied large quantities to the US market. During the 1970s, nationalist movements related to the trade unions also became aware of the strategic position the islands had in a larger economic context. Cuba made Caribbean friends with the revolutions of Grenada (1979) and Surinam (1980).

The need for economic cooperation between the mini-states was expressed in the establishment of the Caribbean Free Trade Association (Carifta, 1968–73) and its successor, The Caribbean Common Market (CARICOM, 1973–). Both organizations consisted of the former British colonies. The greatest benefits of Carifta were the larger states of Trinidad and Tobago, Jamaica, Barbados and Guyana. The creation of CARICOM has led to cooperation in a number of fields where states without a UK background are also involved. From 1990, CARICOM’s favorable trade agreements with the United Kingdom were no longer accepted by the EU, and this had a dramatic impact on exports of bananas and other agricultural products to Europe. Jamaica and Guyana are still important suppliers of bauxite to the aluminum industry. However, tourism is the main source of revenue in the Caribbean, while an increase in free trade zones with small-scale export industries has been increasingly prevalent in the 1990s. The privatization of state-owned companies has intensified to adapt the economy to the International Monetary Fund (IMF) and the World Bank ‘s requirements. A large part of the population has emigrated to the United States, Europe and other countries in the region, and the transfer of money from this to relatives forms an important part of the economy.

The Reagan Government’s Caribbean Basin Initiative of 1982 was more a result of the Cold War and an attempt to counter radical political upheavals in the Caribbean and Central America than an economic advantage for the countries. The end of the Cold War and declining revolutionary tendencies in Central America, Grenada and Surinam have left only Cuba in constant confrontation with the United States. The Caribbean countries are interested in normalizing relations with Cuba and have not supported the United States neither in the UN or the OAS for continued economic boycott. In addition, some states in the Caribbean have benefited from the North American Free Trade Agreement (NAFTA), especially in the textile industry, an agreement that is scheduled to be replaced by the US-initiated All-American ALCA. The region is increasingly haunted by natural disasters, with thousands of victims and major material destruction in hurricanes and floods. Several of the countries have problems breaking out of the poverty and crime spiral, which has slowed the growth of the important tourism industry.