When new legislation is initiated in the EU – which stands for European Union by abbreviationfinder, it is the European Commission that formulates and presents the bill. The Commission has a central legislative function, where it decides whether to propose new legislation, what the proposal should contain and the type of act.

The most common types of legislation are regulations and directives.

The vast majority of EU legislation is regulations.

The citizens’ initiative Right2Water led in 2018 to the European Commission revising the drinking water directive.

When a new European Commission has to be approved by the European Parliament, Parliament has, among other things, used the hearings of individual Commissioners to persuade them to take concrete initiatives.

According to countryaah, the citizens of EU countries have also been given the opportunity to get the European Commission to present bills. In 2012, the so-called citizens’ initiative came into force, which enables citizens from at least 7 different member states and with at least 1 million signatures to request the European Commission to take a specific initiative. However, the Commission is not obliged to comply with the request, and in 2018, only four out of 66 citizens’ initiatives first had a bill from the Commission.

An example of a consultation process is the preparations for an amendment to the EU regulation on the transport of waste. The changes are part of the European Green Deal, and the aim is to ensure that the EU’s waste transfer policy supports the transition to a circular economy and promotes waste recycling in the EU. At the same time, the Commission’s initiative aims to reduce waste exports. From March to April 2020, it was possible to submit a consultation response to an initial impact assessment from the European Commission within 4 weeks. A total of 81 consultation responses were submitted, in particular by business organizations and green interest groups from various EU countries. From Denmark, Danish Industry, the Danish Chamber of Commerce and the environmental organization Plastic Change submitted consultation responses. The Commission then had to return to the desk and write on its draft amendment to the regulation.

In the legislative work, the responsible commissioners and their officials will also be directly approached by lobbyists. Lobbying is a very common part of the EU’s legislative work and the European Commission receives many inquiries, where those who are interested in a case ask for meetings and submit ideas and suggestions on how a bill should be drafted. Many Danish interest organizations, companies, regions and municipalities have established offices and seconded employees in Brussels, who try to influence the EU Commission and EU politicians. In addition, lobbying takes place at home in the Member States, where one tries to influence the responsible minister to work in a certain direction.

The Council of Ministers first considers the proposal in working groups, where officials review all the many parts of a proposal. The proposal and the European Parliament’s amendments are then sent for debate and voting between the ministers of the Member States. The Council of Ministers adopts proposals in the ordinary legislative procedure by a qualified majority. A qualified majority means that 55% of the countries and 65% of the EU population must vote in favor of a proposal.

Once the European Parliament and the Council of Ministers have made progress in their respective negotiations, they will begin to negotiate a compromise between the two institutions. Such compromise negotiations take place in so-called triologists. The European Commission is also sitting here with the Presidency of the Council of Ministers, rapporteurs and shadow rapporteurs from the European Parliament.

An example of a proposal adopted in first reading is the revision of the EU Waste Directive, which was originally adopted in 2008. In December 2015, the EU Commissioner for the Environment submitted a proposal to amend the directive, which, among other things, shall promote waste prevention, recycling and waste sorting. The new directive was adopted by the European Parliament and the Council of Ministers on 30 May 2018. In the European Parliament, 533 members voted in favor of the amended directive, 37 against, while 57 of the members present abstained. In the Council of Ministers, 26 member states voted in favor, which made up as much as 96.07% of the population. No countries voted against, but Hungary and Portugal abstained. As the act is a directive, Member States have until 5 July 2020 to implement it. 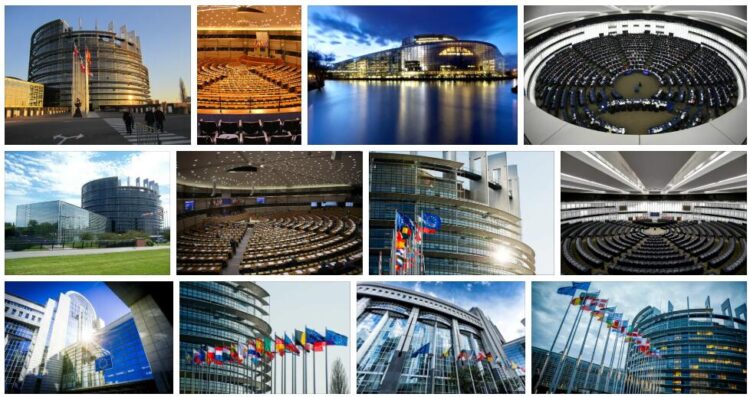