Magnificent tundra, vast forests and mighty mountain ranges. Canada is the world’s second largest country after Russia and 22 times larger than Sweden. With a population of around 35 million, it is also one of the world’s most sparsely populated countries with only three residents per square kilometer.

Northern Canada stretches all the way to the North Pole, and forms part of the Arctic. The magnetic north pole is located on Canadian territory, although it is slowly moving towards Siberia. Northern Canada is often very inaccessible to tourists, but those looking for more adventurous and barren sights can benefit from visiting the Yukon Territory in combination with Alaska.

Canada is first and foremost unique nature. From the rugged rocky shores of the east coast, across the vast agricultural areas of southern Canada, to the stunning world-class national parks of the Canadian Rocky Mountains. In Canada, there is also the opportunity to go on a bear safari, to experience brown bears and grizzly bears in their proper environment.

Niagara Falls invites to a cross-border experience. Millions of visitors come every year to see the falls, and many believe that the view of Niagara Falls is the most beautiful from the Canadian side.

Movies such as “The Thing”, “Superman”, “American Psycho”, “Will Hunting”, “Naked Lunch”, “Watchmen” and “Videodrome” are all filmed in Canada.

The following objects in Canada are listed as a UNESCO World Heritage Site.
The year in which the item was added to the list is indicated in parentheses.

Electricity and electrical outlets in Canada 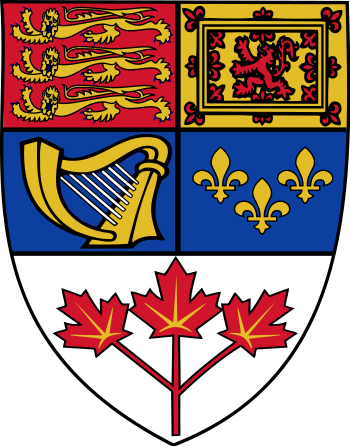 Calgary is a city in southern Alberta, Canada. It is Alberta’s most populous city with 1,042,892 residents (2008), and just over 1.4 million residents with suburbs.

The city is located in the transition area between the prairie and the Rocky Mountains and is the capital of the country’s oil and natural gas industry and the financial center of western Canada. Calgary is a well-known destination for winter sports and hosted, among other things, the 1988 Winter Olympics.

Edmonton is the capital of the Canadian province of Alberta, and is one of the largest cities in North America. Edmonton has 752,412 residents (2008) and approximately 1.1 million residents, including the suburbs.

Perhaps the city’s most famous facility is the West Edmonton Mall, the world’s third largest shopping mall. It is 570,000 square meters in size and cost about 1.2 billion Canadian dollars to build. There are over 800 shops and service shops, as well as parking for more than 20,000 vehicles. The plant has approximately 23,000 employees. Every year, 28.2 million people visit the mall, and between 60,000 and 150,000 per day depending on the season.

Halifax is the provincial capital and largest city of the province of Nova Scotia in Canada. The town’s population in 2006 was 372,679. Halifax is the region’s economic and cultural center. The large and ice-free port has, among other things, large container traffic. In addition to trade, administration and service, education and research activities play a major role.

Montreal is Canada’s second largest city and the largest city in the province of Quebec. The area that today constitutes the municipality of Montreal had in 2001 1,588,590 residents, the region of Montreal (which also includes 15 smaller suburban municipalities) had 1,812,723 residents and the metropolitan area 3,426,350 residents.

Montreal is known for its multicultural population. As in the rest of Quebec, French is the dominant language in Montreal. It is often claimed that Montreal is the world’s second largest French-speaking city after Paris, which is debatable, however, as several cities in French-speaking Africa have significantly more residents. In Montreal, however, there is a significant English-speaking minority and many of the city’s residents are bilingual.

Montreal is Quebec’s economic center and one of Canada’s most important cultural centers with several major international festivals and events: the 1976 Summer Olympics, the Juste pour Rire, the Montreal Jazz Festival, the Canadian Grand Prix and many others. During the Prohibition era in the United States, Montreal, along with Havana in Cuba, became known as the “City of Sin” and during this period was able to offer an entertainment life without equivalent on the continent.

Compared to all other major cities in North America, Montreal has a larger proportion of students at the post-secondary level. Montreal’s literary scene led UNESCO in 2005 to designate the city as “World Book Capital City 2005-2006”. Montreal is also an important hub for the healthcare and aerospace industries.

According to Countryaah, Ottawa is the capital of Canada and has 812,129 residents (2006). Both English and French speakers live in Ottawa. The city was originally called Bytown, and it got its current name in 1855. In 1857, Victoria of England decided that Ottawa would become the capital of Canada. Tourism is important to Ottawa and the city has many popular museums. A tourist attraction in the winter is the skating rink on the Rideau Canal, which then temporarily becomes the world’s longest skating rink with its 7.8 kilometers.

Québec is the capital of the Canadian province of Quebec. The city merged with several surrounding cities in 2002 and has 528,595 residents (2004) and 682,757 residents in the metropolitan area.

In 1985, the Old Town of Québec, the only North American city with preserved city walls north of Mexico, became a UNESCO World Heritage Site. In or next to the historic city center you will find today Québec’s Parliament building, National Museum and the “Museum of Civilization”.

Québec is famous for its winter carnival and Château Frontenac, a historic hotel whose silhouette still dominates the city. Other popular places to visit are the Montmorency Falls next to Beauport and the Basilica of Sainte-Anne-de-Beaupré in the city of Beaupré.

Quebec is the second oldest city in Canada after St. John’s on Newfoundland. The city was founded by Samuel de Champlain in 1608 next to the Indian village of Stadacona. The residents of Stadacona thus gave Canada its name by its word for “village”, kanata.

Toronto is the largest city in Canada and has Toronto 2,503,281 residents (2006) and a total of 5,113,149 in the metropolitan area. The city is one of the most important financial and trade centers in Canada and North America. The city has more than 80 ethnicities and over 100 different languages, which also makes the city one of the most multicultural in the world.

Toronto is home to the world’s tallest detached building, CN Tower. A 553 meter high radio tower used as an icon for the city. The tower has a glass floor that visitors can walk on. In clear weather, you should be able to see all the way to Niagara Falls. CN Tower is on the list of the seven wonders of the modern world compiled by the American Society of Civil Engineers in 1994.

Toronto is a city with many museums, theaters, galleries, festivals, comedy clubs, events and sporting events. It is most often classified as Canada’s premier cultural center.

Vancouver is a city in the province of British Columbia in the southwest corner of Canada. The city is Canada’s third largest and has 611,869 residents (2006), and 2.5 million residents in the entire metropolitan area.

The city is named after the British explorer George Vancouver who explored the area in 1792. The city is an important port city in Burrard Inlet and is Canada’s largest western port. It is also North America’s third largest film production center after Hollywood and New York.

Victoria is the capital of the Canadian province of British Columbia. It is located on southeastern Vancouver Island and has 78,659 residents (2006). The city’s most important industries are administration and tourism with related service activities. The city hosted the Commonwealth Games in 1994.