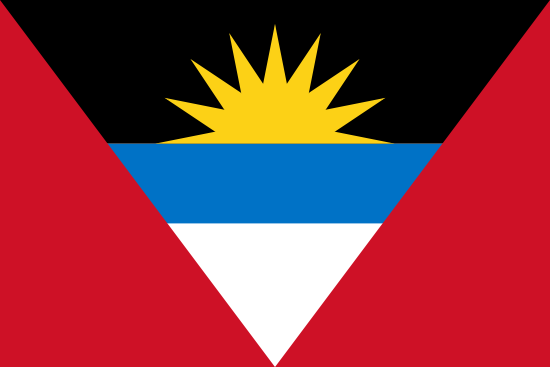 Antigua and Barbuda is an island state in the Caribbean bordering Guadeloupe, Montserrat, Saint Kitts and Nevis and Saint Barthélemy. Antigua is the larger island with an area of ​​280 km2. Barbuda’s area is 161 km2. There is also a small island, Redonda, which is 1.6 km2.

The first residents of Antigua and Barbuda were Ciboney in the 24th century BC. When Christopher Columbus landed here during his second voyage in 1493, the islands were inhabited by Arawak and Caribbean Indians. The first Europeans to settle in Antigua and Barbuda were Spaniards and French. These were followed by the British who made the islands a colony in 1667. In Antigua there were sugar plantations, and slaves worked there until slavery was abolished in 1834. The country became an independent state within the British Commonwealth in 1981.

More than half of GDP is tourism. However, the number of tourists has decreased in recent years, which makes the country’s economy worse. You do not have much to replace tourism with. Agricultural production is mainly for the domestic market and is limited by water shortages. The industry has some production of electronic components.

Electricity and electrical outlets in Antigua and Barbuda

According to Countryaah, Saint John’s is the capital of Antigua and Barbuda, located in the Caribbean Caribbean Sea. The city has 24,226 residents (2000) and is the country’s commercial and administrative center. The city also houses the country’s main port. The city has been the administrative center of the islands since they were first colonized in 1632, and became the capital when the islands became independent in 1981.