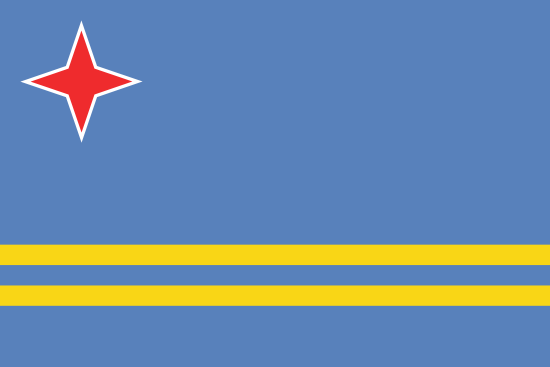 Aruba is located in the Caribbean, a few miles north of Venezuela, and was formerly part of the Netherlands Antilles. It is the smallest of the ABC islands, which also includes Bonaire and Curaçao, and a popular destination with sun, beaches and Dutch colonial charm.

Arikok National Park covers almost a fifth of the island, and is a desert-like environment with dramatic lava formations, ancient rock paintings, viewpoints and a multifaceted animal and plant life.

Aruba is located outside the hurricane belt, and boasts a large number of hours of sunshine per year. Unlike many other Caribbean islands, it has a dry climate with very few rainy days. Aruba is the island with the least rainfall in the Caribbean.

On the southwest coast is the capital Oranjestad, with its colorful building architecture. Many of the island’s sandy beaches are also located here. Along the northeast coastline grows the fofoti tree, which has also become Aruba’s unofficial mascot. They have been effectively bent to the south by the constant trade winds.

The first population of Aruba was the Arawak Indians, who came to the island from the South American mainland. The earliest known settlement on the island is dated to the 11th century. Spain claimed the island in 1499, and shortly thereafter enslaved the Native American population. The island was later called Isla inutíl (“The useless island”) because neither gold nor any other treasures could be found here.

Electricity and electrical outlets in Aruba 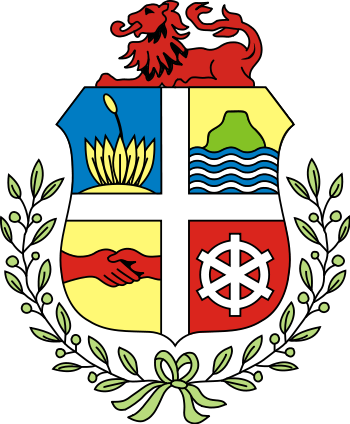 According to Countryaah, Oranjestad is the capital of the Dutch island of Aruba in the Caribbean, and has 32,748 residents (2008).

The city is crossed by the esplanade Caya GF Betico Croes and Lloyd G. Smith Boulevard. The center consists of the area around Fort Zoutman which was built in 1796 with historic buildings such as the Willem III Tower and the harbor Schoonerhafen with many duty free shops. There is also a large shopping area on Wilhelminastraat. The city’s museum displays utensils from the island’s history. Since the 1960s, tourism has been a major source of income for Oranjestad.