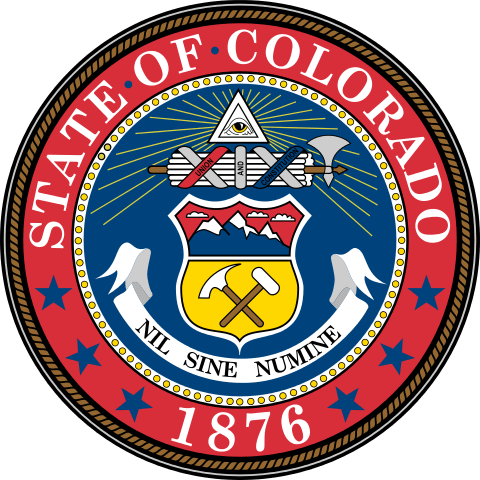 Abbreviated as CO by AbbreviationFinder, the “Centennial State” emerged in 1876, exactly 100 years after the United States declared independence, from the Colorado Territory, which was founded in the Front Range in 1861 at the height of the gold rush. The capital and economic center is Denver, in whose metropolitan area more than half of the five million residents of Colorado live. Other major cities are Colorado Springs and Fort Collins.

The state got its name from the Colorado River, which was so named by the former Spanish rulers of the area because of the reddish mud it carries with it.

The state of Colorado is located in the central to western part of the United States and is enclosed by a total of seven states. The northern neighbor is Wyoming, in the east Colorado meets the Prairie States of Nebraska and Kansas and on the southeastern border Colorado is separated from Texas by the relatively small strip of land of the Oklahoma Panhandle.

While the border with New Mexico runs in the south, Colorado has no common border with the state of Arizona in the southwest, but only meets it at its southwestern corner. Along with New Mexico, Arizona and Utah, the western neighbor, Colorado is the so-called ” four-corner states ” (Four Corners) ; this phenomenon, unique in the United States, was marked with a monument at that point.

Along with Wyoming and Utah, Colorado is one of the three states of the USA that have practically no natural state borders, but are almost exclusively defined along lines of longitude and latitude. Colorado extends roughly rectangularly from about 37 ° N to 41 ° N and 102 ° W to 109 ° W.

In Colorado there are warm, sometimes hot summers and cold, snowy winters (continental climate). The difference between day and night in particular is sometimes extreme. In summer it can get very cold at night despite high daytime temperatures. The precipitation (approx. 400–500 mm annually) is distributed over the whole year, with a slight overweight in summer, whereby the air is usually very dry with 50% humidity.

Colorado is one of the most economically successful states in the USA. The real gross domestic product per capita GDP – the most important indicator of prosperity – was USD 58,422 in 2016 (national average of the 50 US states: USD 57,118; national ranking: 17). The unemployment rate was 2.9% in November 2017 (national average: 4.1%).

In the second half of the 20th century, the industrial and service sectors in particular developed. The Colorado economy is fanned out on a wide spectrum. The density of companies in the field of scientific research and the high-tech industry is particularly noteworthy. Colorado has many universities

Sheep, cattle and beef cattle are mainly raised in the mountains. Corn, wheat, potatoes, sugar beet, alfalfa and fruit are grown. Viticulture is also practiced in Colorado. Since the consumption and cultivation of marijuana was legalized in 2014, more and more hemp has been grown since then. 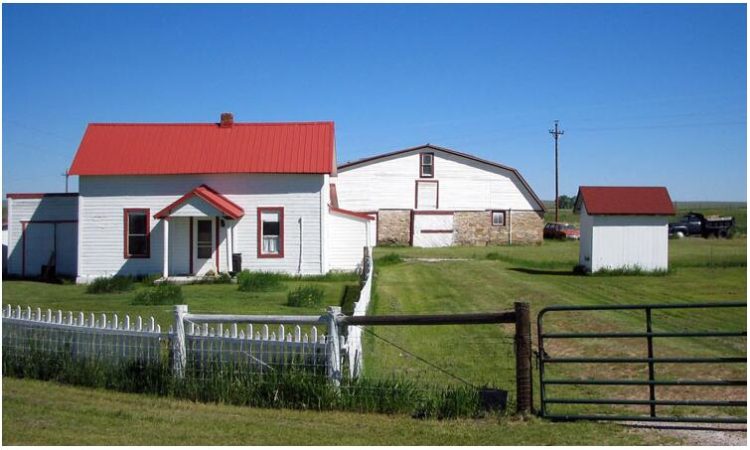 Colorado is the largest molybdenum producer on earth. Colorado has large amounts of unexploited oil shale, but Colorado is particularly rich in shale gas. However, this is less profitable or more complex to mine and transport. The problem is exacerbated by the fact that the USA imported natural gas from Canada in the meantime, but became by far the largest producer in the world due to the shale gas boom with just over 20% of global natural gas production in 2016.

Some of the largest oil and gas fields are in Colorado. In the meantime, these can be exploited by new and cheaper conveyor technologies.

This is a point at which the four US states of Utah, Colorado, New Mexico and Arizona (clockwise from the northwest) meet. This is the only quadrangle of states in the United States. It is located on the Colorado Plateau and belongs to the Navajo Nation, the self-governing territory of the Navajo.

In the area around Four Corners, satellite data has detected massive methane emissions from nearby coal mines. At an estimated 600,000 tons per year, emissions are greater than those of the entire UK oil, gas and coal industry.

In 1875 the border point was first marketed by a sandstone pillar; this was replaced by a new stone in 1899. In 1912 a simple cement slab was poured around the boundary stone. In 1931 the point was marked by a brass disc embedded in cement. In 1992 the monument was redesigned from the ground up: since then it has consisted of a square stone platform with a round granite slab in the middle, in the center of which the US Department of the Interior placed a newly designed aluminum-bronze border marker. In 2010 the monument was renewed again, whereby the pane in the middle was not changed.

Despite its remote location, the point has grown into a tourist hub operated by the Navajo Parks and Recreation Department. Around the monument, Navajo and Ute artists sell souvenirs and snacks.

Also known as Centennial State, Colorado is short for CO with a population of 4,301,261. According to Countryaah, the capital city and the biggest city of Colorado is Denver.