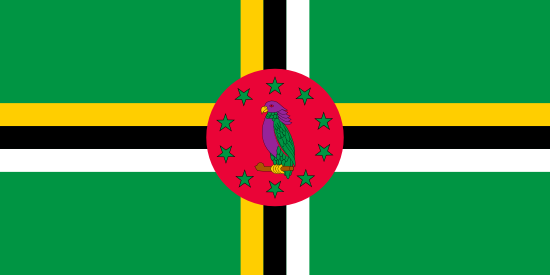 Dominica is located in the Caribbean, and was the last Caribbean island colonized by the Europeans. The reason was mainly due to the strong resistance of the indigenous population.

France, which first owned the island, handed it over to Britain in 1763. In 1805, Dominca became a British colony, which ceased in 1978 when the country became independent. In 1980, a corrupt and tyrannical regime was replaced by the government of Mary Eugenia Charles. Mary Eugenia Charles was the first female Prime Minister of the Caribbean, and she remained until 1995.

Dominica’s mountains are inactive volcanoes and among its craters is Boiling Lake, which is the second largest thermally active lake in the world.

The development of the tourism industry is hindered by the fact that there are no beaches and no international airport. Dominica’s largest industry is soap making. Unemployment is high and 30 percent of the population lives below the poverty line.

The following objects in Dominica are listed as a UNESCO World Heritage Site.
The year in which the item was added to the list is indicated in parentheses.

Electricity and electrical outlets in Dominica 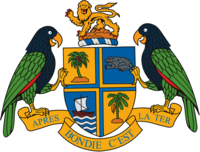 According to Countryaah, Roseau is the capital of Dominica. The city is located on the west coast of Dominica and has 14,847 residents (2001). The city is surrounded by the Caribbean Sea and is built on the same site as the ancient village of Sairi, making the city the oldest on the island.

In the 19th century, only the central part of Roseau existed, and only a seventh of the city’s population lives there today. The old suburbs of Newtown and Potter’s Ville were built as early as the late 19th and early 20th centuries. Goodwill came in the 1950s and Bath Estate as late as the 1980s. Since then, new suburbs such as Stock Farm, Castle Comfort and Wall House have been built.

The city exports bananas, vegetables, grapefruit, oranges and cocoa, among other things.