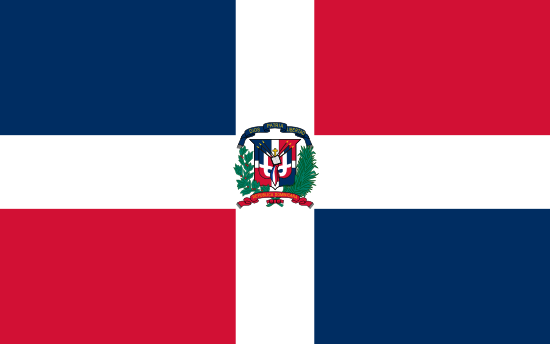 The Dominican Republic occupies two thirds of the island of Hispaniola in the Caribbean, which is shared with Haiti. The country is both in terms of area and population the second largest in the Caribbean, after Cuba.

Christopher Columbus came to the island in 1492, and four years later his brother Bartolomeo founded the city of Santo Domingo – the oldest Spanish city in America. Here are i.a. America’s oldest university, founded in 1538, and the alleged remains of Christopher Columbus. The city has been a UNESCO World Heritage Site since 1990.

The Dominican Republic is one of the poorest countries in the Caribbean, and the social gaps are large. More than a third of the population lives in poverty, and almost a tenth in extreme poverty. The cost situation is just under half against, for example, Jamaica, Barbados and Martinique, which has benefited the country’s tourism.

The landscape is largely mountainous. In the Dominican Republic, there is both Duarte, which is the highest peak in the entire Caribbean, and Lake Enriquillo, which is the lowest point in the Caribbean.

The following objects in the Dominican Republic are listed as a UNESCO World Heritage Site.
The year in which the item was added to the list is indicated in parentheses.

Electricity and electrical outlets in the Dominican Republic

Type of plug: A

According to Countryaah, Santo Domingo is the capital of the Dominican Republic and has just over 2 million residents (2008). When the city was built in the 1490s, it became the first city of the new world and was founded by Christopher Columbus’ brother Bartolomeo. In 1586, Sir Francis Drake attacked the city and largely succeeded in destroying it. The reconstruction took considerable time.

In 1990, Santo Domingo was added to the UNESCO World Heritage List.