In 1697, Spain ceded the western third of the island to France, which, with the help of African slaves and a very serious environmental degradation, made a large income from forestry and sugar-based industries.

In the latter part of the 18th century, the majority of Haiti’s 500,000 slaves revolted under the leadership of François Toussaint l’Ouverture and the First Black Republic declared independence in 1804. The

post-war period was dominated by dictator François Duvalier, commonly known as Papa Doc 1957-1971. From 1971 to 1986, it was his son Jean-Claude Duvalier, also known as Baby Doc, who ruled the country with dictatorial power.

Haiti has been largely plagued by political violence since independence and is now one of the poorest states in the Western Hemisphere. Guest workers in other countries contribute a lot to the livelihood of the country’s population.

Catholicism is Haiti’s official religion, but voodoo can be said to be the country’s folk religion. The majority of Haiti residents believe in and practice at least some aspects of voodoo. Most people believe that their voodoo beliefs can coexist with Catholicism. However, most Protestants oppose voodoo.

In 1925, Haiti was a tropical paradise, and 60 percent of the forest covered the country. Since then, the population has cut down everything but 2 percent of the forest, and at the same time indirectly destroyed fertile arable land and contributed to the land being transformed into a desert. Erosion has hit the mountains hard. Space images show a large difference in forest density between Haiti and the neighboring Dominican Republic. The majority of the wood cutting has taken place to produce charcoal, the country’s main energy source. Haiti’s deforestation has led to international attention and many attempts to replant forests. However, these have not led to any major improvement.

A dispute is ongoing between the United States and Haiti over the island of Navassa, for which both countries are claiming. The Haitians claim that Navassa became Haitian following an agreement between France and Spain in 1697, in which France acquired the western part of Hispaniola, plus nearby islands, including Navassa. The United States claims that the island belongs to them according to its own document from 1856.

The following objects in Haiti are listed as a UNESCO World Heritage Site.
The year in which the item was added to the list is indicated in parentheses.

Electricity and electrical outlets in Haiti 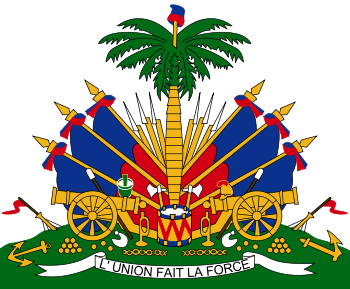 Cap-Haiti is one of Haiti’s oldest cities. It is located on the northern coast of Haiti and with its 186,251 residents (2003) is the country’s second largest city.

When Haiti was a French colony, the city was called Cap-Français, but the city changed to its current name at Haiti’s independence in 1804. Cap-Haiti is known, among other things, as a holiday destination for Haiti’s upper class.

Cap-Haiti is also the largest city closest to Haiti’s historic city of Milot, which was the country’s former capital. Among other things, there is Sans-Souci, the castle where Henri Christophe lived, and which in 1982 was included on the UNESCO World Heritage List.

According to Countryaah, Port-au-Prince is the capital of Haiti, with a suburb of 1.7 million residents (2007), which also makes it the country’s largest. It is located at the far end of Gonâve Bay, and is the country’s dominant city and main port. The city center has a colonial character with magnificent buildings, but a large part of the population lives in shantytowns. Port-au-Prince was founded by French sugar growers in 1749 as a French residence.