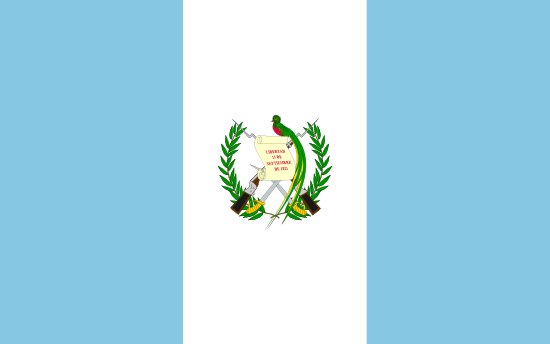 Guatemala is located in Central America and borders Belize, El Salvador, Honduras and Mexico. Guatemala has two coasts, to the east is a narrow coast to the Caribbean Sea and to the west is the Pacific coast. Guatemala claims parts of Belize, and there are Guatemalan settlements in that area.

Guatemala’s earliest history is strongly connected and marked by the Maya people and the earliest signs from the Mayan period, the researchers believe are between 2000 and 1500 BC.

As early as 1100 BC. the olmec people have started to build pyramids and carve out large quarries. The Olmecs are often referred to as Mesoamerica’s mother culture. These people had a great influence throughout the Mayan region, and especially influenced art, religion and politics. They also early developed a writing system and a calendar known as the “Long Count”.

During the period 350 BC. to 250 AD. a city called El Mirador emerged, spreading over 20 square kilometers and having a population of about 100,000 residents. Only the size of the city allowed the city to be classified as a superstate as early as 100 BC. The tallest temple complex in the city reached 70 meters – the tallest structure ever built in pre-Columbian culture in America.

The period around and after 300 AD. is considered the most important epoch in Mayan history. The Maya people now came under the influence of Teotihuacán in Mexico, a city of about 250,000 residents. Another city emerged, Tikal, as a dominant center of power in the land of the Mayans. At the same time, the city of Calakmul also grew. From 500, these cities were so large that all other cities in the Mayan world belonged to them. Calakmul defeated Tikal 562 and this was followed by a “state of dormancy” of 130 years when neither Tikal nor any other city around had any development.

Between 600 and 850, there was great prosperity in the Mayan areas. The Maya people were united in the same religion and culture, and the Mayan architecture, astronomy and art reached so high that no other pre-Colombian society could compete with them. Trade flourished and the population grew to about 10 million residents around 750. From 750 to 830 and after, these trade relations were broken, wars broke out, cities were left and no new temples or monuments were built as before. The cause of the decline is not known.

From the 14th century until the Spanish invasion of Guatemala in 1523, there were constant wars between the various tribes and different ethnic groups in the country. Due to the poor cohesion and internal strife, they met the Spaniards with little united resistance. The Spaniards also had a great advantage with their horses, armor and rifles. It is said that the Spanish conquistador Alvarado with his 620 men defeated 30,000 k’iche ‘warriors near Xelajú.

Guatemala became an independent state in 1821. Guatemala is today a democratic state, but during the latter 20th century the country has had various military governments and bloody wars.

In 1996, a peace agreement was signed between Guatemala’s government and the guerrilla coalition URNG. The agreements ended a 36-year war marked by incomprehensible brutality against civilians, mainly the Maya population. The wars left behind over one million refugees, 200,000 dead, and an unknown number of orphans and widows and a number of devastated villages. The agreement gave Guatemala hope for better times.

The following objects in Guatemala are listed as a UNESCO World Heritage Site.
The year in which the item was added to the list is indicated in parentheses.

Electricity and electrical outlets in Guatemala 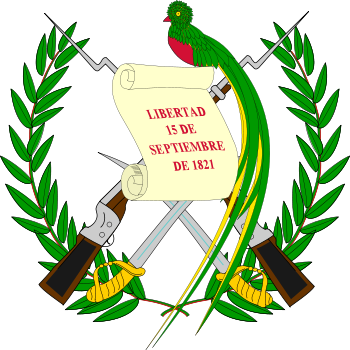 Antigua is a city in the central mountainous region of Guatemala, known for its well-preserved Spanish Baroque buildings and spectacular church ruins.

Antigua was founded in 1543 and was formerly Spain’s colonial capital of Central America. The conquistadors named the city La Muy Noble y Muy Leal Ciudad de Santiago de los Caballeros de Guatemala (“the very noble and very loyal city of Santiago by the Knights of Guatemala”), in honor of its patron saint Santiago.

In 1773, the city was hit by two major earthquakes and large parts of the city were destroyed. The Spanish Crown ordered that the city be rebuilt in a safer place, which became what is today Guatemala City, Guatemala’s current capital. In 1776, the residents were ordered to move to the new city, as did most of them.

In 1979, Antigua was added to the UNESCO World Heritage List.

Flores is a city in Guatemala with 13,700 residents (2003). The older part of the city is located on an island in Lake Peten Itza.

According to Countryaah, Guatemala City is the capital and largest city of Guatemala. It is also the largest city in Central America and has a total of 7,156,000 residents (2008).

Guatemala City was the site of Central America’s declaration of independence from Spain, and in 1821 became the capital of the Central American Federation. The city is located near the volcanoes Agua, Fuego, Acatenango and Pacaya and has been hit by several earthquakes. The city is an important commercial center for Central America and Guatemala’s largest trading and industrial city.

It serves as the main gateway to the country, with the country’s largest international airport. The city has many restaurants, hotels and shops, as well as galleries and museums.