Honduras is located in Central America and borders Guatemala, El Salvador and Nicaragua. Before Honduras became independent in 1821, the country was a Spanish colony.

Honduras was ruled by the military from the mid-1950s until 1982, when free, democratic elections were held. In 1969, the so-called football war against neighboring El Salvador is fought for 4 days. In the 1980s, Honduras was the base for contras fought against the Nicaraguan government. Honduras was at the same time allied with Salvadoran government troops fighting left-wing guerrillas in El Salvador.

There are hopes that the country will have part of its foreign debt written off. How Honduras’ economy will develop depends a lot on the US economy, as the US is the country’s largest trading partner, but also on the world market price of coffee and the fact that it succeeds in reducing the extensive crime and corruption in the country.

The following objects in Honduras are on the UNESCO World Heritage List.
The year in which the item was added to the list is indicated in parentheses.

Electricity and electrical outlets in Honduras 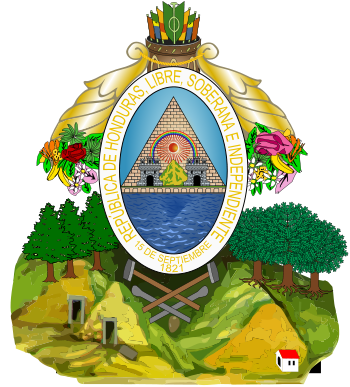 The city was founded in 1578 as the central town for the area’s mining, and was a center for gold and silver mining. The name means Silverberget. Nowadays, textiles, sugar and cigarettes are mainly produced in the city.