Trinidad and Tobago are the southernmost islands in the Caribbean, located just 11 km from Venezuela. The country is known for its chalk-white beaches, nature and rich wildlife. One of the islands is called the “Galapagos of the Caribbean”, and it was here that Daniel Defoe’s classic about Robinson Crusoe took place.

The country is one of the richest and most industrialized countries in the Caribbean, and consists of the two larger islands Trinidad and Tobago, as well as about 20 small islands. Unlike the islands of the northern Caribbean, Trinidad and Tobago is a geological extension of South America.

Trinidad is the largest of the islands, with the capital Port of Spain and 96% of the country’s population. The island consists mainly of lowlands with long white beaches along the coast. To the southeast is the large asphalt lake Pitch Lake, which is the world’s largest reservoir of asphalt. Tropical rainforest covers a third of the island.

Tobago is the exact opposite of Trinidad. There is no hurry here, and there is a majestic calm. The island is green and lush, and has one of the oldest rainforests in the world. This is where most tourists come, with beaches such as Pirates Bay and Bacolet Bay, where some claim that Robinson Crusoe was stranded in 1659. The

book “A House for Mr Biswas” by VS Naipaul takes place in Trinidad and Tobago.

Weather in Port of Spain 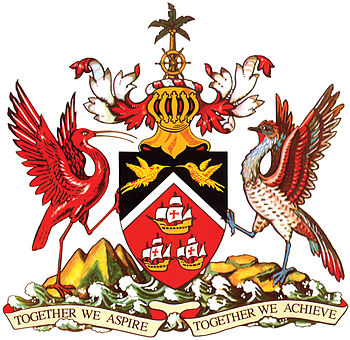 According to Countryaah, Port of Spain is the capital of Trinidad and Tobago. The city has about 49,000 residents (2000), and with suburbs about 274,700 residents. Port of Spain was founded in the 1560s and is located on the west coast of Trinidad. It is the country’s dominant city and one of the Caribbean’s foremost port cities. The city is visited every year by many tourists.