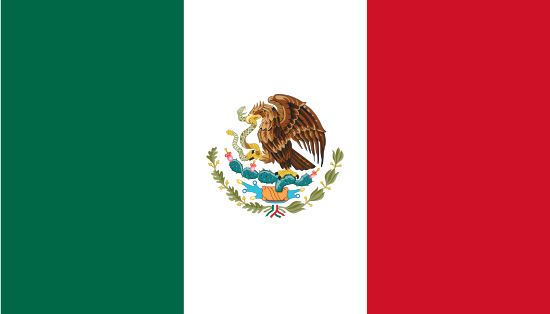 Mexico is located in southern North America and borders Belize, Guatemala and the United States and has coasts to both the Atlantic and Pacific Oceans. In 1810, a group of insurgents declared the country’s independence, sparking a civil war, the Mexican War of Independence, against the federal government, which was loyal to Spain.

The Civil War ended with a negotiated settlement that made Mexico independent in 1821. The Republic of Texas broke away from Mexico in 1837. France took the opportunity to attack in 1838 in the so-called Pastry War and Texas was finally incorporated into the United States in 1846. to realize the territorial ambitions that had been put forward shortly after Mexico’s independence. The North American intervention war lasted until 1848. During this time, the Yucán Republic had declared itself independent and neutral in the conflict. In the peace treaty, Mexico was forced to give up large tracts of land, which today largely consists of the current US states of California, Nevada, Utah, Arizona and New Mexico.

In the northern part of the Mesoamerican cultural area there are many well-known ruined cities. Among other things, the multi-ethnic Teotihuacán is located in Mexico. Here was the Aztec Empire with cities such as Tlacopán, Tenochtitlán and Texcoco. The Yucatan Peninsula was home to most of the Mayan culture, including Palenque, Chichén Itzá, Uxmal, Cobá and Tulúm. Cancun in the Yucatán has taken over the leadership role as a tourist destination after Acapulco.

The following objects in Mexico are listed as a UNESCO World Heritage Site.
The year in which the item was added to the list is indicated in parentheses.

Electricity and electrical outlets in Mexico 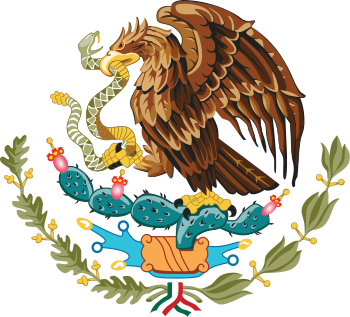 Acapulco is a city in southern Mexico with 616,165 residents (2007). It is located on the Pacific coast just over 300 km south of Mexico City. The city, which has a natural harbor in the Gulf of Acapulco, became very important in the Spanish Empire when a large part of the trade with China and the Philippines went this way.

Acapulco is primarily a tourist town. Worth seeing are the divers, clavadistas, who throw themselves from a height of 45 meters at the steep cliffs at La Quebrada. Elvis Presley’s movie “Fun in Acapulco” was filmed here. In the 1960s, the place was popular with jet set people, and Jackie and John F Kennedy celebrated their honeymoon here.

Cancún has 572,412 residents (2007), and is one of the fastest growing cities in Mexico. The city is located on the northeastern tip of the Yucatan Peninsula, where the Gulf of Mexico meets the Caribbean Sea on the Yucatan Canal. The city was founded in 1970 and has since quickly developed into a popular tourist resort.

Cancún was hit hard by Hurricane Wilma in 2005 and since then it has worked hard and successfully with reconstruction, including the restoration of beaches.

Ciudad Juárez, together with El Paso on the American side, forms an international metropolitan area with a total of 2.1 million residents (2007). However, the area does not fully function as a single entity due to the border between the countries, and the restrictions in the flow between the cities that follow.

The city’s name has long been Ciudad Juárez in official contexts. In folklore, however, the city is usually called Juárez, and there are indications that this is the official name of the city nowadays. The Mexican statistical institutes INEGI and CONAPO currently use the short form Juárez for the city in their compilations of the country’s cities and towns.

The city was founded in 1542, and is named after the Spanish city of Guadalajara.

The architecture of the city is impressive and most of it is built in Spanish colonial style. The colorful houses cling to the walls of the ravine and create a magical urban space. The city is sandwiched in a ravine and can be seen in several movies, both Mexican and American.

Guanajuato was and still is an important mining town with large silver and gold mines. During the Spanish colonial era, gold and silver were transported in caravans from Guanajuato via Dolores Hidalgo, San Miguel de Allende, Queretaro and on to Mexico City and Veracruz for boat shipping to Spain.

Guanajuato and the surrounding area were the central areas of the uprising against the Spaniards in 1810. Several of the insurgents and freedom fighters were beheaded and their heads hung for a long time for viewing on the corner of Alhondiga de Granaditas, the grain store in Guanajuato.

In 1988, the historic Guanajuato, with nearby mines, was inscribed on the UNESCO World Heritage List.

Usually the Mexicans call the city Mexico. When there is a risk of confusion, the Distrito Federal, abbreviated DF (pronounced “De effe”), or the more officially sounding Ciudad de México, Mexico City, is used. When Mexicans want to specify that they are talking about the country of Mexico, “La República Mexicana” is most often used.

Famous sights in Mexico City are its Zócalo, the central site with the Spanish Cathedral and Aztec ruins, the elegant boulevards Paseo de la Reforma and Insurgentes, the Chapultépec Palace Museum, the National Anthropological Museum, the Fine Art Palace, the Three Cultures Square and the Basilica Wife of Guadalupe. The city has about 160 museums, over a hundred art galleries and about 30 concert halls.

In central Mexico City is Zokalo Square. At the square are the city’s old cathedral, ruins from the old Tenochtitlan and the Palacio Nacional. Around this is the Centro histórico, the historic center, an area filled with churches, palaces and colonial-style houses. To the west is Alameda, an open park area with the Bellas Artes Palace, the main stage for performing arts in Mexico.

The city’s central street is the Paseo de la Reforma. This 12-kilometer-long avenue was built from the beginning by Emperor Maximilian in the 1860s. Along this avenue are several famous monuments, including the most famous, El Ángel de la Independencia. The “Angel of Independence” was built in 1910 to celebrate the centenary of Mexico’s independence, and is strongly inspired by the Siegessäule in Berlin. South of Reforma is the Zona Rosa entertainment district, with streets named after major European cities where there is also the opportunity for elegant shopping and nightlife.

The area of ​​Coyoacán in the south, which was previously a city of its own, is another pleasant area with restaurants. Here are both the painter couple Diego Rivera and Frida Kahlo’s house, and the house where Leon Trotsky was murdered in 1940. To the south is also the university campus UNAM, with monumental murals from the flowering of this art form during the first half of the 20th century. About 45 km northeast of Mexico City are the ruins of the city of Teotihuacán. Teotihuacán is the largest known Pan-American city that came into being before Christopher Columbus’ discovery of America.

In 1987, the historic center of Mexico City and the historic city of Teotihuacán were included in the UNESCO World Heritage List.

Monterrey is a city in northeastern Mexico with 1,142,923 residents (2007), and 3.9 million in the metropolitan area. Monterrey is the country’s third largest urban area and its second most important industrial region. The city has extensive heavy industry, oil refinery and petrochemical industry. The city also has several large universities and colleges.

The city was founded in 1596 under the name Ciudad Metropolitana de Nuestra Señora de Monterrey.

Oaxaca is a city in southern Mexico with 258,008 residents (2005), and is the administrative capital of the state of the same name. The archeological site of Monte Albán is located just outside Oaxaca. It was the capital of the Zapotecs around 600900 AD. In Monte Albán there are, among other things, over 170 underground trenches and stone slabs with hieroglyphs and reliefs of “dancing” men.

In 1987, the historic center of Oaxaca and the archeological site of Monte Albán were inscribed on the UNESCO World Heritage List.

In 1987, the historic center of Puebla was inscribed on the UNESCO World Heritage List.

Puerto Vallarta is a city in western Mexico with 188,020 residents (2007). The city is located on the coast of the Pacific Ocean, in the state of Jalisco. It is the state’s largest city outside Guadalajara’s metropolitan area.

Puerto Vallarta was founded in 1851.

San Cristóbal de las Casas is a city in southeastern Mexico with 149,962 residents (2007). The city is located in the state of Chiapas.

Tijuana is a city in northwestern Mexico with 1,403,591 residents (2008). The city is the westernmost in the country and is located on the border with California in the United States and the San Diego area. Together with the San Diego area of ​​the United States, Tijuana forms an international metropolitan area with approximately 4.3 million residents (2007). The areas are fused together, but do not really function as a single area due to the border between the countries and the restrictions in flow between the cities that follow.

Tijuana has become a major tourist and entertainment center for visitors from the United States. It is also a location for many new companies, especially the textile and shoe industry as well as various assembly plants.