Montserrat is a lush, mountainous island of volcanic origin in the eastern Caribbean, belonging to the Lesser Antilles archipelago. It is 16 km long and 11 km wide, which gives it a 40 kilometer coastline.

Monteserrat was named by Christopher Columbus on his second voyage to the New World in 1493, after a mountain range in Catalonia, Spain. Montserrat is often called the Caribbean Emerald, due to its resemblance to the Irish coast and the fact that many settlers who settled on the island came from Ireland.

Montserrat is a British overseas territory. The capital Plymouth was destroyed when the volcano Soufrière Hills erupted in 1995. The eruption continues today, albeit on a reduced scale. The destruction is concentrated in the former capital and the former, now destroyed WH Bramble Airport (destroyed in 1997). A new airport, Gerald’s Airport, was opened in 2005 in the northern part of the island.

The current de facto capital is called Brades and is located on the northern part of the island where it is protected from volcanoes.

Electricity and electrical outlets in Montserrat 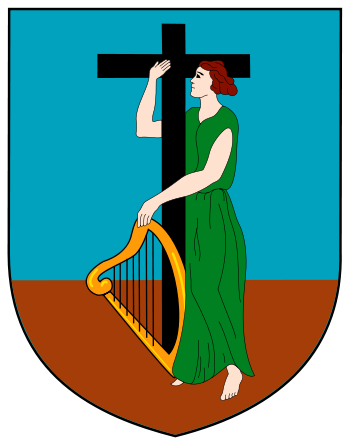 Brades has about 1,000 residents and is the de facto capital of Montserrat. This since a volcanic eruption in 1995 destroyed large parts of southern Montserrat, including the then capital Plymouth. The city’s population, about 4,000 residents, was evacuated for security reasons. The island’s government moved to Brades, but Plymouth is still by law the county capital, as no new one has been appointed.

According to Countryaah, Plymouth is the former county capital of British possession Montserrat. Beginning in July 1995, a series of volcanic eruptions occurred from the Soufrière Hills that spread lava and ash over large parts of southern Montserrat, including Plymouth. It was immediately clear that the city was in danger, and in August 1995, tephra fell over the city and in December, the population was evacuated for security reasons. They were allowed to return a few months later, but in June 1997 a major eruption occurred, the tephra killed 19 people and almost reached the island’s airport. Plymouth was evacuated again and for a few days in August, a series of eruptions destroyed about 80 percent of the city and buried it under 1.4 meters of ash. Most of the buildings burned down, making it virtually impossible to live in the city. It was considered too expensive to dig out the city.

The island’s government moved to Brades, but Plymouth is still by law the county capital, as no new one has been appointed. The destruction of Plymouth posed major problems for Montserrat. It was the island’s largest town, with about 4,000 residents, and most shops, authorities and the government were there. Some of what was lost has been rebuilt elsewhere on Montserrat, but over two-thirds of the island’s population was evacuated abroad.