Panama is located in Central America and borders Colombia and Costa Rica. The state of Panama arose, mainly on American initiative, when it was separated from Colombia in 1903.

In the same year, Panama signed an agreement with the United States, where the United States would build the Panama Canal, and received control over it and an eight km wide strip of land on each side, the so-called Panama Canal Zone. The canal was built by engineering troops in the US Army between 1904 and 1914. In 1977, it was decided that the entire Panama Canal would be transferred from US control to Panama on December 31, 1999.

From the birth of the state, the United States has exercised extensive economic and political influence over Panama, while military and civilian rule have changed in the country. The Mallarino-Bidlack Treaty of 1847 marked the beginning of the United States’ influence over the Panamanian Peninsula. The most recent direct US intervention in Panama’s internal affairs occurred in 1989, when dictator Manuel Noriega was overthrown and taken to the United States, where he was later imprisoned. The US invasion of Panama provoked great anger in Latin America. The United States had long cooperated with dictatorships in the area and Noriega was on the US payroll as recently as under Reagan and helped the Americans finance the guerrilla group Contras, which operated in neighboring Nicaragua.

Panama’s economy is mainly based on a well-developed service sector, which accounts for 75 percent of GDP. This sector includes the Panama Canal, the Colon free trade area, banks, insurance companies, ports, ship registers and tourism. The downturn in the global economy in the early 2000s also affected Panama. To stimulate growth, the government has implemented certain reforms, including in the tax system. It also seeks to develop tourism and regional trade.

The following objects in Panama are listed as a UNESCO World Heritage Site.
The year in which the item was added to the list is indicated in parentheses.

Electricity and electrical outlets in Panama 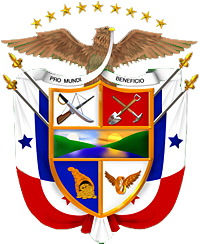 According to Countryaah, Panama City is the capital of Panama and has just over 1.8 million residents (2000). It is located just east of the mouth of the Panama Canal in the Pacific Ocean, and is a financial and industrial center. Panama City was founded in 1519 and in 1903 became the capital of independent Panama. The city was badly damaged in the US invasion in 1989.