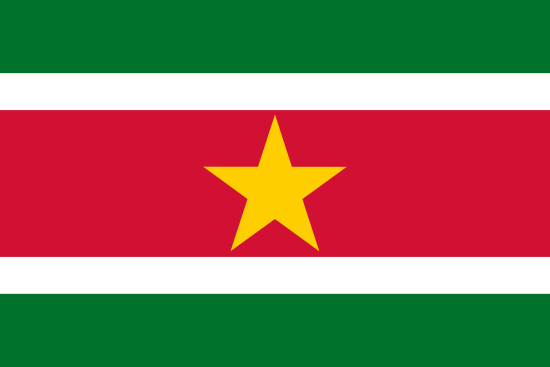 Suriname is South America’s smallest independent country and borders Brazil, Guyana and French Guiana. A large part of Suriname is overgrown with tropical rainforest and there is a very rich flora and fauna.

Before independence in 1975, Suriname was a Dutch colony under the name Dutch Guiana and later Dutch Guiana. In the 17th century, Britain and the Netherlands fought for power over what is today Suriname, and it was finally the Dutch who managed to take control of the area and turn it into a colony. During the rest of the 17th century and also the 18th century, slaves were brought from Africa to the colony and used mainly in agriculture. Many of these slaves, however, managed to escape into the jungle and started small separatist movements there which, among other things, attacked the farms where the other slaves were held captive and forced to work. After slavery was abolished in the 1860s and 1870s, labor was instead imported from India and Indonesia, among other places.

When Suriname became independent in 1975, a total of 300,000 people moved to the Netherlands, almost the same number as the population of Suriname itself today. In 1980, five years after independence, the civilian government was replaced by a military regime declaring the country a socialist republic. The military continued to rule until 1987, although the governments were formally civilian. In 1987, international pressure resulted in a democratic election being held. In 1989, the civilian government was again overthrown by the military, but new democratic elections were held in 1991 and have since been held in 1996, 2000 and 2005.

The forested area is declining because forests are being felled to export timber. Another environmental problem is that inland watercourses are polluted due to mining. About 75 percent of the electricity is produced from hydropower and the rest from fossil fuels. Suriname has many national parks, one of which is on the UNESCO World Heritage List. As much as 12% of the country’s area consists of national parks. Thanks to these and a so far large and relatively untouched amount of forest and rainforest, the possibilities for ecotourism that could provide increased income to the country have begun to be evaluated.

In 2002, 70 percent of the country’s households lived below the poverty line.

The following objects in Suriname are listed on the UNESCO World Heritage List.
The year in which the item was added to the list is indicated in parentheses.

Electricity and electrical outlets in Suriname 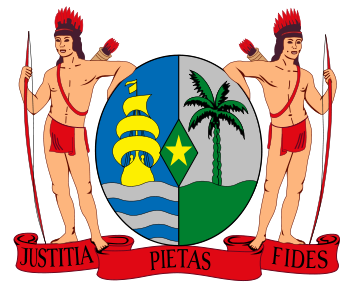 According to Countryaah, Paramaribo is the capital of Suriname, and has about 250,000 residents. The city is located on the Surinam River, about 15 kilometers from the Atlantic Ocean. Paramaribo exports bauxite, sugar cane, rice, cocoa, coffee, rum and tropical woods. The city produces cement, paint and beer.

The British began to build on the area in 1630 and in 1650 Paramaribo became the capital of the new English colony. From 1815 until the independence of Suriname in 1975, the city was ruled by the Netherlands. The residents today consist mostly of descendants of Indian, indigenous, African and Dutch ethnic groups.

Paramaribo has a museum, a cathedral, a fort and canals that are remnants of the Dutch period. In 1821, more than 400 buildings in the city center were destroyed in a fire. A second fire in 1832 destroyed another 46 houses.

In 2002, the Paramaribo Historic Center was added to the UNESCO World Heritage List.