Bolivia is located in central South America and borders Argentina, Brazil, Chile, Paraguay and Peru. On the border with Peru is Lake Titicaca, which is the world’s highest situated, navigable lake.

Bolivia, named after the freedom fighter Simón Bolívar, became independent from Spain in 1825. The country’s history since then includes almost 200 changes of government, often through military coups and counter-coups. During the 1980s, Bolivia became relatively democratic, but the country has severe problems in the form of widespread poverty, social unrest and drug production.

The country is one of the poorest in South America but is rich in natural resources, where natural gas is the largest export product. Since the 1980s, the country has implemented extensive societal reforms to address the social and economic problems, but government sales of, among other things, water supplies have sometimes caused violent unrest.

With its altitude, topographical differences and ecotonic zones, Bolivia has a great biological diversity in the ecological areas that run from the high plateaus of the Andes to the plains of the Amazon through dry valleys, yungas and savannas.

The extensive variation in the ecoregions consists of a large biological diversity that is among the largest in the world and the country belongs to the 17 countries that are part of the Like-Minded Megadiverse Countries. Thanks to the elevation differences from the snow-capped Nevado Sajama at 6,542 meters above sea level down to the Paraguay River 70 meters above sea level, more than 40 different habitat types have been identified.

Although Bolivia is located entirely in tropical latitudes, climatic conditions vary from tropical in the lowlands to polar climates in the higher parts of the Andes. The temperature is mainly due to the height above sea level with minor variations between the seasons. In most places, most rain falls during the southern hemisphere’s summer and the annual precipitation is greater in the south than in the north.

The following objects in Bolivia are listed as a UNESCO World Heritage Site.
The year in which the item was added to the list is indicated in parentheses.

Electricity and electrical outlets in Bolivia 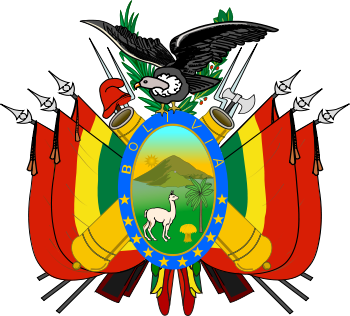 According to Countryaah, La Paz is the third largest city in Bolivia and in practice its capital, although Sucre has been formally the country’s capital since 1839. It is located in the Andes, about 3,600 meters above sea level, making it one of the world’s highest cities. The city has 835,267 residents (2008), with a predominantly Native American population. Together with the even-sized neighboring city of El Alto, which until 1985 was part of La Paz, the metropolitan area has over 1.7 million residents.

La Paz is the commercial and administrative center of the country, and the seat of its government and parliament. The city is an important traffic hub for flights and railways to Chile and Argentina, among other places. There is light industry. The city was founded by the Spaniards in 1548.

Potosí is located at an altitude of 3,967 meters and has 151,996 residents (2008). The city is one of the highest cities in the world and is located near Cerro Rico, a mountain with silver deposits that has always dominated the city.

In 1987, the city was inscribed on the UNESCO World Heritage List.

Santa Cruz de la Sierra, commonly known as Santa Cruz, is a city in Bolivia with 1.5 million residents (2008). It is the country’s largest single city, although the metropolitan area around La Paz and El Alto has slightly more residents in total.

Santa Cruz was connected by a road to Cochabamba in the 1950s and later by a railway to Brazil, which contributed to economic and demographic growth. A steady development of the infrastructure, including an international airport, as well as continued immigration made the city the most important industrial and commercial center in Bolivia.

Sucre is the constitutional and historical capital of Bolivia, with 265,336 residents (2008). Historically, the city has also been called Charcas, La Plata and Chuquisaca, which means that the city is sometimes nicknamed “la Ciudad de Cuatro Nombres” (“the city with four names”).

The city is a typical Spanish colonial city, with narrow planned streets, following the Andalusian model. Andalusian culture has also played a part in the city’s architecture.

In 1991, the city was inscribed on the UNESCO World Heritage List.