Most of the early literature has been lost. works by Lázaro Bejarano. He took the party of the Indians, wrote satires against priests, authorities and noble men and incurred accusations from the Inquisition. Preserved is “Elegías de varones ilustres de Indias” (“Elegies of Famous Men in America”, 1589), one of the longest poems in world literature, in which Juan de Castellanos tells of his rich life in the Caribbean and South America. In the 1600’s and 1700’s there was also a lively theater activity, inspired by Lope de Vega and Tirso de Molina, who visited Santo Domingo in 1616. 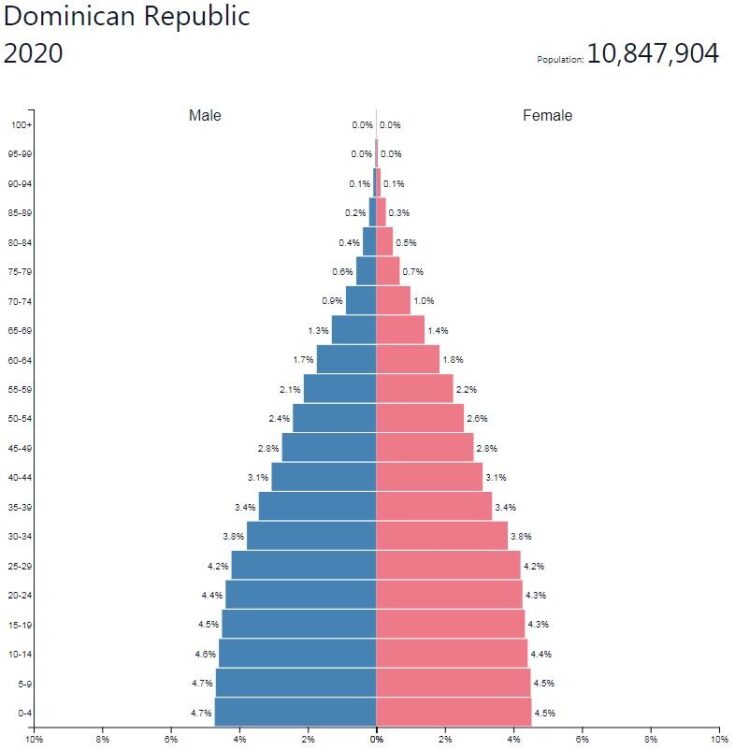 After the liberation from Spain in the middle of the 19th century, the Dominican Republic began to have its own, independent literature. Manuel de Jesús Galván published in 1878 and 1882 his great historical novel “Enriquillo”, about Santo Domingo 1502–33. Among the 20th century writers are the poet Manuel del Cabral, who wrote the popular national poem “Compadre Mon” (1943), the novelist Juan Bosch and the essayist and literary historian Pedro Henríquez Ureña. Among the writers of the last half-century may also be mentioned, in poetry: Antonio Fernández Spencer, Tomás Hernández Franco and Abelardo Vicioso, and in the prose: Hilma Contreras, Virgilio Díaz Grullón, Miguel Alfonseca and Antonio Lockward Artiles.

Church music, as well as dances and instruments of Spanish origin, occurred in the Dominican Republic from the beginning of the 16th century, later mixed with African elements. Composers of art music have been using popular features since the 19th century.

The founding of Orquesta Sinfónica Nacional in 1941 led to an upsurge in often nationalist colored compositions by, among others, Juan Francisco García (1892–1974) and Estéban Peña Morell (1894–1938).

The low-profile dance merengue from the 1930’s is regarded as a kind of national symbol and since the 1950’s is an internationally widespread music genre with icons such as singer and band leader Johnny Ventura (born 1940). Merengue is still played in traditional instrumentation (típico) with accordion, güira, tambora and possibly saxophone and bass, but is most popular in big band style (orquestra) with influences from salsa, rock and disco. As the merengue has become increasingly visually spectacular, women, such as the ladies’ chic Las Chicas del Can, have taken their seats in the previously so male-dominated merengue scene.

A calmer contrast to the merengue’s tempo is the originally rustic, Bolero-like bachata genre, which got urban, subcultural expressions and was banned in the media for a long time in the 1960’s. During the 1980’s and 1990’s, the genre was popularized by mega star Juan Luis Guerra (born 1957) and is today a romantic pop and dance genre in many Latin American countries.

Luis Días (1952–2009) is regarded as the father of the Dominican rock, when in the 1980’s he formed the fusion group Transporte Urbano, which performed socially critical texts and combined folkloric music with rock and jazz. A similar experimental contemporary rock group is Rita Indiana y los Misterios, led by singer Rita Indiana (born 1977). The more conventional rock band Toque Profundo has been one of the most popular indigenous groups since the 1990’s. Although merengue and bachata still characterize music, it is noticeable that young generations are increasingly seeking new, global music trends.