Spanish American modernism at the end of the 19th century produced several important poets in El Salvador: Alberto Masferrer, who was also the editor of the country’s first newspaper, La Patria, Vicente Acosta and Francisco Gavidia. The latter were friends, teachers, and forerunners of the central figure of modernism Rubén Darío in Nicaragua. 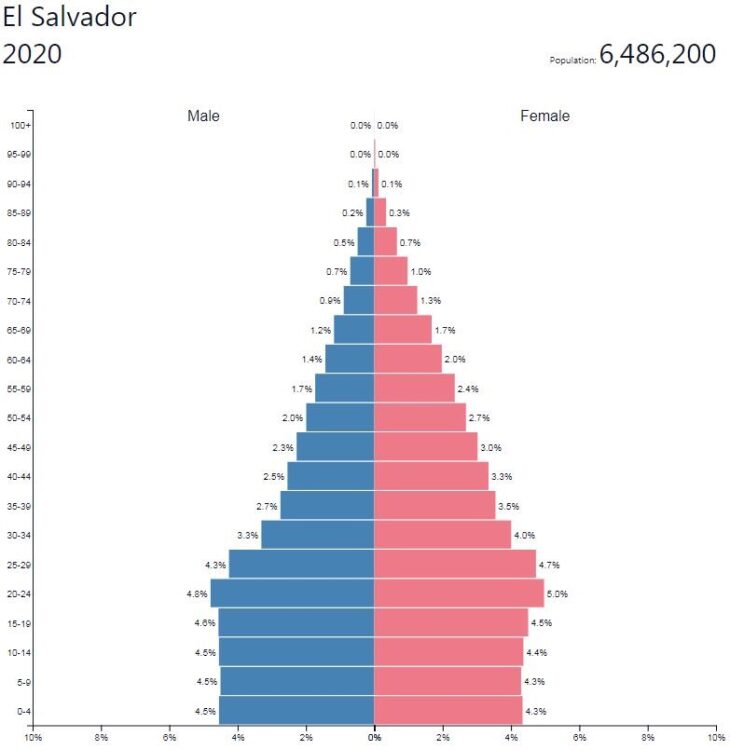 Around 1920, a new generation of poets appeared, who stuck to the specifically Salvadoran. Vicente Rosales y Rosales was a powerful landscape painter. The foremost representative of this new poetry is Claudia Lars, pseudonym of Carmen Brannon, who, with a complete mastery of form and language, sings love and the beauty of the landscape as well as promotes the past and its myths. With her darker tone she can recall the early Pablo Neruda. In this context, mention should also be made of the premature deaths of Alfredo Espino and Serafín Quiteño.

A later generation is Claribel Alegría. She is an anti-rhetorical, very sensitive and deeply human poet, attentive to the violence that people are innocently exposed to.

Around 1940, some poets gathered in El Salvador around Juan Felipe Toruño from Nicaragua in Grupo Seis. Ten years later, a number of young poets formed Grupo Octubre. Founded in 1956 Roque Dalton and Manlio Argueta at the University of San Salvador Círculo Literario Universitario, which became a cultural and political center for resistance to the country’s military dictatorship. The literately richly gifted Dalton was murdered in an internal settlement within the Left. The poet Argueta is best known for his novel “Un día en la vida” (1980; “A Day in the Life”), which reflects the political violence in El Salvador.

Within the prose, Salarrué (Salvador Salazar Arrué) occupied a central place from the 1920’s until his death in 1975. He was also a poet and painter. He is a short story specialist with an unusual ability to portray nature. Salarrué has made E’s literature and art known abroad more than anyone else, including during his time as a cultural attaché in the United States.

The foremost prose writer of the next generation is Hugo Lindo, whose novels with great psychological depth embody Salvadoran reality. Among younger prosaists is José Roberto Cea, who portrayed the harsh political climate of El Salvador. Several of the poets mentioned above are also important prose writers.

Leading playwrights in the early 1900’s were Francisco Gavidia, José Emilio Aragón and José Llerena. Later, the Spanish actor Edmundo Barbero contributed actively to the development of the theater and was of great importance to Walter Béneke and Roberto Arturo Menéndez. The theater in E. has often been socially oriented, sometimes with religious undertones, such as at Menéndez, or in macabre framing, as at Alvaro Menen Desleal in his much-played play Luz negra (‘Black Light’, 1961).

Much of the colonial-era architecture in the capital, San Salvador, was destroyed by several earthquakes in the 18th and 19th centuries. the cathedral and the town hall. The Church of Metapán (1743) and the Pilar Church of San Vicente (1762-69) were built in the Baroque style, with churches in Mexico and Guatemala as a model. In San Miguel in eastern El Salvador, several buildings of the same style are preserved, among others. the Palace of Justice and the City Hall. The influence of Mudéjar style is evident in the Santa Cruz Church in Pachimalco, rebuilt in the 18th century, in the San Sebastián Church (1880) near the capital, and in the Santiago Church in the San Salvador suburb of the same name.

Several public buildings in San Salvador were built in the neoclassical style, among others. the new cathedral and the Palacio Presidencial. The same style was used after the introduction of concrete and steel, e.g. in the Teatro Nacional (1930). An example of influence from newer styles is the Museo Nacional, which was built outside the capital. As in other countries in the region, architecture after the Second World War was influenced by styles from the United States.

Guatemalan- born José Escolástico Andrino (born circa 1817, died 1862), who came to El Salvador in 1845, is usually regarded as the father of Salvadoran music. Among the composers of the 20th century are Ciriaco de Jesús Alas (1866–1952) who composed for military orchestra, while María de Baratta (1894–1978) researched folk music and composed ballet music, songs and piano pieces, often in the nationalist spirit.

The folk music of El Salvador exhibits both pre-Columbian features, for example with the drum drum tun and in some dances, and Spanish influence, as in the dances danza and pasillo, in marches and in the more religious songs aguinaldos and processiones de posadas.

The African influences in folk music can be tracked in, for example, the instrument caramba.

During the 1920’s and 30’s, Salvadoran marimba orchestras toured in the United States and Europe. Francisco “Pancho” Lara (1900–89) was a contemporary song composer, known for the folk song “El carbonero”.

In the context of the civil war and political unrest in the 1970’s-1980’s, the nueva canción movement became of great importance. Protest songs by the groups Cutumay Camones (formed in 1982) and Yolacamba Ita were also spread outside the country. The exile culture that arose in the United States at this time has influenced today’s Salvadoran popular music.

A native variety of cumbia is the most widely used style, with the group Hermanos Flores as one of the leading. In the eastern part of the country there is the string and string based popular style chanchona.

Rock was established in the 1960’s and the time before the Civil War is considered the golden age of the Salvadoran rock. Today, metal, hip-hop and reggaeton have a strong urban footing.