The Haitian literature was born at the same time that the country became independent in 1804, and the merit of it is mainly attributed to the playwrights Fligneau and Dupré. It was strongly influenced by French role models. Romance, Parnass and symbolism gained in Haiti’s representatives in the poets Oswald Durand, Justin Lhérisson and Damoclès Vieux. The United States occupation of Haiti in 1915–34 drove the authors to express their national identity and to study the popular African cultural heritage. Jean Price-Mars and Jacques Roumain published the important magazine La Revue Indigène. Price-Mars wrote basic essays such as “Ainsi parla l’oncle” (“So Uncle Speaks,” 1928), while Roumain’s main contribution to literature was the novel “Gouverneurs de la rosée” (“Gentlemen of the Day,” 1944). Their national consciousness was further developed by poets Philippe Thoby-Marcellin, Émile Roumer and Léon Laleau. depicted Haiti’s nature. Magloire St. Aude took the impression of French surrealism. 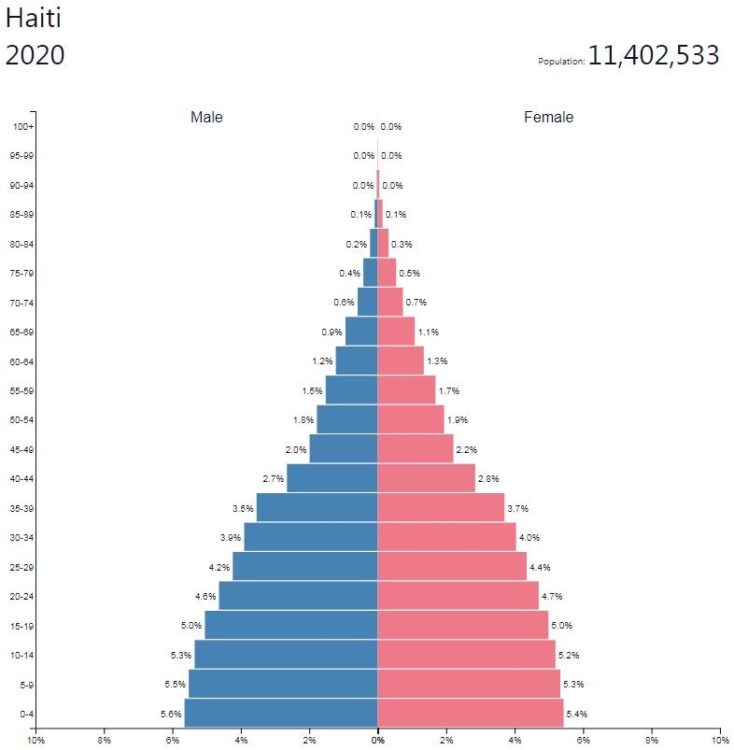 The poet René Depestre and many other writers have been exiled by dictatorial regimes. Jacques Stéphen Alexis, who was tortured to death in 1961, created in his novels a magical realism with roots in popular Haitian culture and religion. Later writers, like Frank Étienne, have started writing in the vernacular Creole language rather than in French.

Haiti’s indigenous population, wiped out by the Spanish and French colonizers, was gradually replaced by African slaves, whereby cults originating in Africa came to characterize Haitian culture. The art rich folk art was appreciated by foreign visitors, among others. surrealist André Breton.

DeWitt Peters, a teacher from the United States, founded the Center d’Art in Port-au-Prince in 1945. The main painters in this circle were Rigaud Benoit, Wilson Bigaud and Hector Hyppolite, who created images with imaginative motifs. Georges Liautaud was a blacksmith who cut fantasy figures in iron plate. He got many followers who formed a tradition. Philomé Obin led Branche Capoise, a branch of the Center d’Art which was founded in Cap Haiti.

A group of artists who departed from folk art founded the Foyer des Arts Plastiques in 1950. Haiti’s most famous artist in recent years is the French resident Hervé Télémaque.

The most notable music in Haiti is the one used in connection with the voodoo cult. Each deity has its typical songs and rhythmic patterns during parties (for the deities or agriculture, against disease and so on) where the deities’ possession of the participants is a feature.

The often intricate patterns are played on the clock eye and the drums petit, second and mother. Petro and Congo are other types of rites with their respective songs, drums and rhythmic patterns. During the RaRa and Mardi Gras carnivals, the bamboo trumpets are played vaccine and percussion, including chachas- maracas.

A national symbol of Haiti since the 19th century has been méringue, a slower variant of Dominican merengue. During the 1950’s entertainment boom, orchestral conductor Nemour’s Jean-Baptiste (1918–85) developed a more modern form of méringue, called compas (or concep), a style that quickly became popular with méringue.

In connection with the short-lived rock and pop wave of the 1960’s, the style of mini-jazz emerged when smaller so-called yey bands with electric guitars started playing compas. The mini-jazz ensemble Tabou Combo (formed in 1968) has toured around the world and is Haiti’s most well-known group. Among the later generations of composers include singer / songwriter Eméline Michel (born 1967). A further development of compas is the smoldering style zouk-love.

When Duvalier’s reign of terror was broken in 1986 and voodoo could be practiced again freely, the music style mizik rasin (or racin) was developed, where voodoo-ocermonial and other folk music are combined with rock. One of the style’s leading groups is Boukman Eksperyans (formed in 1978).