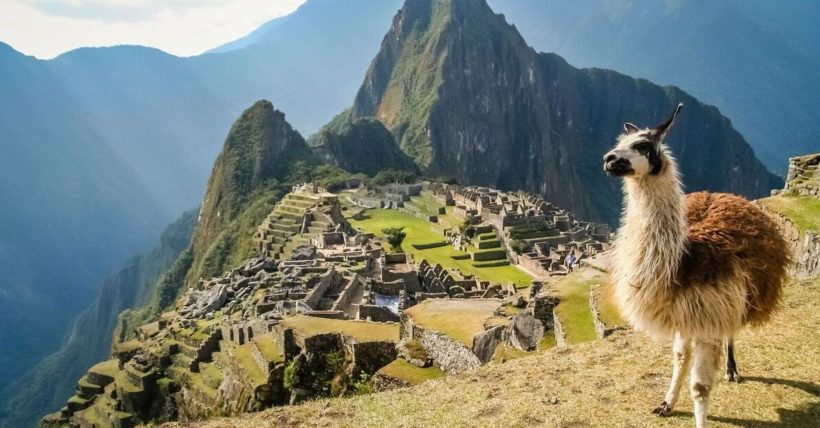 The first Peruvian author of importance was the chronicle writer El Inca Garcilaso de la Vega (1539-1616). The colonial literature was largely a reflection of the motherland’s spiritual life. Juan de Espinosa Medrano (died in 1688) was a hot supporter of the Spanish Baroque poet Góngora, while the satirist Juan del Valle Caviedes shows himself as an independent student of Fransisco de Quevedo.

Pedro de Peralta Barnuevo (1663-1743) is known for his plays. From the colonial era, the satirical portrayal of El lazarillo de ciegos caminantes des Buenos Aires hasta Lima (1773) was also written by Alonso Carrió de la Vandera, but attributed to Calixto Bustamante with the nickname Concolorcorvo. In this connection, mention should also be made of the anonymous drama Ollantay, written in the language of the Incas, quechua. It is considered the most significant literary work written in an American native language.

The freedom movement produced no great poets. The romance did not reach Peru until the mid-1800s, and it got the closest character to home-grown poetry. The foremost name is Ricardo Palma, with his Tradiciones peruanas (8 series, 1872–1891). With these, Palma can be said to have created a genre of his own, which became popular throughout Spanish-speaking America. These “tradiciones” were short stories built around a historical core, or anecdotes and legends from Peru’s past, especially from the colonial era. The regional novel is represented by the author Clorinda Matto de Turner, who above all caught the attention of Aves nido (1889), in which she takes the indigenous people’s party against their oppressors.

The Modernist Movement in Peru was prepared by the radical poet Manuel González Prada (1848–1918), and its most famous representative is José Santos Chocano (1875–1934). José María Eguren (1874–1942), on the other hand, initiates a reaction to the declamatory tendencies within the movement. While Ventura García Calderón (1887-1960) in his novels criticized indigenous peoples, we find greater understanding of their suffering in the realistic narratives of Enrique López Albújar (1872-1966), in the novels of Ciro Alegría and José María Arguedas, and in the short stories of Carlos E. Zavaleta (1928-2011).

Criticism of the bourgeois environment characterizes the stories of Julio Ramón Ribeyro (1929-1994) and the novels of Mario Vargas Llosa (1936-) and Alfredo Bryce Echenique (1939-). Manuel Scorza (1929–1983) noted for his documentary novels.

Among the wartime lyricists, above all, should be mentioned the surrealistic and revolutionary César Vallejo, followed by Alejandro Peralta, with indigenous motifs, and Emilio Adolfo Westphalia.

Poetry generation after the Second World War includes Javier Sologuren, Carlos Germán Belli, Javier Heraud, killed as a guerrilla soldier in 1963, and Antonio Cisneros (1942-2012). Sebastián Salazar Bondy was above all noted as a screenwriter. Other playwrights are Alonso Alegría (1940-) and Julio Ortega (1942-).