Twenty-two languages ​​are spoken in Suriname, and in thirteen of them literature is written. To this is added an oral singing tradition among the caribou. Among writers who write in Dutch can be mentioned Albert Helman with the novel “The quiet plantation” (“The silent plantation”, 1931), as well as Bea Vianen and Astrid Roemer. Edgar Eduard Cairo publishes himself in Surinamese Dutch and Sranan. Dobru (pseudonym for Robin Raveles) and Trefossa (pseudonym for Henny de Ziel) wrote on the sranan. The literary language of the poet Shrinivasi is Hindi and sarnami. Many of Surinam’s writers now reside in the Netherlands. 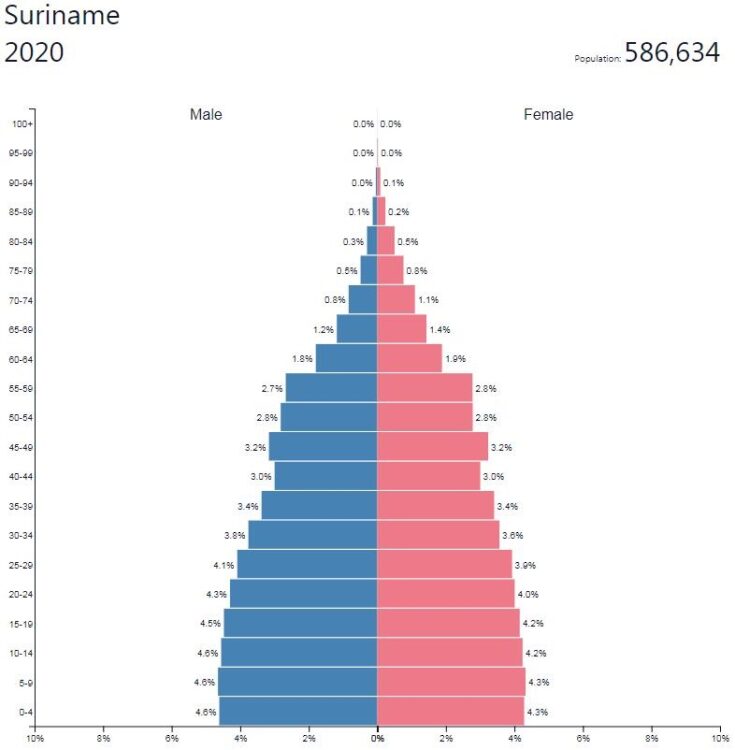 The original settlement in the first capital of Suriname, Torarica, founded about 1650, has not been preserved. The country’s oldest preserved building is Fort Zeelandia in Paramaribo. The first wooden structure, built by the French in 1640, was rebuilt into a five-sided stone fort by the Dutch in 1744. The material that has always dominated Surinam’s architecture is wood, with the exception of important public buildings erected in brick. The oldest civilian buildings are the Presidential Palace, the former Governor’s Residence, and the Bishop’s House (c. 1750), both in Paramaribo. Buildings from the same period are preserved in the towns of Comewijne, Nickerie and Para.

Most colonial-era houses in Paramaribo were built in the neoclassical style following the wildfires of 1821 and 1832, e.g. Ministry of Finance (1841) and the synagogue Ne Ve Shalom (1842). The cathedral SS Peter and Paul (1885) was built in Gothic Revival style. Dutch architects operating in Surinam have generally built in concrete. Since 1960, domestic architects have studied the local conditions and partly returned to wood construction.

The various population groups in Suriname have largely preserved their music traditions. The indigenous people’s music is often of a ritual nature, with bamboo flute as usual accompaniment. The songs of the descendants of the African slaves are not infrequently cultured and accompanied by different types of drums. In addition, Afrosurinams and Creoles in the cities often use the small guitar cuatro, and at parties, so-called cassava bands, with clarinet, saxophone, banjo and percussion, can perform.

The East Indian immigration has contributed Hindu and Islamic songs and party music. The Indonesian group has Javanese orchestras of the old type.

The Kaseko style has gradually been influenced by calypso and rock. One of Suriname’s most famous singers was Lieve Hugo (1934-75) called “King of Kaseko”, who was active in the Netherlands where many Surinamese intellectuals moved before independence. There is also the contemporary group Carlo Jones & the Suriname Troubadours. A new dance music style based on traditional features is the drum- based aleke.