Rural life with the freedom-loving gauchon as a symbol, the liberation from Spanish colonial power and the search for a national identity were central themes in the literature in Uruguay during the 19th and early 1900’s, in the prose with Eduardo Acevedo Díaz and Carlos Reyles and within poetry with Bartolomé Hidalgo and Juan Zorrilla de San Martín. José Enrique Rodó was the foremost prose writer of Spanish American modernism, and among the modernist poets are Emilio Frugoni and Julio Herrera y Reissig, who came to exert great influence on future generations. Horacio Quiroga developed the novel to perfection in its dramatic and cruel stories from the jungle areas of Uruguay and Argentina. Felisberto Hernández was a literary pioneer with his absurdist and fantastic short stories. 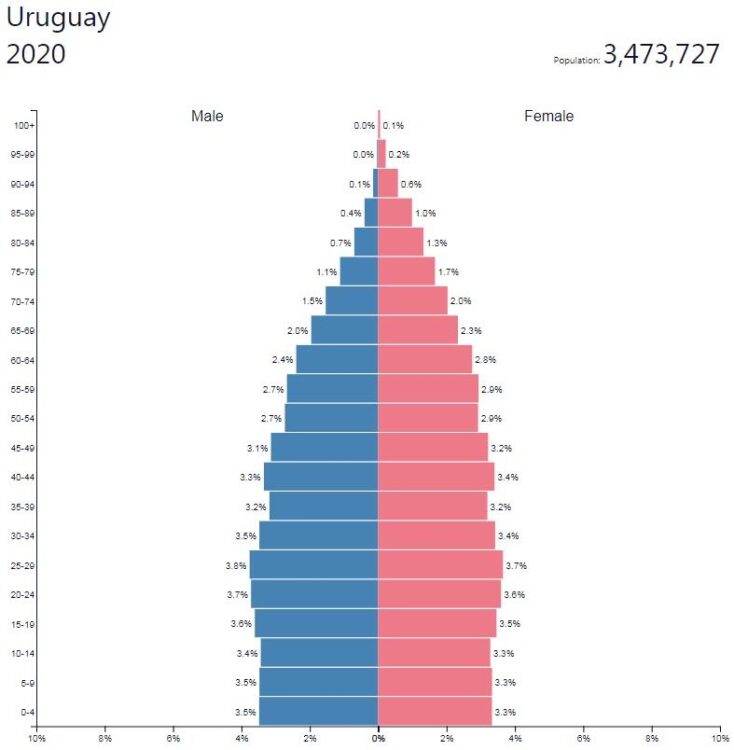 As an increasing proportion of Uruguay’s population applied to Montevideo, the cityscapes grew. Juan Carlos Onetti appears in his pessimistic novels about rootless urban people as one of the foremost innovators of modern Latin American prose. Other insightful portrayals of Uruguayan society are Carlos Martínez Moreno and Mario Benedetti.

Cristina Peri Rossi, in particular, has attracted international attention from recent generations of prose writers. Among the more pure representatives of poetry are Sara de Ibáñez and Idea Vilariño. Some of Latin America’s foremost essays come from Uruguay: Emir Rodríguez Monegal, Angel Rama and Eduardo Galeano. From the 1930’s to the 1970’s, the weekly magazine Marcha played a central role in Montevideo’s vibrant cultural life, and several generations of writers were associated with it.

Florencio Sánchez became a pioneer of theater in Uruguay at the end of the 19th century with his gaucho and peasant dramas as well as city depictions, but also a great inspirer in many Latin American countries. Important depictions of gauchon and pampas were also Ernesto Herrera and Fernán Silva Valdés. Particularly lively was the theater in Uruguay during the first half of the 20th century with the 1937 founding theater of the Teatro del Pueblo and in 1947 the Federación de Teatros founded Independientes, which included a large number of independent theaters. Of particular importance was El Galpón and the Teatro Circular, founded in 1949 and 1952, respectively. During the 1970’s, the dictatorship in Uruguay became crippling to theater life. Recent playwrights include Mario Benedetti, Carlos Maggi, Jacobo Langsner and Mauricio Rosencof.

The area that is today’s Uruguay was populated during pre-Columbian times by non-resident tribes. These left behind a few ceramic objects of ceremonial nature. During colonial times, Uruguay’s culture was influenced by the Guarani culture that had developed in Jesuit missions in northeastern Argentina.

After independence in the early 19th century, art life was dominated by academics such as history painter Juan Manuel Blanes. At the turn of the century, several artists who studied in Europe took the impression of Impressionism, e.g. Carlos María Herrera and Carlos Federico Sáez. Rafael Barradas, Pedro Figari and Joaquín Torres García introduced modernism, and Torres García founded the Taller Torres García art school in 1944, which would have great significance. In this school, among other things, Julio Alpuy, Guillermo Fernández, Gonzalo Fonseca, Francisco Matto, Manuel Pailós and Augusto and Horacio Torres.

Uruguay’s most important art museums are the Museo Nacional de Artes Visuales, the Museo Juan Manuel Blanes and the Museo Torres García, all in Montevideo.

The country was sparsely populated from the beginning and it was built of weak materials – wood and straw – which probably meant that much that was built before contact with the Europeans disappeared. Uruguay became part of the Spanish part of South America but suffered a messy colonial period. Portuguese and British were constantly competing with the Spaniards for the area. However, the simple Spanish style with its simplicity characterizes the colonial architecture. After independence, a relatively small number of Italian and Spanish immigrants came to the country. These brought with it the neoclassical trends of the time. Engineer Eladio Dieste has in modern times with great creativity made his contribution regarding new forms in both traditional and modern materials and techniques. His Atlantean church on the coast is an ingenious structure with wave-shaped and inclined brick walls.

Art music began to develop during the 19th century, usually following Spanish and Italian role models. Nationalist currents appeared in the early 1900’s, primarily with Eduardo Fabini (1882–1950) and Luis Cluzeau-Mortet (1888–1957). Guido Santórsola (1904–94) used atonality in some compositions. The great composer of the 1940’s was Héctor Tosar (1923–2002), who wrote in the neoclassical style, while Antonio Mastrogiovanni (1936–2010) belongs to a later generation.

Indigenous music has not survived to our day. Folk music with European roots is mainly guitar-accompanied song forms such as estilo, milonga, cifra, vidalita and “duel song” payada por contrapunto as well as the dance songs cielito, ranchera and chamarrita. Older music genres of European origin are rondas (ring games), romances (ballads) and arrullos (lullabies). In Northern Uruguay there are Brazilian-Uruguayan mixed forms such as the songs carangüeijo and tyrana and the more religiousfolías del Divino and caboclos.

Among Montevideo’s carnival styles is the drama dance candombe, which has African roots and is performed with conga-type drums. Murga is a street theater where the songs are accompanied by bass, swirl drums and cymbals.

Despite its small population, Uruguay has had a strong popular musical influence even outside the country. The emergence of the Rio Platanese tango is associated with Buenos Aires but developed in parallel in Montevideo with Uruguayan milonga and candombe as important roots. The Uruguayan tango is less exploited than the Argentine but is a national pride, practiced by all generations. World famous is the tango “La Cumparsita” by Gerardo Matos Rodríguez (1897-1948).

In the 1960’s-1970’s folk song wave with nueva canción, singers such as Daniel Viglietti (born 1939), Alfredo Zitarrosa (1936-89) and the duo Los Olimareños (formed 1962) appeared; all forced into exile during the dictatorship 1973–84. Vigliette later toured in Sweden with Jan Hammarlund.

The 1960’s British pop wave got a counterpart in “the Uruguayan invasion” when groups like Los Shakers and Los Mockers (both formed in 1963) made a success in Argentina. Somewhat later, Ruben Rada (born 1943) and Eduardo Mateo (1940-90) with the group El Kinto created the genre candombe beat, with features of candombe, murga, bossa nova and pop. The genre has influenced recent Uruguayan rock.

During the dictatorship, modern and international popular music was countered, which halted the development of rock. It was not until the late 1990’s that the former underground rock began to gain larger crowds. Today, No Te Va Gustar (formed in 1994) and La Vela Puerca (formed in 1995) are some of the most popular bands with a large audience also in Argentina.