In the coastal cities of Belize City and Dangriga, the most common architectural style is called Creole Colonial. The buildings, which are board-lined and have roofs of corrugated sheet metal, are often destroyed by fires and hurricane winds. In Belize City there are the most important buildings: the government palace, a wooden building with a portico and a row of columns from the mid-19th century; Saint John’s Cathedral, from 1826, built in Anglican-style bricks with a dominant square tower and windows with round arches in stone; the courthouse, rebuilt in 1923-26, on two floors with white mortar, located at the mouth of the Belize River. The then capital of Belize City was severely damaged by a hurricane in 1961. Belmopan, a small inland city, became a new capital in 1970. New government buildings were erected, mainly in concrete, in a style that combines classic Mayan style with British-style features, an attempt to link it official architecture to the country’s history. 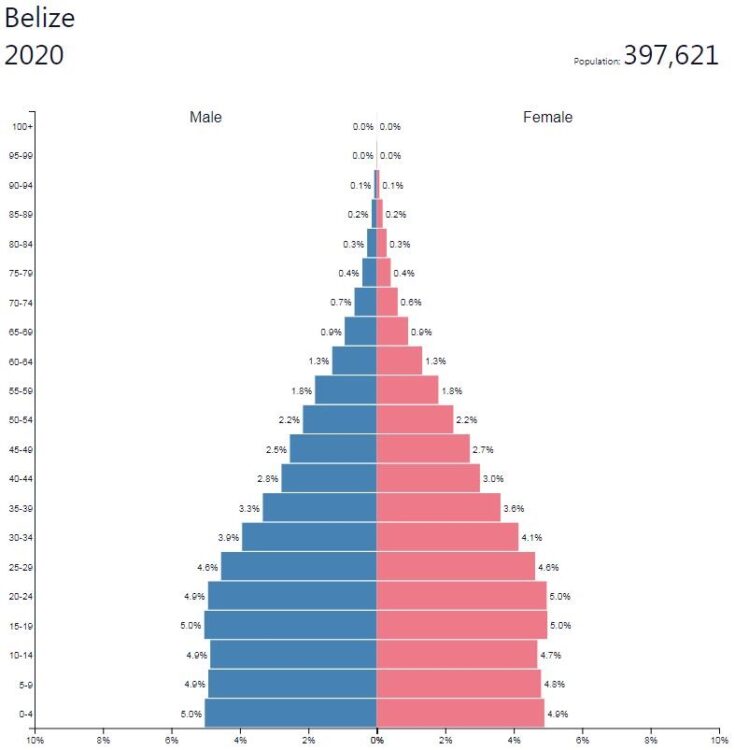 The music in Belize is mainly variants of Caribbean music styles. The most common dance music style is punta with style features from soca and salsa. One of the most famous practitioners of punta is Calypso Rose (born 1940), originally from Trinidad and Tobago. The Mayan Indians’ music is mainly songs accompanied by, among other things, instrumental instruments. Among Black Caribs, men have music with strong African features, while women have music in Caribbean style.

A unique indigenous genre is Brugdown, whose most famous practitioner was the national icon Wilfred Peters (1931–2010). In the late 1970’s, the musician Pen Cayetano (born 1954) created the style of punk rock, which was popularized by Belize’s big star Andy Palacio (1960-2008). Today, punk rock is a popular style even outside Central America.