Colombia is the fourth largest country in South America, and the only one in South America that has a coastline to both the Pacific Ocean and the Caribbean Sea. Colombia has a varied nature and a rich cultural heritage, at the same time as the country is plagued by a high crime rate.

Colombia is located in South America and borders Brazil, Ecuador, Panama, Peru and Venezuela. Colombia was from the 17th century part of the Spanish colony New Granada and became together with Ecuador and Venezuela independent in 1810 under the name Colombia, but in order not to be confused with what is today called Colombia, the then newly independent nation is called Gran Colombia or Greater Colombia . Greater Colombia collapsed in 1830, and the current three countries emerged.

Colombia was previously considered one of the most dangerous countries in the world. The country is ravaged by clashes between the government, guerrilla movements, paramilitary forces and armed drug gangs. Colombia is the world’s largest producer of cocaine. In the 2000s, however, the security situation has improved radically and many cities and roads in Colombia are now safe for tourism. However, this should be seen in the light of the fact that many of the less attractive areas for tourists are even more insecure now than before, especially the smaller cities and the entire southern and southeastern part of the country where locals suffer every day from the internal armed conflict.

Colombia’s largest exports are oil and coffee, but the current oil sources are running low and their coffee prices are low. Emeralds have traditionally been exported, but demand has declined. Exports of bananas, on the other hand, have increased. Another, albeit unofficial, source of income is cocaine smuggling. The drug trade was previously estimated to be close to 30 per cent of GDP, but has fallen sharply in recent years and is now estimated to account for just under 5 per cent of GDP. The drugs are smuggled mainly to the United States and Europe, (90 percent of all cocaine in the United States is estimated to come from Colombia). The regime that previously collaborated with the drug cartels is today fighting against the drug mafia.

Colombia’s national dance is cumbia, a dance from the areas around Cartagena that captures Colombian cultures in one, with African drums, Native American flutes and more European features in dress and dance. In addition to cumbia, they dance several Latin American dances such as merengue, bachata and salsa.

The following objects in Colombia are listed on the UNESCO World Heritage List.
The year in which the item was added to the list is indicated in parentheses.

Electricity and electrical outlets in Colombia 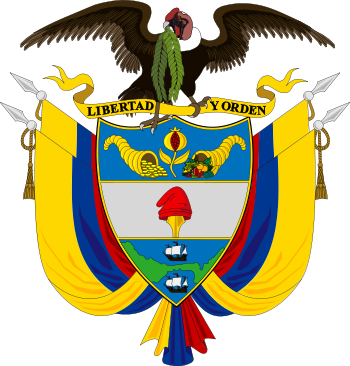 According to Countryaah, Bogotá is the capital of Colombia, and has 7 million residents (2008). The city is located in the Andes, about 2,600 meters above sea level. By the city is also the Bogotá River and by it is the Bogotá Plain, a plateau and valley.

Cartagena is a large port city on the northern coast of Colombia with 1 million residents (2006). It is the administrative capital of the Bolívar department. Cartagena meets the Caribbean Sea in the west. To the south is the Gulf of Cartagena with the two entrances Bocachica in the south and Bocagrande in the north. The film “The Wild Hunt for the Stone” from 1984 takes place partly in Cartagena.

In 1984, the port, fortresses and monuments of old Cartagena were included on the UNESCO World Heritage List. They were Colombia’s first world heritage site.