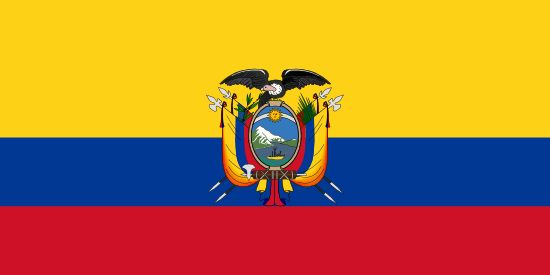 Ecuador is located in northwestern South America, at the equator. The country borders Colombia and Peru. Ecuador also includes the Galapagos Islands archipelago, which is known for the presence of giant turtles, and for having a rich bird life with 58 different species. More than half of them can not be found anywhere else in the world.

Ecuador was one of three countries that emerged when Gran Colombia collapsed in 1830. The others were Colombia and Venezuela. Between 1904 and 1942, Ecuador lost territories in several conflicts with neighboring countries. A border war against Peru flared up in 1995, but was resolved in 1999. Ecuador was part of the Inca Empire and Quito was the capital of the empire then. When the Spaniards conquered the Inca Empire, the Indians in Ecuador were hit hard.

Ecuador has large oil resources and fertile agricultural areas. As the country exports goods such as oil, bananas and shrimp, the economy is highly dependent on world market prices. In 2001, 70 percent of households lived below the poverty line and the income disparities in the country are large.

The following objects in Ecuador are listed as a UNESCO World Heritage Site.
The year in which the item was added to the list is indicated in parentheses.

Electricity and electrical outlets in Ecuador 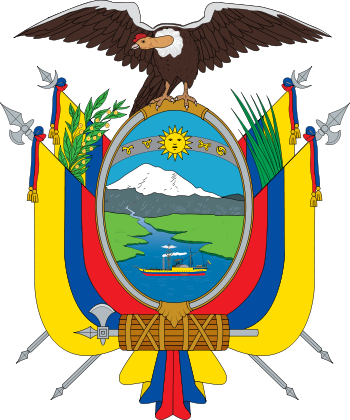 Guayaquil is the largest city in Ecuador, and also the most important trading city. It is located near the Pacific coast in the province of Guayas. Guayaquil has 2.9 million residents (2004). The metropolitan area has 4.4 million residents.

Puerto Ayora is a city in the central Galapagos Islands, and is also the archipelago’s largest city with just over 10,000 residents. It is located on the island of Santa Cruz.

According to Countryaah, Quito is the capital of Ecuador and has 1.4 million residents. The city is located about 25 kilometers south of the equator. Due to the city’s elevated position and proximity to the equator, Quito has a mild climate all year round. In pre-Columbian times, the city was the center of the Kingdom of Quitu and the capital of the Cara people (1000s). It was incorporated into the Inca Empire in 1487 and conquered by the Spaniard Sebastián de Belalcázar in 1534.

In 1978, Quito’s colonial center was inscribed on the UNESCO World Heritage List.