Michigan is a state of the United States. It is known as the birthplace of the automotive industry, but it also has a large tourism industry. Destinations like Traverse City, Mackinac Island, and the entire Upper Peninsula attract athletes and nature lovers from all over the United States and Canada.

Abbreviated as MI by AbbreviationFinder, Michigan (consisting of two large peninsulas) has the longest freshwater coast of any US state due to its location on the Great Lakes and is the state with the most pleasure boats. Michigan has the nickname “Great Lakes State” (State of the Great Lakes).

Michigan is the only state in the United States whose mainland is divided in two. Lake Michigan stretches between the two parts.

Upper Michigan, the northern part, is located between Lake Michigan to the south and Lake Superior to the north. The western part is characterized by the Superior Upland, a highland with a granitic bedrock. The upland consists of several north-east to south-west trending mountain ranges that extend west to Wisconsin and Minnesota.

The Superior Upland has much greater differences in altitude than the rest of the state. The highest point in Michigan is Mount Arvon at 603 m. The Isle Royale in Lake Superior also belongs to Michigan, although both the Canadian province of Ontario and the US state of Minnesota are much closer to the island.

The southern part, Lower Michigan, is located between Lake Michigan (west) and Lake Huron (east). In terms of area, this is the greater part of the state. The vast majority of the state’s population lives in the southernmost third of lower Michigan. All of Lower Michigan and the eastern part of Upper Michigan are part of the Eastern Great Lakes Lowland. This is a flat to hilly lowland and was formed as a result of the glaciers that covered the land in the Ice Age. The average height is 274 m and the lowest point is around 173 m, so there are hardly any noticeable differences in height within Lower Michigan.

Although there is no land border with Illinois, the southwest of the state still belongs to the greater Chicago area, which is faster to reach from there than Detroit.

The climate in Michigan has a special position compared to the rest of the United States. This is due to its proximity to the Great Lakes. These give Michigan a milder climate compared to other states of the same latitude. It is humid and continental (a rather rare combination worldwide) and lies in the cool, temperate climate zone. However, the climates of Upper and Lower Michigan must be considered separately.

Upper Michigan is significantly cooler and has a Nordic climate. The average frost-free period is only 60 to 120 days per year. The winters are very severe and the summers mild. The average annual temperature in Sault Ste. Marie near the border with Canada in northeastern Upper Michigan is 4.3 ° C. The warmest month is July with 18 ° C, the coldest are January and February with −10 ° C. The average annual precipitation is 869 mm and is distributed over the entire year.

The climate in Lower Michigan, however, is mild. The average frost-free time is 180 to 240 days, which is significantly longer than in Upper Michigan. In Detroit (in southeastern Lower Michigan) the average temperature is 10 ° C. The warmest month is July with 24 ° C, the coldest is January with −5 ° C. It can be seen that temperatures are 5 ° C higher than in Upper Michigan. At 18 ° C, the temperature difference is small for a continental country. This is due to the influence of the Great Lakes. In summer they cool the air and in winter they store heat and warm the air. However, the temperature difference is still significantly higher than on the coast of the sea, which is why the Michigan climate is considered to be of the continental type despite the influence of the lakes. The precipitation is here all year round,

Michigan has a diverse economy. The primary (agriculture / mining) and secondary (industrial) sectors are of the utmost importance to the economic area.

Agriculture grew in Michigan in the first half of the 19th century and continues to this day. The main agricultural products are dairy products, corn, soybeans and cattle. Michigan is also a leader in the production of cherries and apples.

About $ 3 billion is earned from crops.

The timber industry does not play an essential role. It is mainly operated only in western Upper Michigan and the wood is mostly used for paper production.

Fisheries also contribute little to the economy. The annual catch is worth only $ 11 million.

Mining plays a vital role in Michigan. It is an important pillar for the industry. There are abundant ore deposits and natural gas and oil are also extracted in the central north and south.

The most important raw materials are iron ore, petroleum, natural gas and copper. The extraction of salt is also very important.

Michigan is also an important exporter of gravel, peat, silver and potash, which are extracted from the numerous swamps.

The mainstay of the economy is industry. Michigan is one of the leading industrial nations in the USA. It is a leader in the manufacture of passenger cars.

Detroit is one of the most important centers. The headquarters of the three major automobile manufacturers Chrysler, General Motors and Ford are located here. Other automotive centers are Flint, Lansing and Pontiac. 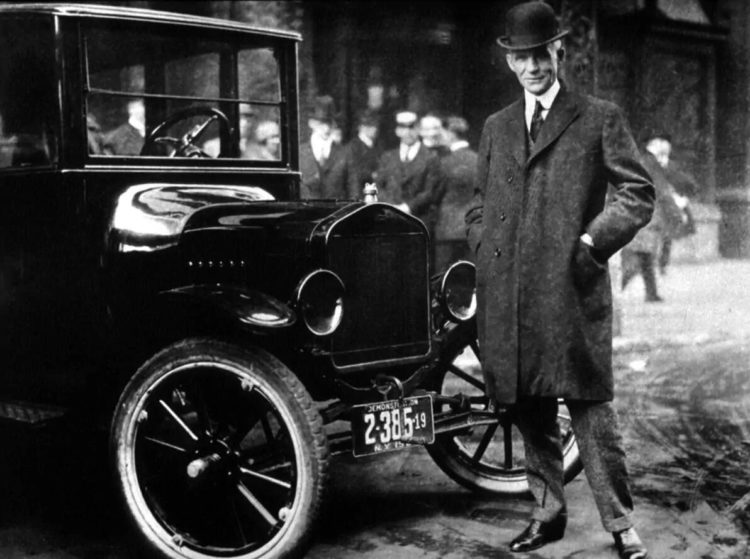 Other important industrial products are engines and construction machinery. Metal alloys such as steel are also manufactured, primarily in Detroit. Food industry and chemical, pharmaceutical products are also important. Michigan industry accounts for 27% of the gross domestic product.

The largest service sector is tourism. This industry brings in $ 6.3 billion annually. This is mainly due to the scenic attractiveness of the state. There are also extensive recreational opportunities, such as water sports and summer swimming in many coastal areas of the Great Lakes. In the cold and relatively snowy winters, the winter sports facilities attract tourists.

Michigan has a well-trained infrastructure. There is an extensive network of highways totaling 189,000 km, 1,890 km of which are interstate highways.

On land, goods are usually transported over the rail network, which is still approx. 4000 km long and, compared to other federal states, well developed, because many rivers are not navigable. However, many secondary railway lines were also shut down in the second half of the 20th century. On the coasts to the Great Lakes there are large port cities for import and export. On the Great Lakes, the Sault-Saint-Marie Canals and the Saint-Clair and Detroit Rivers are significant as they connect Lake Huron and Lake Erie, thus providing a link to the Atlantic Ocean. The Saint Mary’s is also important. This connects the Upper Lake with the Huron Lake.

With the Detroit Metropolitan Wayne County Airport there is an international airport that is one of the largest in the USA.

Also known as Wolverine State / Great Lakes State, Michigan is short for ME with a population of 9,938,444. According to Countryaah, the capital city of Michigan is Lansing and the biggest city is Detroit.