The conflicts with the neighboring countries, the isolation and the search for a Paraguayan identity are recurring themes of the poets in Paraguay, especially Josefina Plá, Herib Campos Cervera, Hugo Rodríguez Alcalá and Rúben Bareiro Saguier. Long-standing dictatorships have driven many writers into exile, such as the socially engaged poet Elvio Romero and the prose writers Augusto Roa Bastos and Gabriel Casaccia, who both in their novels dealt with Paraguay’s tormenting history and caused uproarious debates in their homeland. The traumatic Chaco War against Bolivia 1932–35 has employed a number of prose writers, including Arnaldo Valdovinos, José Villarejo and Vicente Lamas. 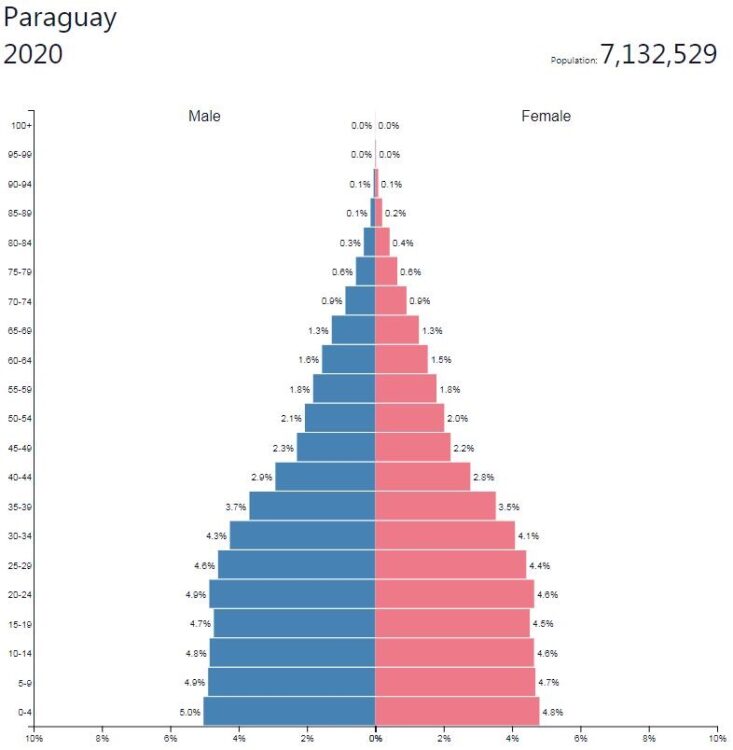 There is significant popular literature in the guaraní spoken language.

The theater in Paraguay. has been built up by several groups who often dealt with the Chaco War in their plays. The country’s foremost playwright is Josefina Plá, who collaborated with Roque Centurión Miranda. Dramatics are also found on guaraní, especially by Francisco Barrio, Julio Correa and Luis Ruffinelli.

The missionary activities of the Jesuit priests in the 18th century gave rise to a religious art that was characterized by the indigenous Guarani craftsmen. Paraguay was very isolated in the 19th century, which contributed to the flourishing of a colorful folk art.

Jesuit priests began missionary work in Paraguay in the early 17th century. They founded so-called missionaries, ideal communities in which the church was the center. The first churches had wooden structures and walls of clay or brick, such as the church of San Ignacio Guazú (1684). Later facades were built in stone, e.g. the church in San Cosme, and from 1725 the churches were built entirely in stone.

Many colonial buildings were demolished in Asuncion when a new town plan was completed in 1821. A new Catedral (1850) and the church Nuestra Señora de Asuncion (1864) were built in the neoclassical style. The capital’s public buildings from the late 19th century are in the same style: Palacio de Gobierno, Palacio del Congreso and Banco del Paraguay. Some of Asuncion’s 1930’s functionalist-style buildings are the Ministerio de Salud and the Ministerio de Obras Públicas.

Architects Carlos Colombino, Silvio Feliciangeli and Luis Alberto Boh began to reintroduce the use of traditional materials from the 1960’s.

The pre-Columbian heritage can be seen in, among other things, various musical instruments, musical arcs, played with the mouth as a resonator, and whistles of wood as a naseré. Music is usually cultically related. The Jesuit missionaries taught the construction of European instruments as well as singing and playing polyphonic music, but these features have been more or less lost.

Polca is the most well-known folk dance form, but apart from its names and some choreographic features it has nothing in common with European polka. It is usually played with harp accompanied by guitar and goes like a gallop at a 6/8 beat. Guarania is a slower version of polca with more lyrical lyrics.

The long periods of dictatorship regimes in Paraguay’s history hampered the development of both art music and popular music. Many 20th-century composers, from both genres, had their roots in urban folk music. Mention may be made of guitar composer Agustín Barrios (1885–1944), Félix Pérez Cardozo (1908–52), who designed the modern Paraguayan harp, and José Asunción Flores (1904–72), the creator of the still popular style of guarania.

Groups such as Los Paraguayos and Los Guaranís have popularized and spread folkloric music since the 1950’s, including to Europe.

A rock music scene has emerged since 1989 but still has mostly an urban audience. Flou (formed in 1997) is one of the most popular bands.