The Spanish conquest and colonial era gained their chronicles in the 16th century in Fray Pedro de Aguado and in the 1700’s in José de Oviedo y Baños. Francisco de Miranda, who was involved in the liberation from Spain, wrote a series of diaries from his travels in North America and Europe, among others. from Sweden, which he visited in 1787. Andrés Bello, who later lived in Chile, pleaded for the peculiarities of Latin American literature. 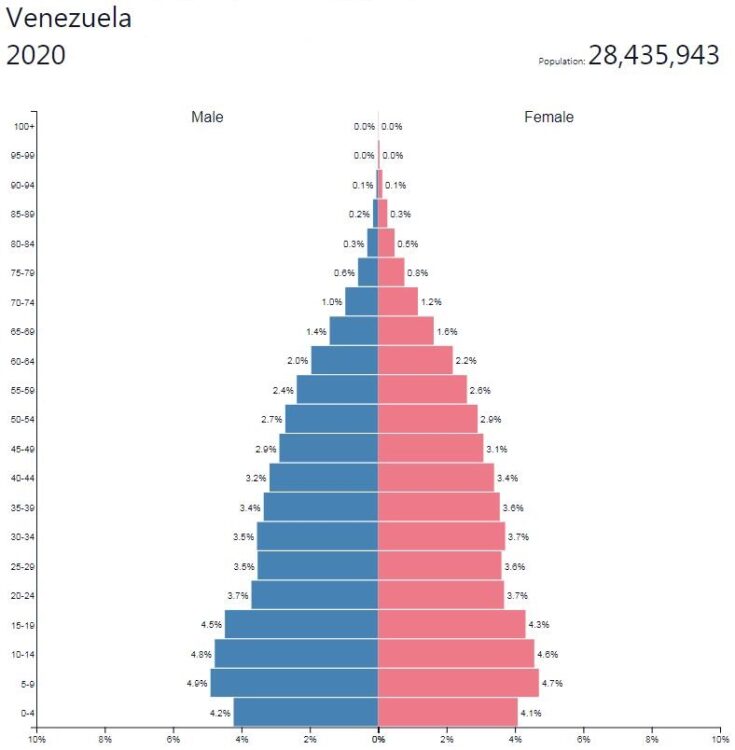 During the early period of independence, Juan Vicente González and Fermín Toro, in verse and prose, represented a romantic interest in the past. His most significant poet got the romance of Venezuela in JA Pérez Bonalde. Towards the end of the 19th century, the realistic novel was cultivated by Manuel Vicente Romero García and Gonzalo Picón-Febres. Manuel Díaz Rodríguez, influenced by symbolism and Spanish American modernism, wrote some of the most significant novels in Latin America at the beginning of the 20th century. Teresa de la Parra used the diary and letter form in her stylistically refined autobiographical novels. Rufino Blanco Fombona dealt with the stormy political life in Venezuela.

The regional, socially engaged novel, which flourished in Latin America during the first decades of the 20th century, got its prime representative through Rómulo Gallegos, who also became president of Venezuela. The country’s political life and history have been elucidated later in novels by Arturo Uslar Pietri and Miguel Otero Silva, which paved the way for the renewal of the prose that happened with Salvador Garmendia, Adriano González León, Luis Britto García, José Balza and Milagros Mata Gil.

The foremost poet in Venezuela during the first half of the 20th century was the socially engaged Andrés Eloy Blanco. Viernes magazine with Vicente Gerbasi and Manuel Felipe Rugeles introduced European and American avant-garde in the 1930’s. After the Second World War, a variety of trends emerged through various journals and poets such as Juan Liscano, José Ramon Medina, Ida Gramcko and Guillermo Sucre. Recent generations include Santos López, Ramón Ordaz and Yolanda Pantín.

Although the theater’s position in Venezuela has been weak and uncertain, during the 20th century the country has produced significant dramas: Leopoldo Ayala Michelena, Ramón Díaz Sánchez and Aquiles Certad. César Rengifo has addressed social problems, Isaac Chocrón has dealt with contactlessness and Elizabeth Schön has grown the absurd theater.

The Academy of the Arts in Caracas was founded in the mid-1830’s. Later, the history painting was developed by Arturo Michelena, and in the early 1900’s several artists revolted against the academic style and founded the opposition Círculo de Bellas Artes in 1912. A prominent outdoor painter was Armando Reverón. After 1945, more and more emphasis was placed on public art. in the then newly built Universidad Central in Caracas. In the 1950’s and 1960’s, Carlos Cruz Díez, Alejandro Otero and Jesús Rafael Soto participated in the development of kinetic art (with elements of moving elements) in Latin America and Europe.

Some of Venezuela’s oldest churches are San Francisco in Caracas (1593), the Cathedral of Coro (1583-1632) and Asuncion on the island of Margarita (1599-1619). The town of Coro has a well-preserved town center from the 18th century. Many colonial buildings in Caracas, on the other hand, have been destroyed by earthquakes. An exception is the capital’s cathedral (begun about 1665), with five ships and a baroque-style brick facade (1711–13). Public buildings in Caracas were built both in neoclassical style, the Church of Santa Teresa (1876), and in the Gothic Revival style, the Museo Nacional (1883).

The functionalist style was introduced in Venezuela in the 1930’s and 1940’s. Architect Cipriano Domínguez became a forerunner when he designed Centro Simón Bolívar with 30-storey skyscrapers in central Caracas. Venezuela’s most renowned architect is Carlos Raúl Villanueva. He designed the modernist school Gran Colombia (1939) and low-cost houses in the areas of El Silencio (1940) and 23 de Enero(1957), all in Caracas. His most important work was the university town of Ciudad Universitaria (1944–52) in Caracas. The various buildings, sports facilities and several independent schools were reached by covered corridors that beamed together at the library and hall. The buildings integrated works of art by international artists such as Jean Arp, Alexander Calder, Fernand Léger and Victor Vasarely. Other architects who worked in Caracas were José Miguel Galia, Gustavo Legorburo and Jesús Tenreiro. Carlos Gómez de Llarenas designed Teatro Teresa Carreño (1983) in Caracas.

Art music was mainly cultivated through the church until Italian influence began to be felt in the late 18th century. From the second half of the 19th century, the romantic style dominated, with composers such as José Angel Montero (1832–81), while national romance and late romance during the first half of the 20th century existed primarily with Vicente Emilio Sojo (1887–1974). His student Antonio Estévez (1916–88) was more influenced by neoclassicism but also worked with electron music during the 1960’s.

The classical pianist Gabriela Montero (born 1970) has become internationally renowned for her exceptional improvisational ability, where she introduces both art musical and Latin American style expressions.

Indigenous music, e.g. among the Guajiro and Yanoamo Indians, have not been significantly affected by European or African influences. The Afro-Venezuelan music in mainly the coastal regions includes dance and music styles such as golf, guasa, joropo (which is something of a national dance) and baile de tambor, in which one can trace influence from the Congo area, among others. in terms of singing style (often responsorial), drum types and rhythmic patterns. Spanish roots, with more or less African influence, are found in children’s songs and songs with religious content, such as tamunangue. Styles like pasaje, golf, corrido and puntocan be seen as entertainment music; the two later accompany narrative songs. Polo is a more romantic singing style. Common instruments are maracas, various types of conga-type drums, harp, the small guitar types cuatro (four strings), cinco (five strings), tiple and the mandolin- like bandola and bandolin.

An influential music profile in the 1950’s and 1960’s entertainment music was Aldemaro Romero (1928–2007), the creator of the genre evil nueva, developed from joropo, jazz and bossa nova.

One of the earliest Latin American rock groups to gain a reputation outside of South America was the 1960’s band Los Impala, which sang British-influenced pop in Spanish. In the nueva canción movement emerged Alí Primera (1942–85), known as the “El Cantor del Pueblo” (“People’s Singer”), whose music is today considered part of Venezuela’s cultural heritage.

From the 1970’s progressive rock scene is noticed the versatile composer Vytas Brenner (1946–2004) and the still active group Ficcion. Most forms of rock and pop music have incorporated Caribbean rhythms and the interest in salsa, with superstar Oscar D’León (born 1943), is very large, as are the native varieties of calypso (calipso), shell and merengue.

The traditional llanera music (with the typical joropo) is found in many popular variants with status similar to country music, but also in more experimental forms. An artist from the Latin pop mainstream is singer and songwriter Ricardo Montaner (born 1957), who is still a bestseller in the Spanish-speaking world. International reputation has gained the band Los Amigos Invisibles (formed in 1991), which, like many rock bands in Venezuela, is characterized by style mixes.

The political development of the new millennium has made it difficult for many musicians, which has, however, favored the emergence of largely autonomously produced electronic music, with names such as DJ artist Patafunk (born 1978). Many, like the indie group La Vida Bohème (formed in 2006), have chosen to work abroad.