From Bolivia comes one of the foremost literary documents of the Spanish colonial era, the 18th-century chronicle “The History of the Villa Imperial de Potosí” (“The Imperial City of Potosís History”), written by Bartolomé Orsúa y Vela. Political independence at the beginning of the 19th century meant no literary flourishing in Bolivia. Only at the end of the century, with the literary liberation in Spanish America under the name el modernismo, the country can showcase original writer’s talents, especially Ricardo Jaimes Freyre. With his collection of poems “Castalia bárbara” (“A Barbarian Castile”, 1897), he tested a great skill in rhythm and metrics and paved the way for the free verse. Thematically, the book goes back to Nordic mythology, partly in Richard Wagner’s vintage. At the beginning of the 20th century, the modernist school produced two more important poets in Bolivia: Gregorio Reynolds and Franz Tamayo. 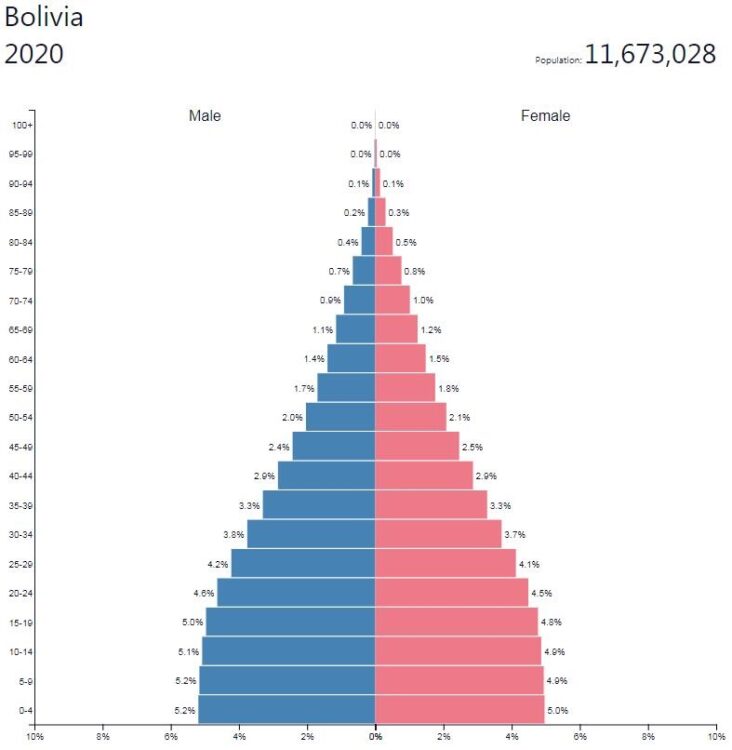 Armando Chirveches also started out as a modernist poet, but is best known for his novel “La candidatura de Rojas” (“Roja’s candidacy”, 1909), about a failed politician. This book describes Bolivian reality at the turn of the century, in urban and rural areas. The Bolivian 20th century prose is deeply rooted in the political and social situation, with class contradictions that have taken on even more brutal terms than in neighboring countries. Alcides Arguedas, Augusto Céspedes and Raúl Botelho Gosálvez are the leading representatives of this realistic novel. Later generations have dealt with the Bolivian Revolution of 1952, the military dictatorships that followed and Che Guevara’s death in the country in 1967. These authors include Néstor Taboada Terán, Ted Córdova Claure, Adolfo Cáceres Romero and Renato Prada.

The first film screenings in Bolivia were held in 1897, and there is evidence of a sporadic film production from 1906. Luis G. Castillo, active from 1912, is considered the country’s first known director of journal and documentary films. The first feature film of longer format is José María Velasco Maidanas (1896–1989) “La profecía del Lago” (1925) and the first sound film is Luís Bazoberry’s (1902–84) “La guerra del Chaco” (1938; also called “El infierno verde ”).

In 1947, American Kenneth Wasson formed the documentary company Bolivia Films, in which Jorge Ruiz (born 1924) directed films such as “Sebastiana” (1953), “The Shed” (1958) and “Alaska Mine” (1968). The Instituto Cinematográfico Boliviano (ICB) Film Institute was created in 1953 and mainly favored the short documentary film. More than 400 were produced under the auspices of the ICB in 1953–62. When the film school-educated director Jorge Sanjines became the head of the ICB in 1965, he immediately came into conflict with the military regime. Socially critical films such as “Revolution” (1963), “Ukamau” (1966) and “The Blood of the Condor” (1969) by the film collective UKAMAU with names such as Sanjines, Óscar Soria (1917–88) and Antonio Eguino (born 1938) were partially supported from the ICB.

During the 1970’s, Sanjines lived in exile but continued to make films in, among other things. Peru and Ecuador. At the same time, in Bolivia, writer Soria and director Eguino initiated a collaboration in films such as “Chugiago” (1977) and “Amago mar” (1984). Sanjines returned to the register with the festival-praised “La nación clandestina” (1989).

Around Lake Titicaca in the Andes, during the period 400–800, one of South America’s oldest civilizations, Tiahuanaco, flourished. Its building art was highly developed, especially with regard to stone buildings, which can be compared with those of the Inca culture. The most important example of this is Puerta del Sol (the Sun Gate), which is considered to be the entrance to a temple and a larger building complex where the sun was worshiped.

During the colonial era, the Spanish colonizers created a series of settlements primarily for the purpose of exploiting precious metals in the central and highest parts of the country. The metals were transported through Argentina, a contact that made the architecture related to the Argentine interpretations of the Spanish popular way of building. Like other Latin America, religious architecture – churches and monasteries – became numerous examples of simple stone buildings with baroque-style decorations.

In more modern times, the modern French and English schools were mixed in Bolivia; later functionalism also gained entry into the country’s architecture.

During the Jesuits’ mission in Moxos and Chiquitos in the 17th and 18th centuries, music played a central role. Thousands of unique music manuscripts from this era, by both European and native composers, were rediscovered in the 1990’s and provide inspiration for a recurring international Baroque music festival.

In the 18th century, church and worldly music flourished mainly in Charcas, now Sucre. Juan de Araujo (1646-1712), known for his villancicos, was chaplain at the cathedral. From the Declaration of Independence in 1825, La Paz began to become more and more important as a music city, with newly started music schools and theaters. Towards the end of the century, interest in indigenous culture increased.

More nationalist composers, such as Simeón Roncal (1870–1953) and José María Velasco Maidana (1899–1989), drew inspiration from folk music and Native American mythology. Of the contemporary composers, Alberto Villalpando (born 1940) appears to be the most interesting.

The pre-Columbian music was mostly pentatonic, monophonic, in two-beat rhythm and performed on the edge flute quena, the pan flute siku and zampoña and various types of percussion. The Spanish conquest meant that guitars and harps, among others, were assimilated and could contribute a harmonic-rhythmic accompaniment. Tarka and pinkillo are flutes that may have been influenced by the European recorder. The string instrument charango and the bomb drum have European models.

Two-stroke dances with roots in pre-Columbian styles are, for example, huayño, diablada, morenada and takirari. Later there were styles in three or six bars such as cueca, bailecito and carnival, with Spanish influence.

Bolivia is a multi-ethnic country with many music styles and genres, but is internationally almost exclusively associated with Andean music. This began to be noticed by the cultural elite after the nationalist revolution in 1952 and was reshaped by the Los Jairas group in the mid-1960’s to suit an urban audience. In a standardized form (música folklórica), Andean music has since been popularized by groups such as Los Kjarkas (formed in 1965), which toured around the world (also in Scandinavia). Their song “Llorando se fue” is the original of the 1980’s hit “Lambada”.

During the 1980’s and 1990’s, the Nueva canción tradition was revitalized by, among others, singer Emma Junaro (born 1953) in a style called canto nuevo, partly influenced by Brazilian music.

Among rock artists are the groups Octavia (formed in 1988) and Azul Azul (formed in the early 1990’s), which have had some international successes.