One of the great 16th-century chroniclers, Bishop Gaspar de Villaroel, hails from Ecuador. He criticized Spain’s unfair treatment of the colony and pleaded for it to be taken care of by those living there. A rich but imaginative description of Ecuador gave Father Juan de Velasco 1789 with his “Historia del reino de Quito” (“The history of the kingdom of Quito”). At the same time, a Baroque poet, Jesuit paternal Juan Bautista de Aguirre, appeared with poems which exhibited a great wealth of forms and metaphors, under the influence of, among other things. Góngora and Quevedo. The ideas of the Enlightenment and the French encyclopedists and – in conjunction with them – the idea of ​​liberation from Spanish colonial power got an energetic spokesman in the mistress Francisco Eugenio de Santa Cruz y Espejo, who also published and himself wrote the first newspaper in Ecuador, Primitives of the Cultura de Quito. The liberation struggle is defeated by José Joaquín de Olmedo, who exchanged letters with Simón Bolívar and wrote a famous poem about his victory in the Battle of Junín in 1824. 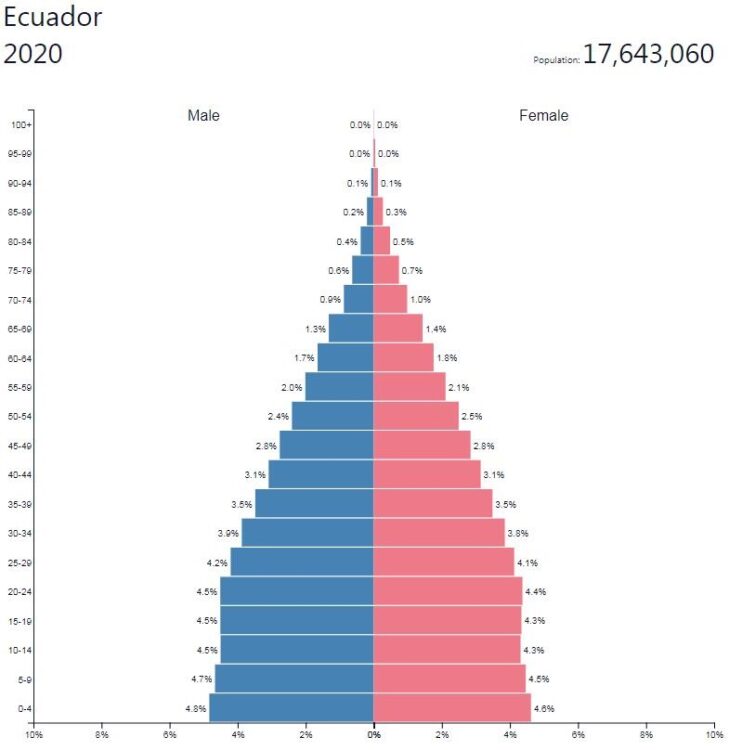 Juan Montalvo was one of Latin America’s foremost prose artists during the 19th century. In his writings, he turned to injustice, poverty, corruption, military and church abuse of power, local and national despots in Ecuador. He was at times forced to live in a country escape, but through his writings he actively contributed to the fall of two dictators in his homeland. Essän was his main form of expression, but he also foreshadows the realistic novel with social content that would grow very strongly in Ecuador during the 20th century.

Spanish American modernism produced no great poets in Ecuador, but a work on an exquisite, refined prose, although to its content melodramatic: the novel Egloga trágica (‘Tragic Shepherd’), written by Gonzalo Zaldumbide 1910-11 but first published in 1956.

However, it was the realistic novel that proved to have a particularly favorable soil in Ecuador. It was often written by writers with a socialist or communist basic view. Jorge Icaza’s work highlights the brutal exploitation of the indigenous peasantry up in the Ecuadorian Andes. Alfredo Pareja Díez-Canseco, in his novels, often addresses the conditions in cities with prostitution, unemployment, violence and corruption. A special Guayaquil group includes Demetrio Aguilera Malta, Enrique Gil Gilbert and Joaquín Gallegos Lara. They write about life in the lowland areas of the Pacific. Gil Gilbert has dealt with the conditions of the rice workers. In his novels, Adalberto Ortiz has taken up the oppression directed at the blacks. Beginning as a novelist, Benjamín Carrión moved to the essence and performed a major cultural act as director of Quito’s Cultural Center. Of the young writers who have further developed the realistic novel in Ecuador, Eliécer Cárdenas is the foremost.

The great portal figure in 20th century poetry in Ecuador is Jorge Carrera Andrade with an extensive production in which the home country’s physical and visual presence is constantly strong, despite himself spending many of his years abroad, as a fugitive or as a diplomat. Another great poet was Gonzalo Escudero. These two began a flowering of poetry in Ecuador which then continued with writers such as Jorge Enrique Adoum, César Dávila Andrade, Euler Granda, Efraín Jara and Julio Pazos as well as groupings of poets such as Presencia, Caminos, Generación del 60, Nosotros and Tzatza.

Several of Ecuador’s novelists and poets have also written for the theater. In his youth, Jorge Icaza traveled around the country with his own dads of experimental type. Demetrio Aguilera Malta has been of great interest to the theater. People from his novels often return to the play. Poets Jorge Enrique Adoum and César Dávila Andrade are also playwrights. Italian Fabio Pacchioni has been of great importance to the theater life in Ecuador through the 1964 Teatro Ensayo, which in his direction he conducted extensive touring activities, often to remote places and clean jungle villages. Teatro Ensayo, affiliated with the Quito Cultural Center, has also had a large educational activity and inspired new writers to write for the theater, including. José Martínez Queirolo, Sergio Román, Simón Corral and Javier Ponce.

From about 3000 BC The election culture began as one of the first cultures on the American continent to develop ceramics and build structures in sun-dried bricks. The dream of the continent’s gold deposits seems later in the colonial period to have been the reason why Ecuador became a stronghold for the Spaniards.

Quito presents examples of Spanish neoclassical and Baroque building art. The cathedral from the 16th century is a simple structure with interesting light in the ceiling. The Jesuit Church in Quito, built in 1605–89, is one of the prime examples of Spanish Baroque, so-called churrigueresco. Quito has a well-preserved colonial city center that is included on UNESCO’s World Heritage list.

With the introduction of modernism in Ecuador, a very eclectic contemporary architecture has been obtained.

Western art music was cultivated from the early 16th century at the church chapel, mainly in Quito. In the same town a music school was founded in the early 19th century and in 1870 the national music conservatory. Segundo Luis Moreno (1882–1972), Luis Humberto Salgado (1903–77) and Pedro Pablo Traversari Salazar (1874–1956) count as nationalist composers, with frequent use of folk music elements. Mesías Maiguashca (born 1938), now active in Cologne and living in Germany, works with electronics and multimedia, among others.

The folk music of Ecuador reflects the regional population groups. The songs of the Jívaro Indians have a triad-based tone repository, while the music of the Indians and Masters in the mountain area is characterized by the pentatonics and instruments of Quechua culture, mainly pan flute and other flute types, but also by European instruments such as harp and guitar.

Examples of typical songs and dance songs in Ecuador are curiquinga, yumbo, danzante, pasillo, albazo and bomba. The coastal area exhibits more African influence, with instruments such as marimba (xylophone) and cununo drums and song dances such as bamboo and patacore.

The melancholic pasillon, considered a national symbol, is still very popular in modernized form. Rock has a large audience, but the music industry is small. However, thanks to the internet and social media, the underground scene with a wide variety of styles has started to grow strong with names such as indie pop band Munn and vocal artist Fabrikante.